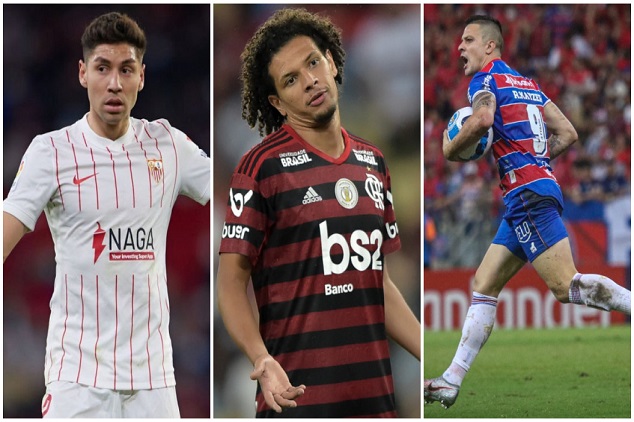 Flamengo makes a proposal for a side and may lose three, reinforcement at Corinthians and Grêmio: football news

Right-back Mauricio Isla is packed to leave Flamengo. Without many spaces in the team and contested by the fans on several occasions, the experienced 34-year-old athlete is in advanced negotiations to head to Universidad Católica. According to information from journalist Venê Casagrande, the player will agree to a three-year contract with the club in his country. Isla is already traveling this Saturday (18) to Chile, and should return on Monday or Tuesday to conclude and sign the contract termination with Flamengo.

According to journalist Venê Casagrande, two players will not have their exit made difficult by Flamengo in case of proposals, namely: goalkeeper Diego Alves and midfielder Willian Arão..

FLAMENGO FORMALIZES PROPOSAL BY SIDE

O fans.com found that Flamengo formalized late on Friday night (17) a proposal to hire Gonzalo Montiel on loan until December 2023. In addition, the document provides for the purchase of part of the economic rights at the end of the agreement.

RENATO KAYZER CAN AGREE WITH THE GRÊMIO

Grêmio’s management confirms that they are interested in forward Renato Kayzer, 26, who is out of space at Fortaleza and can be negotiated in the mid-year transfer window. According to information from Rádio Gre-Nal, the managers already admit that the player “is on the radar” for the continuity of the 2022 season.

VITAL WILL RETURN TO CORINTHIANS

Vital returns to Brazil after the end of the loan with Panathinaikos, from Greece. The midfield awaits proposals and a return to Corinthians is not ruled out.