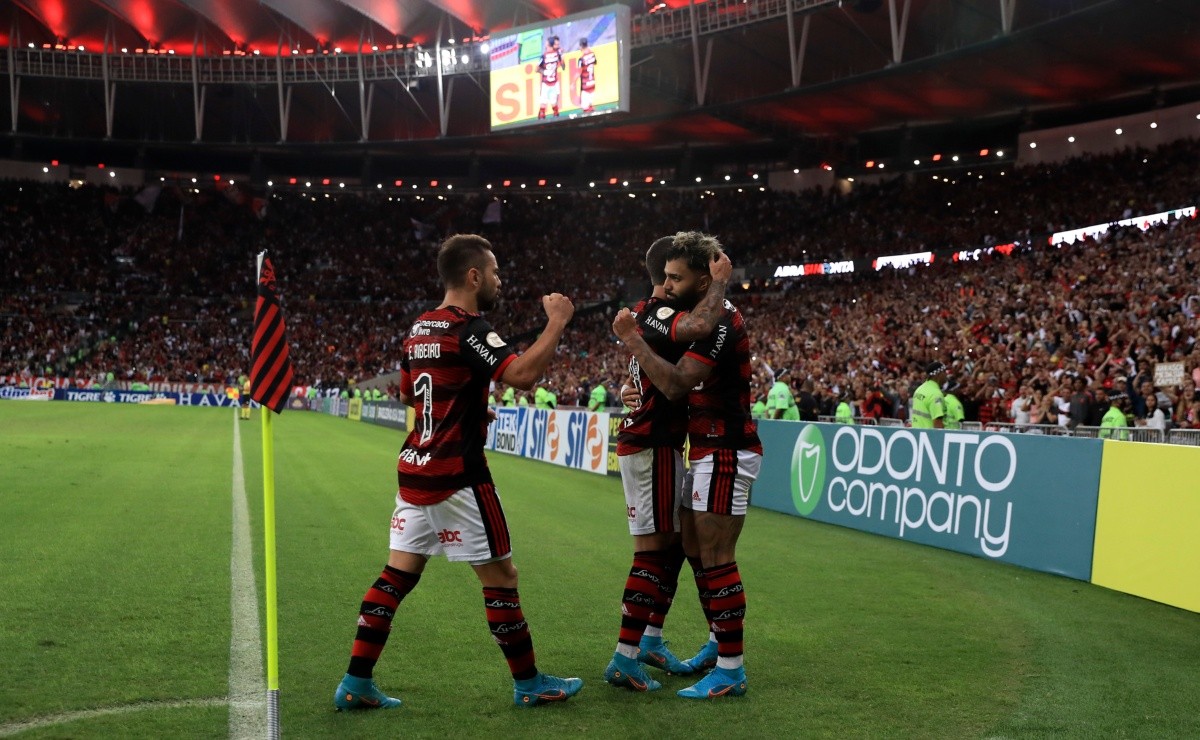 Flamengo has not yet responded to the offer

The Brazilian Everton Cebolinha is the new Flamengo player for the next 4 years. After a lot of rumor involved, the carioca club agreed to pay what Benfica asked and closed with the striker. Everton is already in Rio and speaks as an athlete of the carioca club.

“Very happy with the Flamengo shirt. It was always a dream to wear this shirt. I hope to be very happy and win titles”, said.

As he prepares to be able to announce Everton, the defender Leo Pereira may be leaving Dorival’s team in the next few days. The GE informs that the player received a proposal of R$ 25 million from Mexican football to leave Brazil in July, when a new window opens.

The source says that Leon, who was once Fla’s executioner in Libertadores, wants to have the defender on loan for a season, with an option to buy 5 million dollars (R$ 25.7 million) at the end of the period. Fla has not yet responded to the Mexico club’s proposal.

In addition to Léo Pereira, Rodrigo Caio may be leaving Flamengo. The defender started following Jorge Jesus’ team on social media and the rumors grew more and more. However, with the sale of Léo Pereira, Fla can put a stop to the Turkish team’s kind of attempt.