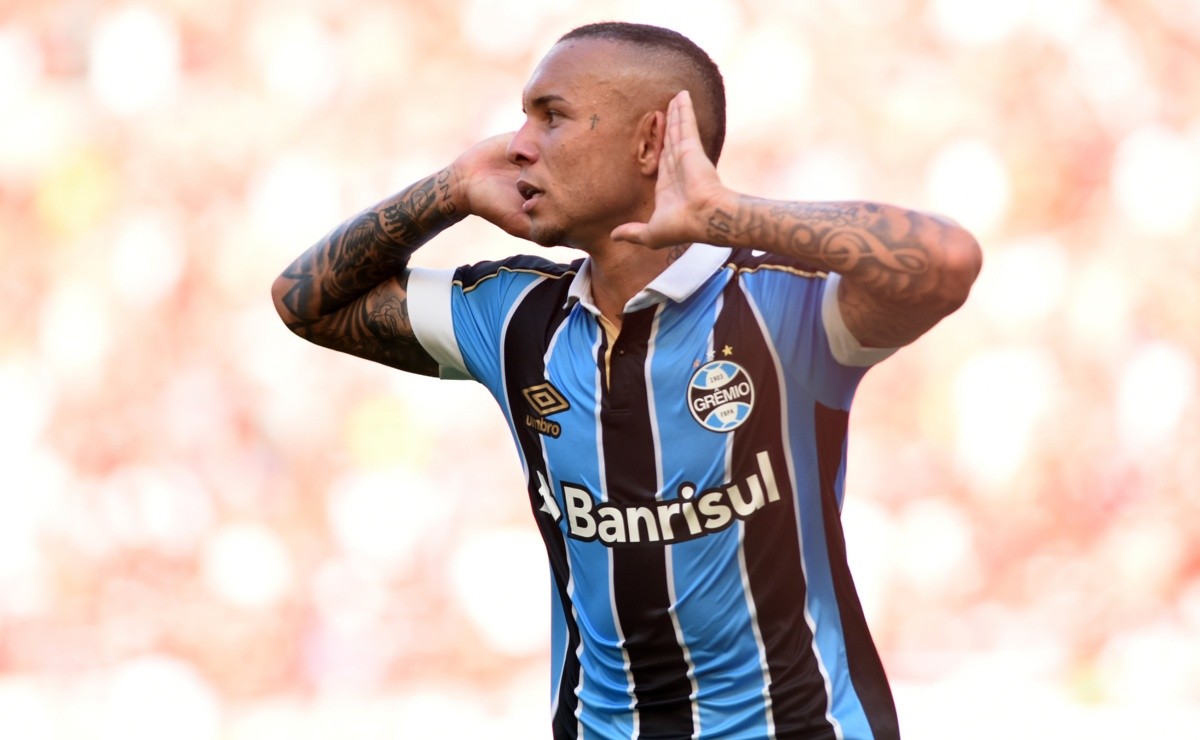 “Just joy”; Now at Flamengo, Everton Cebolinha was already the joy of the red-blacks in 2019

At the time, the striker played for Grêmio and made the flamenguistas happy

O Flamengo hired its first weight reinforcement for the mid-year window: Everton Cebolinha. The arrival of the striker, ex-Grêmio, comes at a great time, especially after the Bruno Henrique injury. With the arrival of the player, the Club gives signs that the renewal in the squad is being carried out. If the flamenguista will only be able to celebrate a goal by the top scorer in July, when he is regularized, it remains to remember the time a grêmio player made the party of Rubro-Negro.

With the arrival of Dorival Júnior, the team from Rio de Janeiro is already showing changes on the pitch. In addition to changes in the lineup, such as that of goalkeeper Diego Alves, the Urubu team moved from 15th to 10th. The performance on the field starts to please, but the market movements are what are really getting the crowd excited. The arrival of Everton Cebolinha, hope of plays on the sides of the field, made the flamenguist return to the year 2019.

That’s because on the day 24th of November of that year, the entire Nation was celebrating the title of the second Liberators of the Club’s history. There were 42 million people on the streets across Brazil celebrating the conquest of America. About that, Palmeiras and Grêmio faced each other for the 34th round of the Brasileirão. The São Paulo team entered Allianz Parque that day, in 2nd place, 13 points from leader Flamengo. Needing a victory, defeat ended the chances of titles for Alviverde.

And that’s how Everton Cebolinha helped to crown one of the more special weekends for the red-blacks since the 1981 World Cup. Grêmio beat Palmeiras, with the opening goal coming from the new signing of Flamengo, from a penalty. The carioca club then won Libertadores and Brazilian in less than 24 hours, even without entering the field, something never done before. When Cebolinha debuts on the Maracanã lawns, probably in July, he will be sure that the first goal for Flamengo he has already scored, back in 2019.

Previous Joe Biden falls off his bicycle during a walk on a beach in the United States; watch
Next Governor reports ‘fierce battle’ in Severodonetsk, strategic city in eastern Ukraine – News