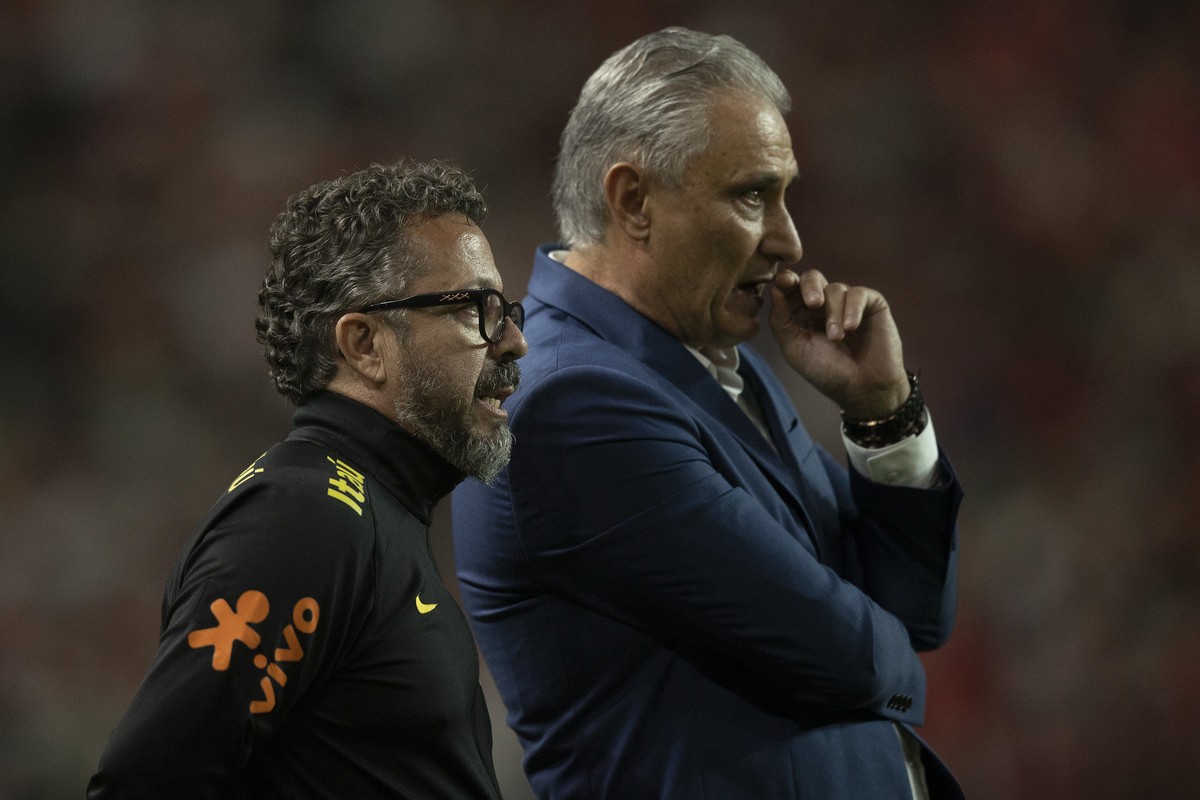 Tite reveals that he received contacts from Real and PSG and says: “Everyone asks how I handle the pressure” | Brazilian Team

The coach of the Brazilian national team, Tite, told in an interview with the English newspaper “The Guardian” that he received contact from Real Madrid before the 2018 World Cup. years in office before the Qatar World Cup, to review his signing.

– At the World Cup (just before), they (Real Madrid( said they wanted to talk and I said “no, I won’t talk, don’t come close”. I want to be at peace with myself and my work. I’m doing my best When you do something in parallel, it’s not being done to the fullest. I can’t do that. I received offers from Real Madrid, PSG and Sporting. But I didn’t want that. I want to win the World Cup. After the World Cup. Mundo, I will decide my future – said Tite.

To the English newspaper, the coach also reaffirmed that he does not intend to work in Brazilian football after the World Cup – with or without the title. And he admitted that everything can change with the cup in hand.

– If you win the World Cup, you will have an open market. You can choose. I’m not going to lie: my idea is definitely not to work in Brazil. I want to spend a year with my family, take a gap year, study, not having any responsibility because the responsibility is too big. If something comes from outside, it will happen. Now I have the responsibility and the joy of being the coach of the national team. I won’t even talk to anyone – assured the coach.

Tite told behind the scenes that he involved a player from the Brazilian team in his club and reacted on the envy that people feel about the yellow shirt. He reported that “an Italian coach” played with Miranda, a defender who was a player for Internazionale, after Brazil’s elimination to Belgium.

– (He said to Miranda): “What is it like to be eliminated by Belgium?” I heard this from Miranda and told Miranda that he (the Italian coach) will never know that feeling because he has never coached a national team like Brazil or even his own national team. That’s envy. That’s why you asked him. A lot of people are jealous of Brazil. They don’t admit it. Perhaps it is the most envied team in the world – said the coach, before following the reflection.

– It’s about disrespect and envy. This is the legacy I carry, the legacy we carry, the story of having Pelé, Zagallo, Tostão, Garrincha. If Zagallo is criticized, how can he not be? Is Brazil the most envied? I think so, but when I go out everyone asks me how I can handle the pressure of being the coach of the Brazilian team – revealed the coach.

By admitting that he has more players today than in the recent past, Tite also responded about his main star, Neymar. In fact, he made it clear that the number 10 of the Selection remains the protagonist of his team.

– Neymar is Neymar. He remains our biggest star. The difference now is that the glow is diluted by nearby stars that can also shine. The greatness of Neymar is that he understands this. Of the growth of these boys. He encourages the boys to level up. Time and experience provide that maturity, he said.