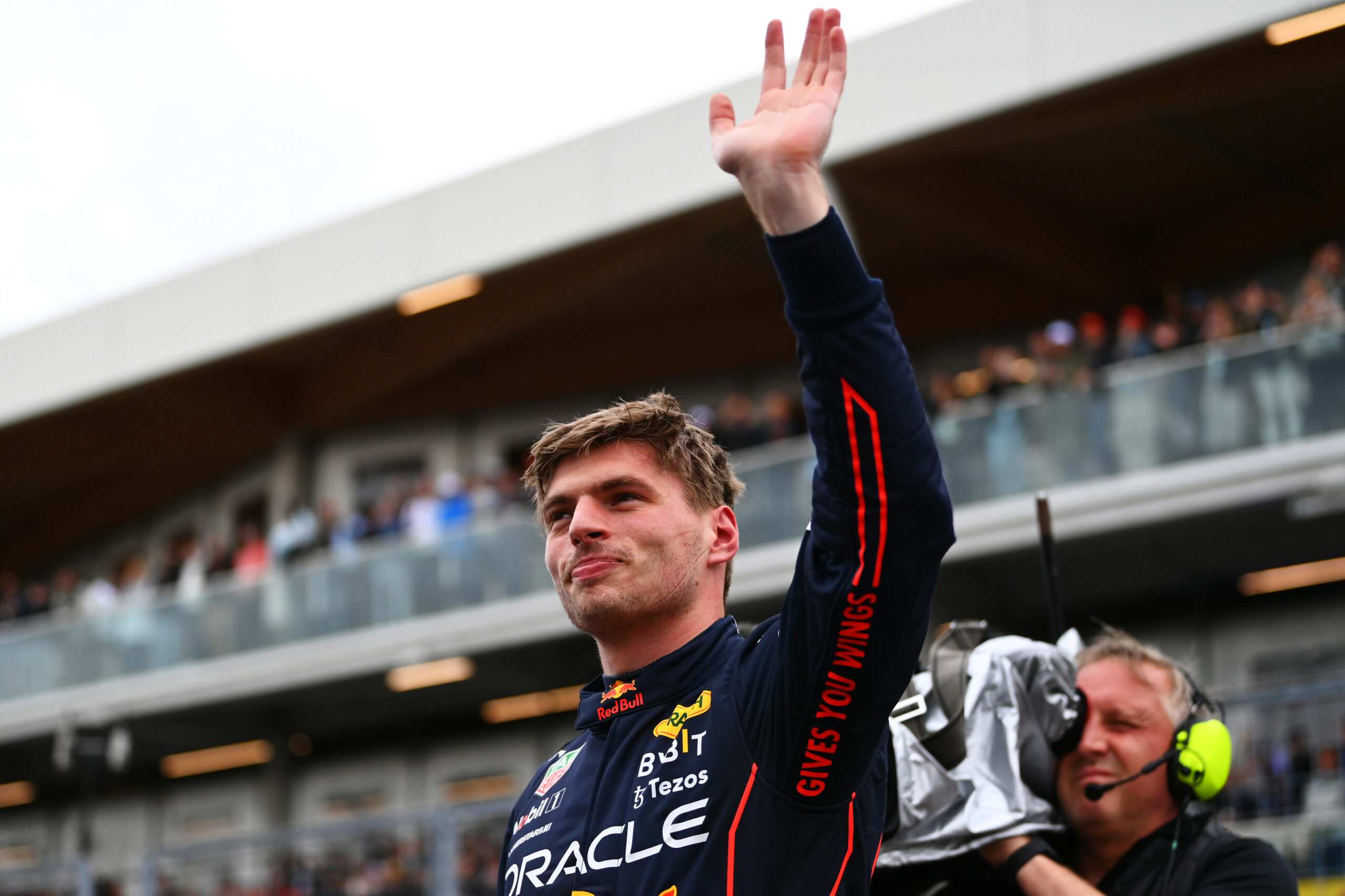 Not even the rain that fell in Montreal was able to change the leadership of Formula 1 this Saturday (18). That’s because Max Verstappen was not intimidated by the adverse conditions that took over the Gilles Villeneuve circuit and went fast. The world champion led all stages of the classification and did not give anyone a chance. Verstappen is favorite to win and tends to expand the gap he already has at the top of the Drivers’ Championship.

The thesis is confirmed not only by the ease with which the Dutchman took pole position at the Canadian GP in the wet, but mainly by his performance on a dry track on Friday of free practice. Max used the high-speed sections of the Canadian circuit to his advantage to establish a strong pace, especially on the medium tyres. At least in Montreal, Red Bull managed to reduce the small difficulties that Verstappen still faces with the RB18, and this explains in part the enormous dominance that the driver exerts since training.

“Yesterday I think we had a good balance in the car,” revealed Max. “It can also be a bit more track-dependent, on street circuits in general: you need more balance up front – or it would be nice to have a car like that, which I don’t think was the case for me in the last two stages. But then, in the race, things changed. Because then you’re looking for a slightly different balance. So yeah, let’s see tomorrow. I’m looking forward to it. The whole weekend so far has been good. We have to finish tomorrow”, added the championship leader.

In any case, Verstappen has the performance in Montreal in his hands in any condition. And better: the closest rival doesn’t even wear red. Fernando Alonso’s sensational comeback at the end of Q3 ended up making the Dutchman’s life a little less complicated, despite the Spaniard’s ‘promise’ to attack from the front row.

“It was a very impressive qualifying for Max today: even in adverse conditions, he was on top of things in all three free practices. When the track starts to dry out during the session, it’s always an extra challenge, you need to make sure you’re on track at the right time, so nice work by the whole team to secure pole”, said bull boss Christian Horner. .

“Meanwhile, it was a fantastic qualifying for Alonso, I know he will be motivated tomorrow, but Max needs to focus on the start, get off to a smooth start and stay ahead in the first corner, to keep pushing hard. We expect a good race and a dry track”, he added.

Interestingly, Alonso tends to have one of the most interesting roles in Montreal. Sharing the front row with Verstappen, the two-time champion sees his chance for a podium materialize in the straight-line speed of the Alpine car. Although he doesn’t have the same performance as the Dutchman in this regard, the performance may even shuffle the start of the race into a possible more cautious reaction from the pole, but it will certainly be a headache for Ferrari – it must be said that Alonso (and Haas , it is quite true) ensured the element of surprise that every classification with rain needs to have.

READ TOO
+Verstappen and Alonso share the 1st row: the starting grid in Canada
+Verstappen celebrates pole in ‘difficult situation’: ‘We kept calm’
+Alonso praises Alpine and promises attack on Verstappen ‘at the 1st turn’
+Leclerc relies on pace to ‘climb the peloton as fast as possible’

The case is that the Italians don’t have the same efficiency on the straight and are lacking. As is known, Charles Leclerc has to escape the setbacks and impose a strong recovery race if he still wants something in 2022. Therefore, the responsibility of saving Maranello is on Carlos Sainz’s shoulders. The Spaniard starts in third and cannot take advantage of the improvement on the track because he made a mistake in the final attempt. The problem is that the configuration is now more geared towards the wet floor than the dry one – which tends to happen this Sunday.

“I think we’re in a good position for tomorrow,” noted the ferrarist. “I think it will be a good fight with Max up front, let’s see what we do with Fernando [Alonso], because he has been very fast all weekend. So let’s see what happens,” she added.

The Ferrari problem: the pace is better with the soft tires than the medium ones. And the yellow ones are the compounds of the race. “There is a wide degradation between soft and medium, but medium offers a better pit-stop window and more handling than soft, so there are many options in this strategy,” says Pirelli in a statement.

“Starting with the soft and switching to the hard tire is also viable for a stop, but it compromises the race by the need for an early stop. The big unknown is safety cars, but there is no way to prepare for them other than considering as many options as possible.”

It was in July 2012 that Fernando had last started in the front row. Formula 1 barely had ¾ of the current grid running in the category, that is, 15 of the current 20 drivers. Those were other times. That season is, by many, seen as the best season we’ve had in the century because it allowed many to win. Alonso was a Ferrari driver and only lost the title in that formidable Brazilian GP in which Sebastian Vettel ran on the first lap, almost retired, managed to recover and took the third title from the Spaniard. Fernando knows he has no chance of winning or fighting for the title. There was even talk that there would be an internal dispute with the reserve Oscar Piastri to see if his F1 life would continue in 2023. How to dismiss Alonso after his performance in the rain? How to question its quality and thus place it in a kind of raffle in which its history would simply be left aside?

Alonso has a lot to deliver to Alpine since Alpine gave Alonso a “megacar”, as he defined it. The response to Max Verstappen at the press conference after qualifying was joking, of course, but the “old man” can, yes, go around the first corner after the start paired with the Dutchman from Red Bull and the second, with preference to him in front. That can be, at least, for Alonso to feel like a top pilot. The “old” is still new in soul and delivery.

O BIG PRIZE accompanies all the activities of Formula 1 LIVE and IN REAL TIME. On Sunday, the start is scheduled for 15:00 (from Brasília, GMT -3).

Previous What will the air group on board the new Chinese aircraft carrier ‘Fujian’ look like? – Naval Power
Next Gunmen who killed Paraguayan prosecutor on honeymoon sentenced to 23.6 years in prison