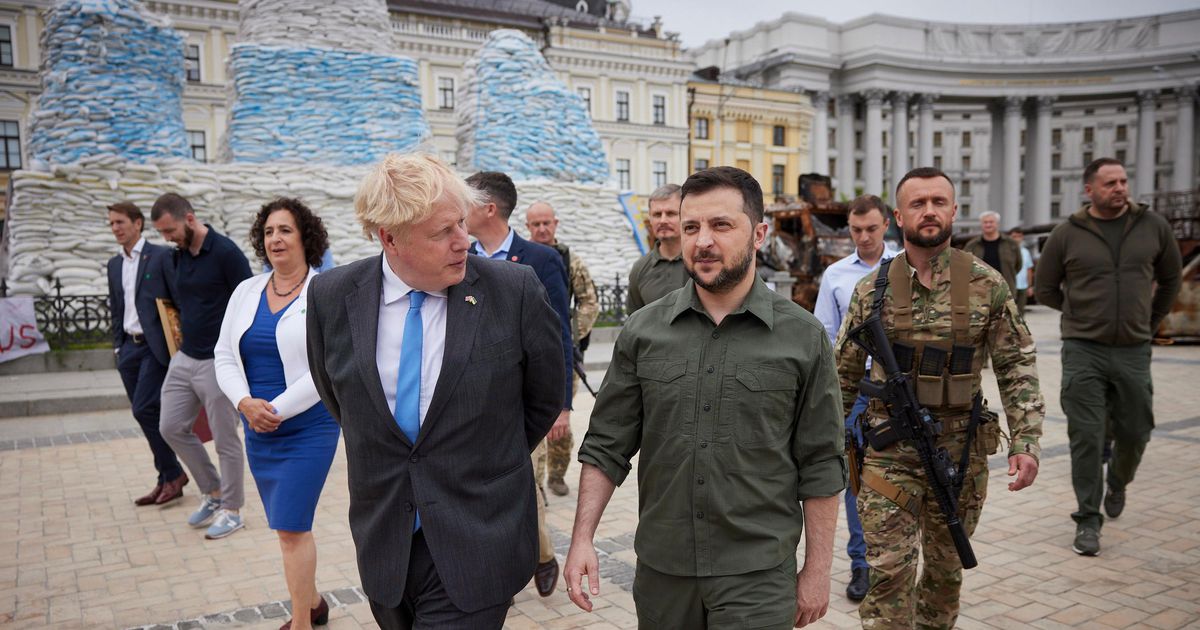 THE The European Commission on Friday endorsed Ukraine’s request to join the bloc.. The initiative has enormous symbolism, at a time when the Russia imposes itself militarily in eastern Ukraine. And it is accompanied by renewed promises on the part of the Germany, France and Italywhose rulers visited Kiev on Thursday from maintain military, economic and political support for the country.

Contrary to Vladimir Putin’s rhetoric, what motivated the Russian invasion was not Ukraine’s remote entry into NATO, frozen since 2008, when he ordered the invasion of Georgia. THE Russia invaded Ukraine in 2014 after the fall of President Viktor Yanukovych, amid popular protests, for giving in to Putin’s pressure and giving up on joining the European Union (EU).

This year’s invasion is a continuation of the campaign started in 2014, in which Russia took 8% of Ukrainian territory. Putin fears that a democratic, prosperous, European neighbor will be an inspiration to Russian citizens.

Four days after the invasion, on February 28, Ukrainian President Volodmyr Zelensky formally filed a request for fast-track entry into the EU, accompanied by an appeal: “Our aim is to be with all Europeans and be like them. I’m sure we deserve it.”

The war gave new meaning to European — and Western — values, by pitting an authoritarian regime against a democracy; a nuclear power aggressor to a smaller and vulnerable country, but whose people show a moving courage and an impressive willingness to sacrifice themselves for their freedom and dignity. All this speaks very deeply to the soul of Europeans, whose parents and grandparents had their stories marked by the same courage and sacrifice.

On his visit to Kiev, French President Emmanuel Macron rephrased his earlier statements that it was necessary “not to humiliate Russia”. He reaffirmed this notion, but added that a peace agreement presupposes a return to pre-2014 borders. He said: “Ukraine is resisting. She has to be able to win.”

Chancellor Olaf Scholz, criticized for not helping Ukraine as much as Germany could, said: “We don’t just want to show solidarity, but to ensure that financial, humanitarian and weapons aid will continue.”

The German Defense Ministry said the 15 Gepard tanks with promised anti-aircraft guns would be delivered in July, and the Panzerhaubitze 2000 soon. France has already promised 6 more Caesar units of truck-mounted artillery, in addition to the 12 already delivered.

It is far short of what Mikhailo Podoliak, Zelensky’s military adviser, estimates it will take to defeat Russia: 1,000 155 mm guns, 300 multiple rocket launchers and 500 tanks. NATO is holding a summit on the 29th and 30th in Madrid, and those requests will be on the table.

* HE IS A STATE COLUMNIST AND INTERNATIONAL AFFAIRS ANALYST

Previous Flamengo makes a proposal for a side and may lose three, reinforcement at Corinthians and Grêmio: football news
Next Meet 8 franchises to invest using bitcoin