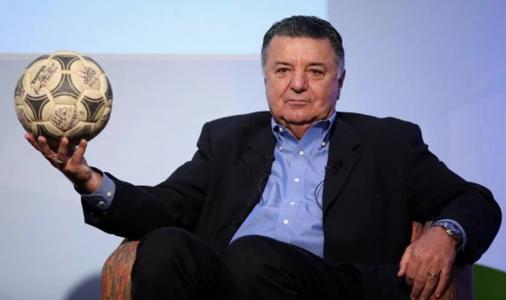 Internacional and Botafogo played a very controversial game last Sunday. After a confused performance by the referee in Beira Rio, Arnaldo Cezar Coelho decided to analyze a goal disallowed by Colorado in the final minutes of the match.

The offside marking invalidated Gabriel Mercado’s header that would possibly culminate in Internacional’s winning goal. Through Twitter, the former referee stated that the line drawn by VAR did not convince him.

– Inter scored a goal at the end and VAR made a line that did not convince me of the irregularity – published Arnaldo Cezar Coelho.

Even with the participation of VAR, the bid raised doubts in many fans and viewers who followed the match. Despite the contested offside, this was not the only controversial attitude taken by the referee on the field. Early in the match, the referee signaled a penalty for Internacional and sent Philipe Sampaio off, claiming that the ball touched the defender’s arm. Savio Pereira Sampaio’s decision caused a lot of anger in alvinegro fans.

With one player less since the beginning of the match, Botafogo found the strength to beat Internacional by 3-2. For all the context that revolved around the confrontation, the game will be marked in the history of the carioca club.

Previous ‘Like Wife’ in the Afternoon Session: Adam Sandler and Jennifer Aniston have a recent film available on Netflix
Next Former Apple Engineer Explains Why the First iPhone Didn’t Have Copy & Paste