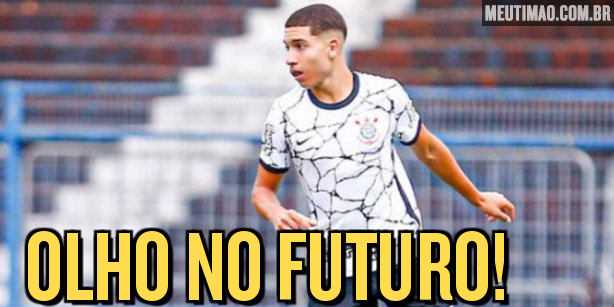 As found by the report of the My Helm, William Magiezi’s new contract will last for three years. The established time respects the limits determined by law in Brazil for athletes under 18 years of age.

On social media, William celebrated the achievement and highlighted that it was the realization of one of his biggest dreams. The athlete also thanked the club, family and businessman for their trust – see post below.

William arrived at Corinthians at the age of 14 and established himself as a defender last season, still in the club’s Under-15. The athlete was one of Timão’s best players in winning the BH Cup and in the Nike Cup vice-championship campaign.

This season, William moved up to the U-17 team and became the absolute starter of the group, being summoned by coach Felipe Leal to the Brazilian U-17 team. The athlete participated in a training period.

In addition to him, midfielder Gabriel Yuske, who also participated in the BH Cup and Nike Cup campaigns, was another player who signed his first professional bond with Timão. The midfielder signed his relationship with the club last May.