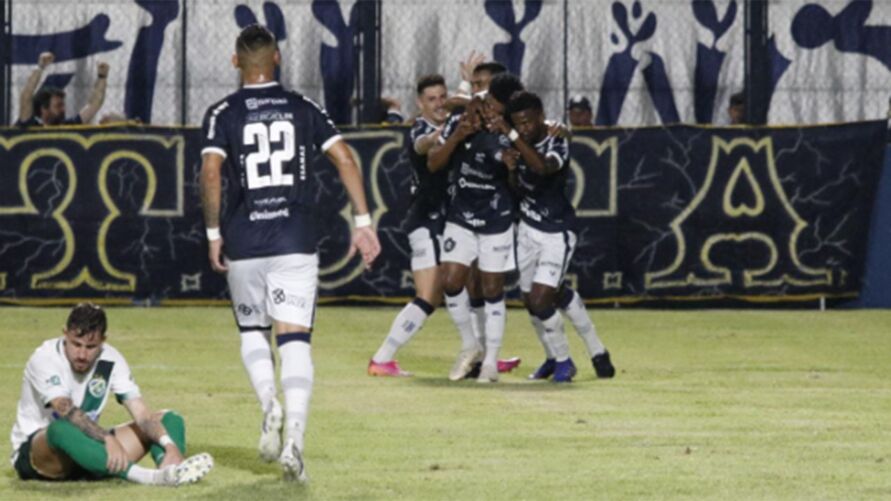 Clube do Remo loses and Bonamigo is fired at Baenão

The important thing in the Campeonato Brasileiro Série C is to do your homework, which was not the case with Clube do Remo, which ended up losing precious points by playing and losing at Estádio do Baenão. The result, in addition to the fall in the Terceirona table, is a crisis installed between the fans and the coach Paulo Bonamigo.

Playing at home, Leão Azul won the game until the 45th minute, but ended up taking the turn and lost to Altos-PI 2-1, this Sunday (19), at Evandro Almeida Stadium, in Belém. The result caused the resignation of the coach, announced by the president of the club, Fábio Bentes, shortly after the end of the match.

Remo started the game showing strength and going towards Altos-PI with two attempts: first with midfielder Anderson Uchoa, who scared the goalkeeper, and in the other ball, with Brenner heading for the goalkeeper’s defense.

Without any resemblance, the 12 appeared again in Leão with a great goal: Fernandinho receives from Netto at the entrance of the area and hits a beautiful kick in the drawer. Rowing 1 to 0.

Soon after the goal, Leão was without Brenner who was injured and gave way to Vanilson, who on a whim does not make another goal. The attacker receives in the area and takes it away from the goalkeeper and slowly, the ball ends up going out.

Without attacking and cornered in the defense, Altos-PI escaped from taking the second goal in the 32nd minute with Netto, who took advantage of the goalkeeper’s hesitation and kicked from afar. The ball hit the post and went out.

The second half started with everything for Altos-PI with the entry of Dieguinho, who scared the remists in two bids: first in the table with Elielton and then leaving Manoel to kick and hit the bar from Remo.

ON THE BEAM! Almost Manoel draws for the @OficialAltos!

Follows 1 to 0 for the @ClubeDoRemo

Altos-PI scared Remo again at ten minutes. Dieguinho kicks hard and Vinicius saves in shock. In the next move, the team from Piauí scored with Tibiri, but the referee disallowed the goal with offside.

goal disallowed from @OficialAltoswho is in trouble with the arbitration!

Follows 1 to 0 for the @ClubeDoRemo

Without reacting in the attacking field, Remo was attacked by Altos-PI, who tried at all costs to reach the tie and reached the 45th minute with a goal from Lucas Souza, in the 45th minute. The worst came at 49, with a turning goal by Altos-PI scored by Ramon.

Losing at home was considered the last straw for the fans and the board of Clube do Remo and the end of the game brought the downfall of coach Paulo Bonamigo. See the statement by Fábio Bentes.

The defeat leaves Remo with 16 points and threatened to leave the G8, while Altos-PI climbed the table with 12 points and fled the Z4.

In the next round, Altos-PI receives Vitória-BA on Saturday (25), in Teresina (PI) and Remo faces Figueirense-SC, away from home, on Monday (27).

Previous Angelus with the Pope: Only Jesus can satisfy our hunger for love
Next What happens to files after they are deleted from the PC?