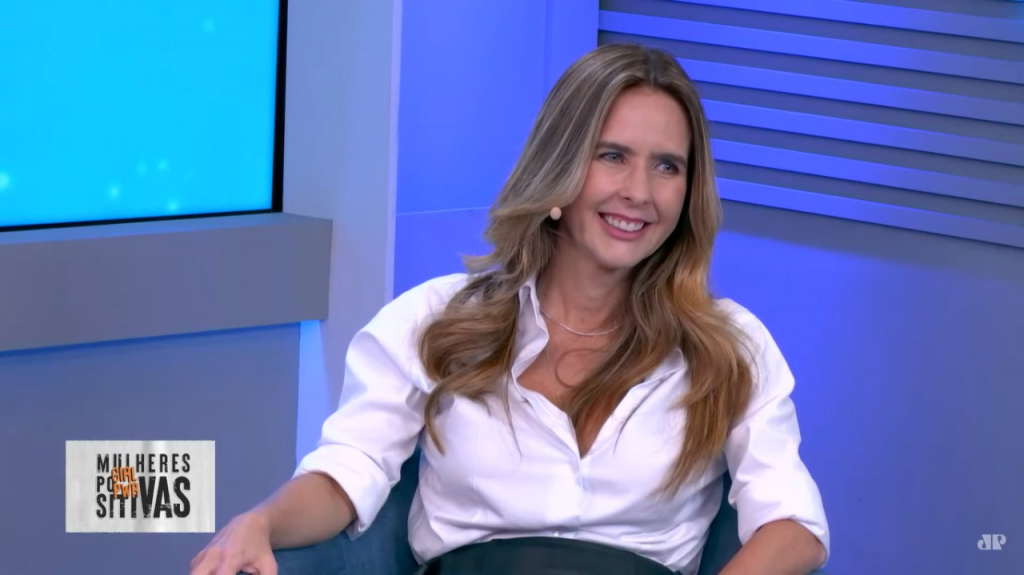 To the Positive Women program, Vanessa Gordilho detailed her experience in Germany and the transition to business management

This week the program positive women it received Vanessa Gordilho, director of Qsaúde. In an interview with Fabi Saadshe said that, before managing a business, her career began in the artistic field, with the right to a trip to Germanystill in his teens, looking for an international career in dance. “Courage is part of every change. when i hear you [Fabi Saad] describing myself, I remember when I was 15 years old, in Salvador, deciding to go to Germany. I danced very well. My mother had a ballet school, and there was a festival in Joinville where I was elected a ballerina revelation”, she said. “I was super classic, I was born with the theme of art rooted in the family. My mother was the first dancer who left Brazil… she left to get married. At the age of 14, I won this scholarship and went. She communicated with me by letters and, in the third month, said that she was not coming back. I dedicated my life to ballet. I traveled around several countries dancing and was, in fact, a professional. There was no internet, no one could know where I was. I had a lot of resilience.”

However, early in her adult life, Vanessa rethought about what actually made her happy. She returned to Brazil to her home state, Bahia, where she studied social communication. “I focused on being a traditional dancer, dancing in the biggest theaters in the world. When I turned 18, I asked if that was what made me happy. I had the discernment to know what I wanted and decided to go back. I bought my car when I was 18 years old, started from a different beginning and, in Salvador, I studied social communication. Along with communication, I was still dancing,” she recounted. Soon after, Gordilho pursued another dream and specialized in marketing in the United States. “I left to do an MBA abroad. I went to California and it was wonderful.”

On a daily basis, she draws up a plan of goals as a mantra to face the routine. “I had this quest for perfection a lot. I wanted to be perfect in everything. I often hear that you lack time, but in fact, you’ve done a lot of things and you can’t see it because you charge so much. Life is full of peaks”, he philosophized. She gave details about how she faces everyday life with her family and work. “These are attainable goals. I was aiming to study Spanish with my daughter. I found tools, I got movies in Spanish, I spent hours with her. They are not unattainable things, but they change the routine of the house. When it engages, at the end of the day it’s worth it.”

As a positive woman, Vanessa remembered Sister Dulce, whom she came to know personally. As a film, she indicated “Black Swan”, a hit by Darren Aronofsky. “I always look to bring me a reminder of who I am, I have my origins that I never want to lose,” she assessed her. As a book, she indicated “Finding Me”, Viola Davis’ autobiography, which Gordilho classified as ‘a punch in the stomach’.

Check out the interview with Vanessa Gordilho in full: