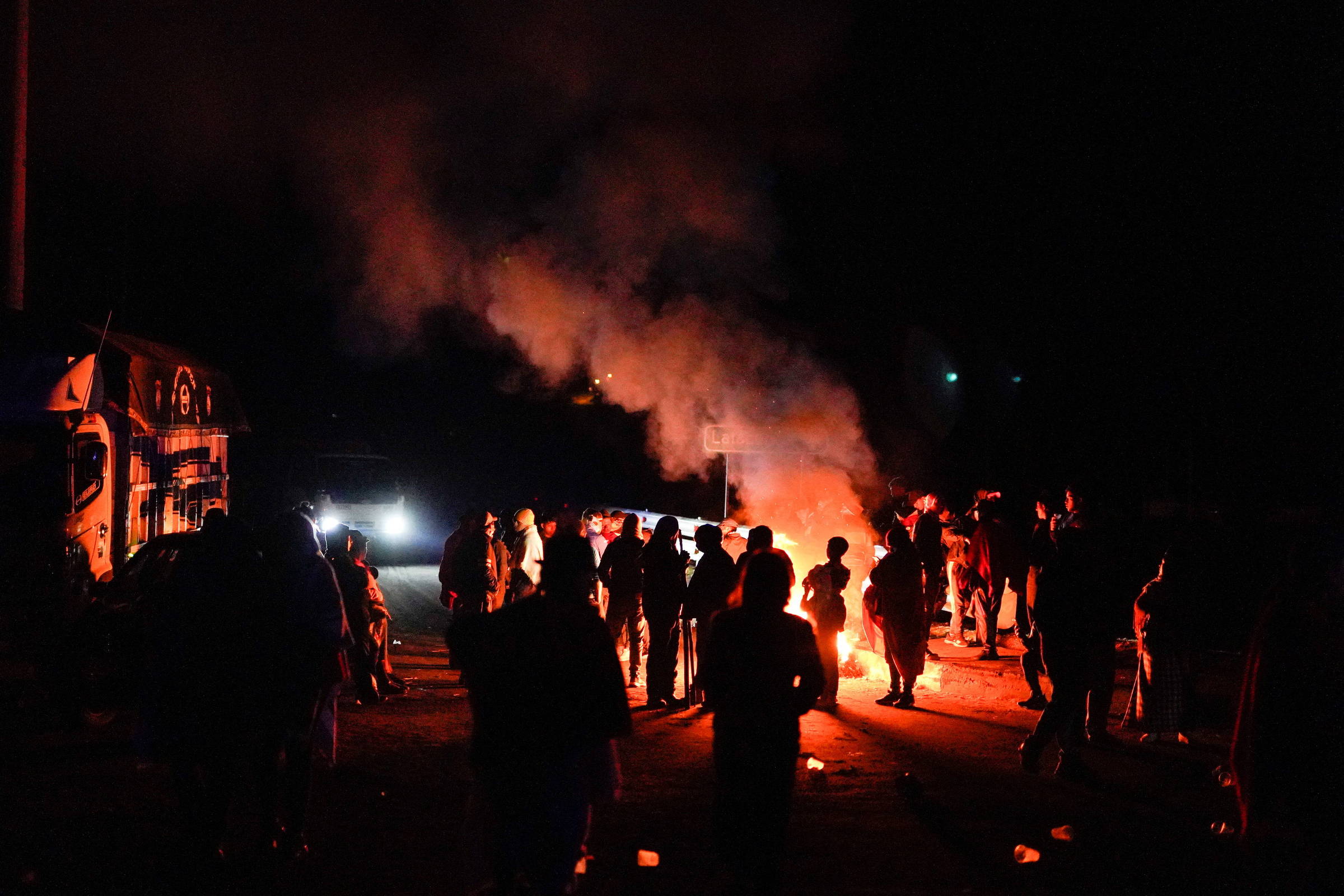 In defiance of the Ecuadorian government, the largest indigenous organization in the country closed this Saturday (18) highways in the three provinces in which President Guillermo Lasso decreed a curfew to control the demonstrations, which have lasted six days, against his management and the fuel price.

Even with the emergency decree, protests continue in Pichincha, where the country’s capital, Quito, is located, and in neighboring Imbabura and Cotopaxi, in addition to 11 other provinces in the country. Of the 24 Ecuadorian states, 14 had road blocks as of Saturday morning, according to the government.

The demonstrations, which included student marches in Quito, have already left at least 83 injured and 40 detained, according to information from authorities and indigenous organizations. In addition to gasoline prices, protesters protest against the renegotiation of rural workers’ debts with banks and against unemployment and the granting of mining licenses on indigenous lands.

The state of exception, decreed in the provinces of Pichincha, Cotopaxi and Imbabura, the most impacted, is valid for 30 days. The measure empowers conservative President Gullermo Lasso to mobilize the Armed Forces to maintain internal order, suspend citizens’ rights and decree a curfew.

“I pledge to defend our capital and defend the country,” the president said on Friday night (17) in a statement broadcast by radio and television. The curfew is in effect from 10 pm to 5 am local time. The civil right to assemble was also suspended.

The president of Conaie, Leonidas Iza, replied in the early hours of Saturday: “We confirm the fight at the national level, in an indeterminate way”, he said. Conaie participated in social uprisings that deposed three heads of state between 1997 and 2005. In October 2019, the entity led violent anti-government riots in Quito that lasted more than a week, leaving 11 dead and more than a thousand injured.

The protests have also impacted the export of flowers, an important economic activity in the country. “So far, 75% of flower growers across Ecuador have not been able to deliver their shipments. Roads are still blocked despite the state of emergency that some members want to overturn,” the exporters’ union said on Twitter.

Under pressure, Lasso, who has been in power for a year, also announced an increase from US$50 (R$257) to US$55 (R$283) in economic assistance to low-income families. In addition, the Executive ordered the forgiveness of overdue loans of up to US$ 3,000 (R$ 15,500) granted by the state bank for productive development and must subsidize up to 50% the price of agricultural urea, a fertilizer used in the field, to small and medium producers.

Through social networks, Iza said that the entity celebrates “the points where there are advances. Although they are insignificant, they will help in something”, he said. According to Conaie, the leader of the entity had his car shot on Saturday. “He [Iza] it is good. With this we alert to the state of emergency and the belligerent attitude of the government,” the group said on Twitter. Authorities declined to comment.

In 2021, poverty in Ecuador reached 27.7% of the population, and extreme poverty reached 10.5%. Rural areas are the most vulnerable.

Previous Endless: Nicholas Santos is silver in the Swimming World Championship at 42 years old – 06/19/2022
Next Zidane turns down PSG to wait for a chance at another team, says French TV