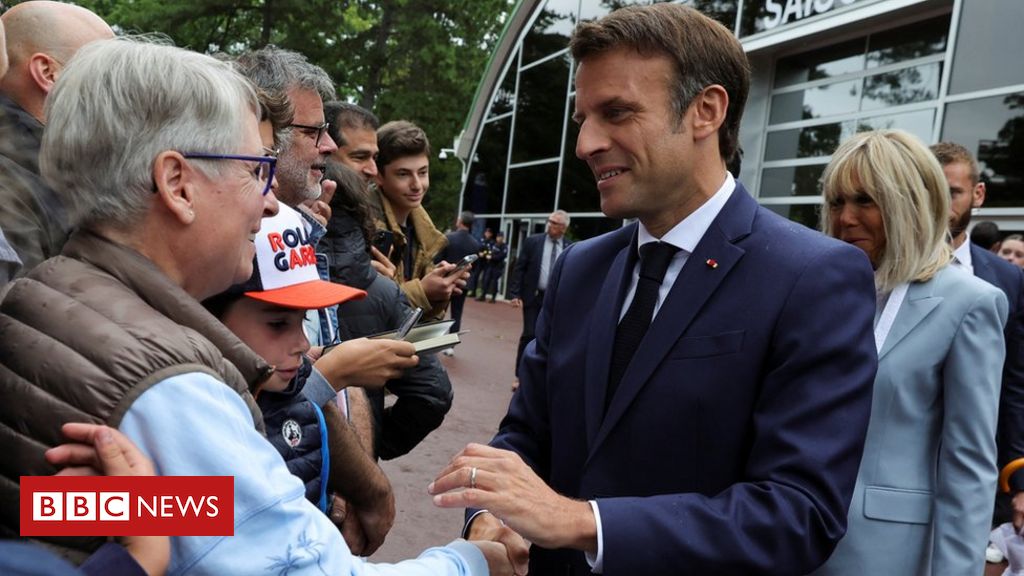 Elections in France: Macron loses majority in the legislature with ‘historic’ defeat and advance of the radical left and right

French President Emmanuel Macron’s coalition failed to maintain an absolute majority in Parliament in the second round of legislative elections, held this Sunday (19/6) in a climate of suspense due to the tight results of the first vote, held on the 12th.

Official results released by the Ministry of the Interior indicate that the centrist coalition “Ensemble!” (“Together!”) by Macron won 245 seats in the National Assembly. To obtain an absolute majority, it would be necessary to win 289 of the 577 seats.

Despite his coalition being the most voted, Macron will need, in the opinion of experts, to seek alliances and will have great difficulties to govern due to the strong advance of forces of the left and especially the radical right of Marine Le Pen, who achieved a record performance in this legislative election.

After the release of the first projections on Sunday night (19/6), the country’s prime minister, Elisabeth Borne – who was also a candidate and managed to get elected – said in a speech on French TV that she had never seen a National Assembly like the which is configured now.

“The situation represents a risk for the country, given the risks we have already faced nationally and internationally,” he declared. “We will work from tomorrow to build a majority.”

It is the first time that a newly elected president (re-elected, in the case of Macron) does not obtain an absolute majority to govern.

A precedent had already occurred with the socialist François Mitterrand in 1988, but in different circumstances, since at the time he did not have a majority in the National Assembly, unlike Macron today.

It was the right-wing Republican opposition that dominated Parliament at that time, and Mitterrand called for new legislative elections, obtaining a relative majority.

“Macron facing the risk of political paralysis,” wrote the newspaper Le Monde on its website. The defeat of the French president is being called by the French press “historic”. He will now have to face political forces that fiercely and systematically oppose everything the government presents.

Nupes, an acronym for the New Ecological and Social Popular Union, a coalition of the country’s main left forces, formed on the initiative of Jean-Luc Mélenchon, leader of Insubmissa France, of the radical left, took second place and won 131 seats, according to the Ministry of the Interior.

With the performance, Nupes – which, in addition to Insubmissa France, brings together the Socialist, Ecologist and Communist parties – numerically becomes the main opposition force in the Legislative. The question now is whether the alliance, which should form separate groups in Parliament depending on the parties, will manage to stay together and last.

The coalition result represents a leap from the current legislature, where the left as a whole has fewer than 80 deputies. In a speech tonight, Mélenchon said the “defeat of the presidential party is total.”

But the advance considered unprecedented and which represents the most significant evolution – which had not been predicted in such proportions in the polls that preceded the vote – is that of the radical right of Marine Le Pen.

Le Pen’s Rassemblement Nacional (National Regroupment) was the third most voted force and multiplied its number of deputies by 12, achieving the best performance in a legislative election since the creation of the party founded by Jean-Marie Le Pen, Marine’s father, a few years ago. 50 years.

The National Rassemblement went from just seven deputies in the current legislature, which is ending, to 89, according to figures released by the Ministry of the Interior. “It’s a tsunami,” declared party president Jordan Bardella. The unexpected result is considered a turning point in the French political landscape.

With the performance, Le Pen’s radical right will be able, for the second time in its history (the first was in 1988), to form a group in the French parliament, which requires a minimum number of 15 deputies. This guarantees more material and financial means, time to speak, but above all the right to present bills.

“This group will be by far the most numerous in the history of our political family. We have achieved our objective: to make President Macron a minority, without control of power”, declared Le Pen this Sunday after the release of the estimates. She also promised to represent “firm opposition, but respectful of institutions”.

The second round of these legislative elections, like the first, was marked by a strong abstention of 53.8%, according to the Ministry of the Interior. Young people and workers are the ones who most abstain from voting – in France, voting is not compulsory.

The tight duel between Macron’s centrist alliance and the left-wing Nupes front in the first round, which resulted in a draw, with a difference of only around 21,000 votes in favor of the Ensemble! of Macron, led the French president to launch appeals on the eve of this second round, warning that there would be “disorder” or “blockade” of French political life if he did not obtain a “solid majority” in Parliament.

In France, traditionally the party of the president who has just been elected (in the case of Macron, re-elected in April) also wins the legislative elections that follow the presidential election. This is interpreted as a vote of confidence in the new head of state, so that he can carry out his government program.

But Macron was already facing strong opposition from the electorate, which turned to radical parties in the presidential elections that garnered more than half of the votes in the first round last April.

When he was first elected in 2017, Macron was able to easily obtain an absolute majority in the legislature, with 308 deputies, despite his newly created party having no deputy at the time.

Now, its acronym, renamed Renascimento (former República em Marcha), would have won only around 150 seats, according to estimates. The other parties in his coalition completed the difference, totaling the 245 seats won.

“It’s a failure for President Macron. It’s a massive retreat, a repudiation. This clearly shows that the French wanted to sanction the exercise of a power seen as exercised alone. retirement reform, the environment and purchasing power,” said Brice Teinturier, director of the Ipsos Institute.

To be able to govern with dozens of seats missing to achieve an absolute majority, President Macron will have to try to make a deal with the traditional right of The Republicans, in the opinion of experts. The party won 61 seats and already has divisions over an eventual alliance with Macron.

Party president Christian Jacob said on Sunday that Republicans will remain in opposition. But personalities like Jean-François Copé defend a “government pact”. The Republicans are in danger of imploding due to an eventual alliance with Macron and his allies, in the opinion of experts.

The government also punctually relies on the adhesion of some socialists who opposed the agreement to form the Nupes left front because they disagreed with points of Mélenchon’s program, especially in relation to Europe.

Mélenchon defends the non-compliance with some European Union treaties, mainly in relation to economic and budgetary rules.

The strong advance of opposition forces indicates that the task will not be easy for President Macron. With only 17 deputies in the legislature that ends this Sunday, Mélenchon’s France Insubmissa managed to hinder discussions, such as the pension reform, in 2020, presenting more than 20,000 amendments, practically identical, but that needed to be analyzed individually, with the purpose of delaying the adoption of the bill, later withdrawn by the government.

The loss of an absolute majority is likely to significantly complicate Macron’s plans to carry out a pension reform that would raise the minimum age from the current 62 to 64 or 65. The discussion, which is open, is due to be presented to parliament in September.

“It will be very difficult to govern France. What are the room for maneuver in a real country when there is an ambitious and energetic radical left and a radical right in the 17% range?” says political analyst Jerôme Fourquet, director of opinion of the Ifop institute and author of several books on French political life.

“We could have a second term of Macron similar to that of Jacques Chirac between 2002 and 2007, full of immobility”, he adds.

“Guerrilla in sight”, wrote in its today’s edition the Jornal do Domingo, due to the difficulty for Macron to obtain an absolute majority and the strong political opposition of radical parties.

Fifteen Macron ministers contested legislative elections. Three of them, like the health minister, Brigitte Bourguignon, suffered defeat and are expected to leave office, as President Macron had already warned. The prime minister, Elisabeth Borne, won in the Calvados region and should remain in the post.

The term of deputies elected this Sunday begins this Wednesday.