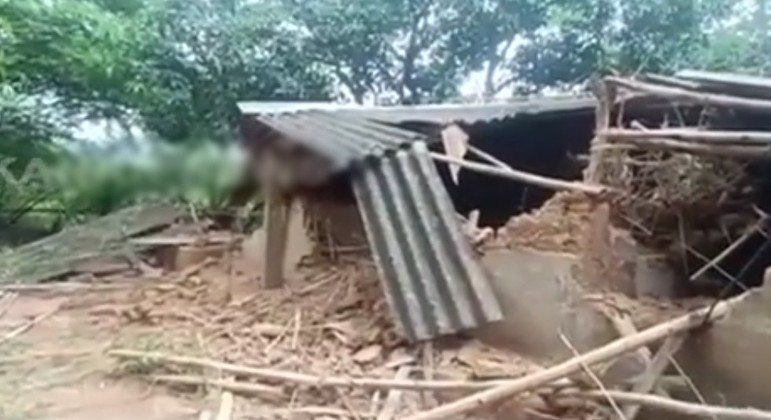 The story of the elephant that killed an elderly woman in India and visited her funeral only to spread panic and trample the victim’s corpse, holds even more details. More detailed reports stated that the animal took fellow species to the lady’s village, trampled on her house and killed goats she kept.

Additional details were provided by the Times of India newspaper. According to the account, the elephant was not content with trampling the victim’s corpse during the funeral.

Soon after invading the cremation of the victim’s own body, carried out in the village where she lives, the elephant roared and incited about 10 members of his herd.

The group of elephants destroyed the old woman’s house and two other homes. And also trampled and killed a small herd of goats that she kept.

It was only at that moment – when the residents and the guests of the wake took shelter in a nearby place – that the elephant, still enraged, trampled on the lady’s corpse.

Shocking testimonies from witnesses stated that the corpse was “crushed” and “destroyed”.

Kanak News TV network said residents fled in fear of dying, but were not injured or targeted by pachyderms.

After venting their anger for a few moments, the elephants returned to a nearby forest and the funeral could be finished.

A possible reason for the attack is not yet known, although the Odisha region is a focus of tension between humans and elephants, due to the action of miners in search of natural resources.

Previous Analysis: seven acts of Botafogo’s comeback over Inter in Beira-Rio | botafogo
Next ‘X-Men’ Actress Reveals She Didn’t Have The Same Body Again After Giving Birth To Her First Child At 40