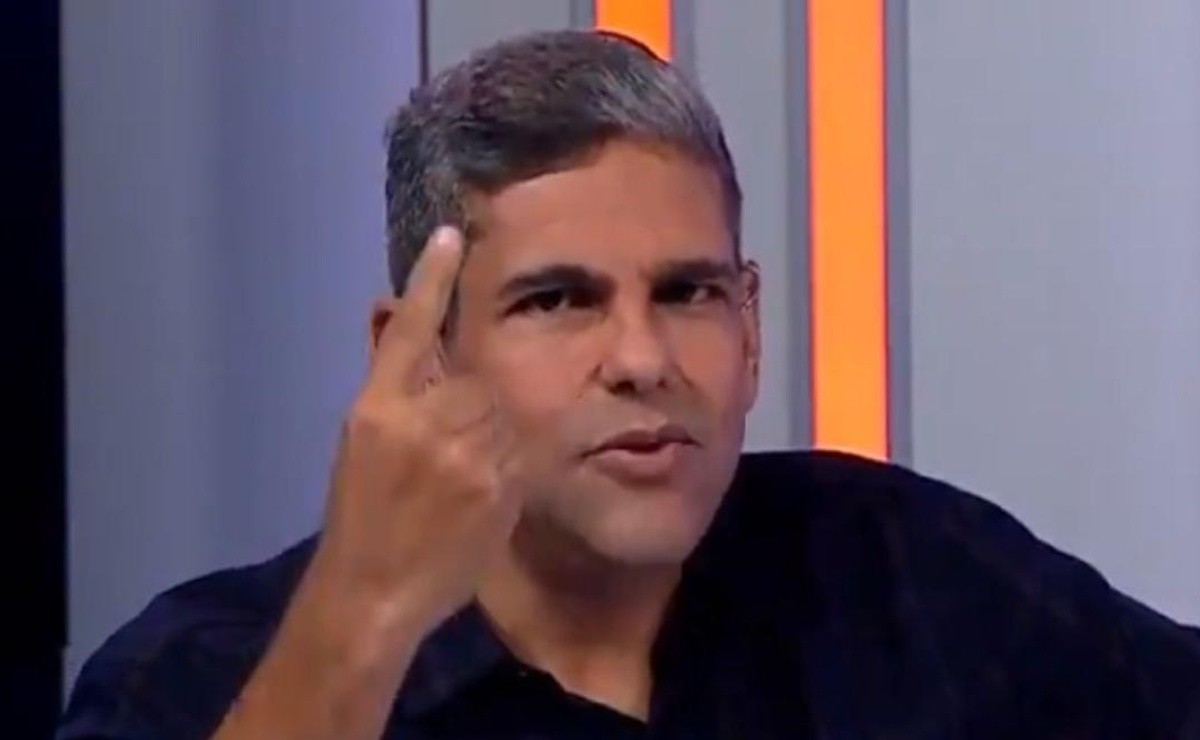 “I agree with the narrator”; João Guilherme ‘barra’ 5 in Flamengo and chooses ideal lineup without Gabigol for the Copa do Brasil

Many Flamengo fans agreed with the narrator and want an immediate change for the next games.

Flamengo lost again in the Brazilian Championship, this time to Atlético-MG. Now there are six defeats in just 13 games played. By way of comparison, Rubro-Negro lost nine times in 38 rounds in last year’s tournament. This demonstrates a very large irregularity of the star team of the carioca club.

On Wednesday (22), Mengão will face Atlético-MG again, this time for the Copa do Brasil. Dorival Júnior must make some changes. Taking advantage of the moment, the narrator João Guilherme scored his ideal lineup for this game and, surprisingly, barred Gabigol, the number 9 and media player of Mais Querido.. In addition, João also wants to block Andreas Pereira for the entry of Daniel Cabral, Lázaro in place of Vitinho, Victor Hugo in place of Everton Ribeiro and Santos in place of Diego Alves.

A good part of Flamengo fans agreed with João Guilherme on the web. Many understand that there are many players accommodated and it will be necessary to stop them as soon as possible. Atlético-MG was in crisis and Turco Mohamed could be fired in case of defeat. It was a great moment for Rubro-Negro to win playing well, but that’s not what happened.

Atletico players presented more “footprint”, more focus and went over it with ease. In fact, Galo didn’t even try to beat Flamengo, which made the fans very angry. Now, it is to see if Dorival will have “chest” and support to stop some athletes who have not presented much on the field for a long time.

Previous After firing the actor in 2018, Disney returns to use the image of Johnny Depp | Entertainment
Next Russian Nobel Peace Prize Winner Will Auction Coin To Help Ukrainian Children | Ukraine and Russia