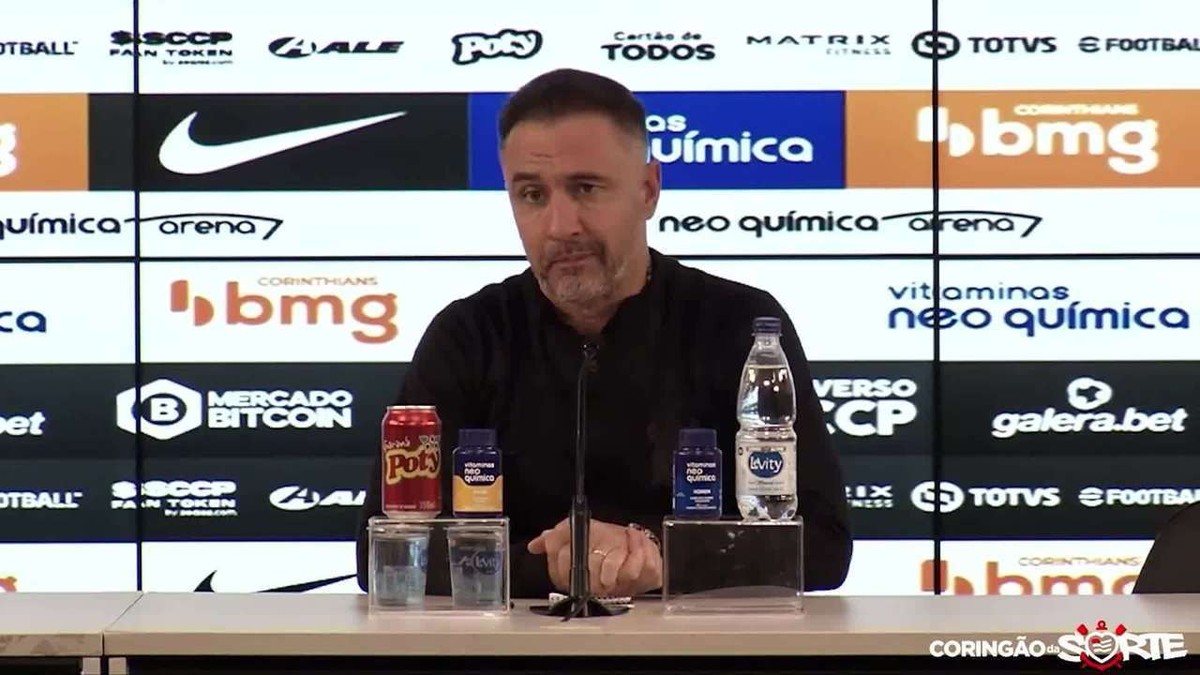 Is Victor Pereira right? Understand the importance of “kids” for Corinthians in the Brasileirão | Corinthians

Today, sharing the lead with Palmeiras with 25 points (the rival plays tonight, against São Paulo), Timão has 11 points more than Goiás, which currently occupies the highest position within the relegation zone (17th, with 14 points).

– If we didn’t have the kids, Corinthians would be fighting against relegation, but people don’t want to see the truth. They are not in reality, at the club, in training, they do not analyze the games and come with this conversation. This is playing with my job – said the coach.

Of the 25 points conquered in the Brasileirão, 11 were with decisive goals scored by youth from the base. It was like that in the 3-1 against Botafogo (goals by Mantuan and Piton), in the 2-2 draw with Inter (goals by Raul and Jô), in the 1-1 with São Paulo (adson’s goal), in the 1 to 0 against Atlético-GO (goal by Mantuan) and in the victory by 2 to 0 against Juventude (goals by Adson and Mantuan).

In fact, there is a lot of protagonism among the boys from the base in the Brasileirão. Of the 30 players used by the coach in the competition until the 13th round, 13 are young people trained in the lower categories (up to 24 years old). The number excludes Fagner, Willian and Jô (who left the club), already over 30.

Of the squad, five players have already surpassed 800 minutes played in the competition, three of them youngsters from the base: Du Queiroz (1,177 minutes), Raul Gustavo (1,043) and Gustavo Mantuan (854 minutes). The goalkeeper Cássio (1,185 minutes) and defender Gil (913) complete the list.

Minutes on the field also give results. Lucas Piton leads the team’s assist list in the tournament, with three goal passes. That’s four participations in goals, as he also scored one. Mantuan, with three goals, is the team’s second-highest scorer in the Brazilian, behind Róger Guedes (four goals).

In addition to these youngsters already in the spotlight, coach Vítor Pereira hopes to give more and more shooting to forward Felipe Augusto, Giovane and Wesley, who have been on the bench and have played in some matches, in addition to defender Robert Renan, who is already in the sights of clubs. Europeans.

With them, however, the idea is to go step by step so as not to skip steps and disrupt training.

– We often kill kids in anticipation. We create an expectation, we give an opportunity… But to launch a kid, I have to have a result so he doesn’t get nervous, wanting to do everything. You have to get into conditions where the team supports your inexperience. If you put the kid at 1-0, he starts to lose the ball, I don’t shoot in conditions for him to gain confidence, I’m taking away confidence. It cannot. The opportunity is at the right time.

See how long each youngster up to 24 years old played – criterion that keeps the Maycon midfielder on the list.