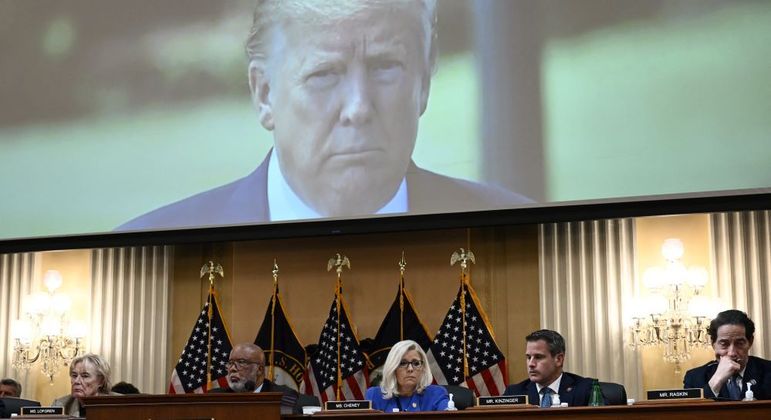 THE United States House of Representatives committee who is investigating the January 2021 attack on the Capitol will present evidence this week that former President Donald Trump was involved in an unsuccessful attempt to send fake voters to the electoral college to reverse the outcome of the 2020 election, a top lawmaker has said. this Sunday (19).

“We will show evidence of the president’s involvement in this scheme,” Democrat Adam Schiff, a member of the House Select Committee, said in an interview with the show. State of the unionfrom CNN.

“We will also show again evidence of what their own lawyers thought about the scheme and show courageous public officials who stood up and said they did not agree with this plan to either recall legislatures or decertify Joe Biden’s results,” he said.

Schiff’s comments come as the Democrat-led committee prepares to hold its fourth public hearing on Tuesday on the investigation into the January 6, 2021, attack and Trump’s role in trying to stop it. Congress to certify Biden’s electoral victory.

Evidence against Trump could be crucial in an ongoing Department of Justice (DOJ) criminal investigation into the alleged fake voter scheme.

In an interview with CNN earlier this year, Deputy U.S. Attorney General Lisa Monaco confirmed that the department had received referrals about fake voters at the Electoral College, which were sent to the National Archives, and said prosecutors were looking into .

The DOJ has since convened a grand jury to subpoena witnesses and obtain documents in the inquiry, according to several media outlets.

On Sunday, Adam Kinzinger, one of the two Republicans on the committee, said he had received death threats against him, his wife and their baby.

“This threat arrived in the mail at my house,” he said, in an interview with the program This Weekfrom ABC.

“We received her a few days ago and she threatens to execute me, my wife and my 5 month old son. She has never seen or heard anything like it before,” she added.