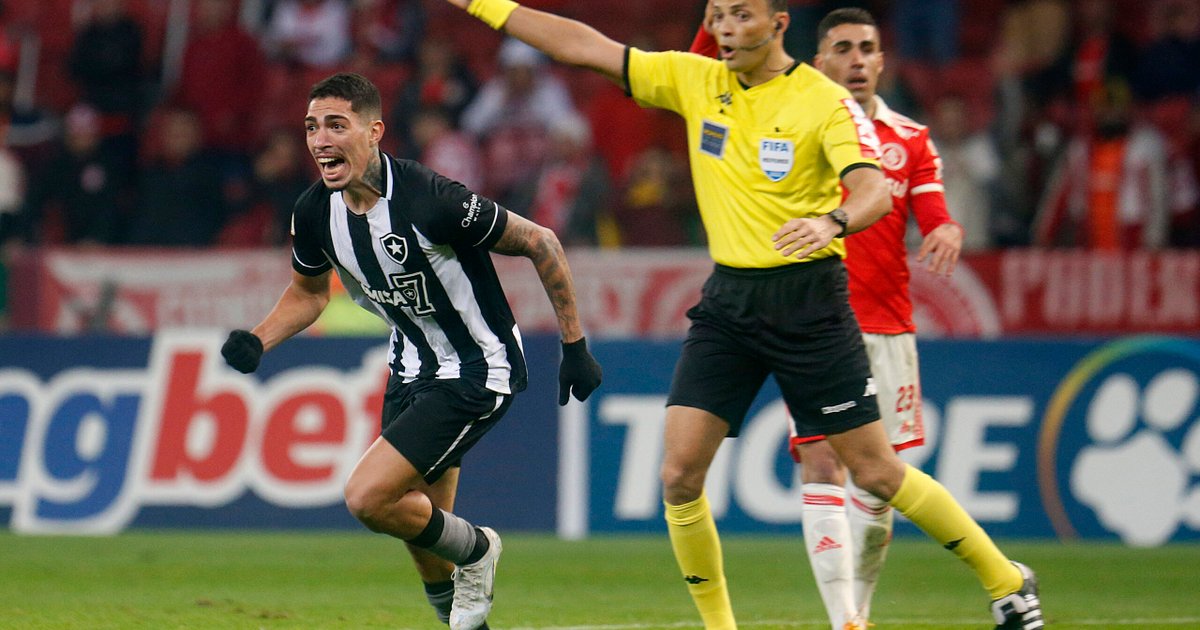 Loffredo: ‘Botafogo showed a lot of strength to seek a sensational victory against Inter and the refereeing errors’

-As entertainment, I won’t say it was a super game, but it was sensational. Arbitration messed up from the start. Sávio was called by VAR to see a crazy penalty, he touches his chest and even if he goes to the arm he has already lost direction of the goal. It could never be a penalty, even more with expulsion. Inter made one and two, it was difficult, but Botafogo showed their strength. Decreased with Vinícius Lopes and played toe-to-toe in 11 against 10. The temperature was very high the entire game. The referee lost control in the error of the start of the match. The draw would already be sensational in Erison’s goal. Internacional will try to get the result that escaped, Mercado scores, offside. It didn’t have for Inter, Botafogo got the ball, with one less and got the 3 to 2. Sensational. It was practically the last move – described Loffredo, who completed it.

-Botafogo was very willing, even with Luís Castro not making all the substitutions for having few players available, and had the strength to seek a sensational victory against Inter and refereeing errors. Shows a lot of disposition, is to be congratulated and has to be celebrated.