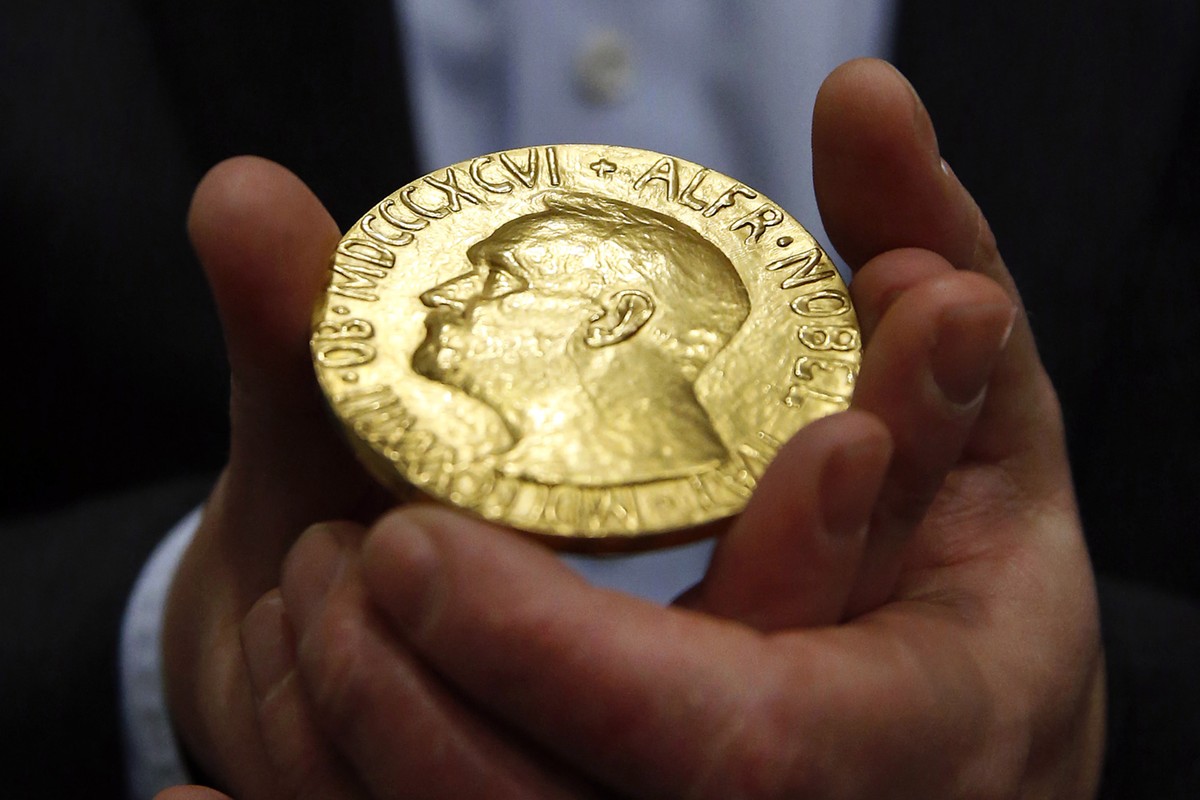 Russian journalist Dmitry Muratov will auction his medal received during the 2021 Nobel Peace Prize on Monday (20). It is not yet known exactly what amount should be reached, but everything that is paid will be sent to Unicef, he said.

Muratov had already said that the $500,000 received during his award ceremony would go towards helping Ukrainians. The idea of ​​the donation, he said, “is to give refugee children a chance for a future.”

Muratov, awarded the gold medal in October 2021, helped found the independent Russian newspaper Novaya Gazeta and was the publication’s editor-in-chief when it closed in March amid the Kremlin’s crackdown on journalists and public dissent following the invasion of Russia. Ukraine by Russia.

In an interview with the Associated Press, Muratov said he was particularly concerned about children orphaned by the conflict in Ukraine.

“We want to give back their future,” he said.

Dmitry Muratov, winner of the Nobel Peace Prize, during a press conference in 2009 — Photo: Rainer Jensen/picture-alliance/dpa/AP

The two journalists, who each received their own medals, were honored for their battles to preserve freedom of expression in their respective countries despite being attacked by their governments and even threatened with death.

Muratov has strongly criticized Russia’s annexation of Crimea in 2014 and the war launched in February that caused nearly 5 million Ukrainians to flee to other countries in search of safety, creating the biggest humanitarian crisis in Europe since World War II.

The AP report highlights that independent journalists in Russia are being closely watched by the Kremlin. Since Putin came to power more than two decades ago, nearly two dozen journalists have been killed, including at least four who worked for Muratov’s newspaper.

Dmitry Muratov shows how he looked after being hit by paint in a photo in the bathroom of the train, on April 7, 2022 — Photo: Reproduction/Twitter/novayagazeta_eu

In April of this year, Muratov was attacked on a train traveling from Moscow to Samara. According to him, a stranger spilled red paint and acetone in the train cabin where he was. He also reportedly shouted “Muratov, a toast to our boys”.

Image of the train cabin where Dmitry Muratov was, on April 7, 2022 — Photo: Reproduction/Twitter/novayagazeta_eu

Previous “I agree with the narrator”; João Guilherme ‘barra’ 5 in Flamengo and chooses ideal lineup without Gabigol for the Copa do Brasil
Next The 5 Best Movies With Tobey Maguire, According to Audiences