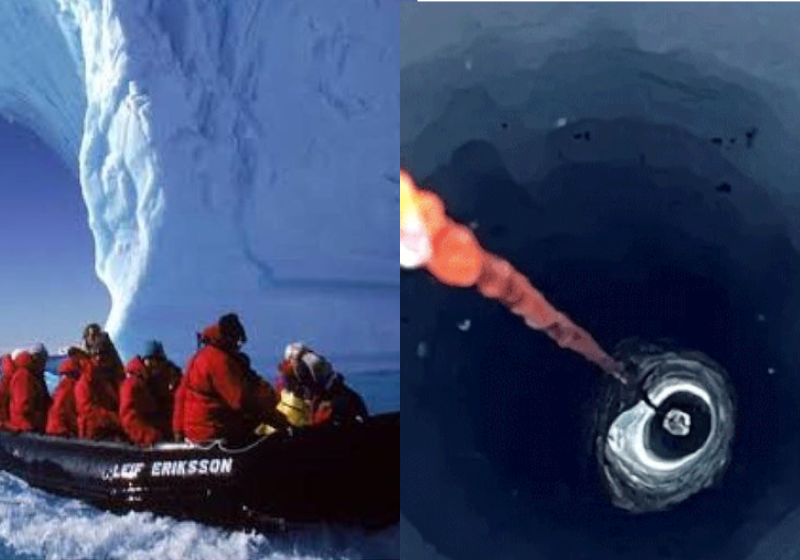 New species of shrimp, lobster and crab have been found by a group of scientists from New Zealand. They discovered an ecosystem beneath the Antarctic ice sheet.

Initially, the team thought it was a camera error, said Craig Stevens, scientist at the National Institute of Water and Atmosphere of New Zealand (NIWA). “We thought there was something wrong with the camera, but when the focus improved, we noticed a school of small arthropods,” he said.

The animals live in a freshwater river, under the largest ice sheet in the world, with an area of ​​487,000 km².

The group found the ecosystem while exploring the region to study climate change.

According to research leader Huw Horgan, the extensive network of freshwater rivers under the ice shelves in Antarctica was already known to science, but had not yet been investigated.

“We are extremely happy with the discovery,” he said. “Having all these animals swimming around our equipment means there’s an important ecosystem here.”

“Observing this river was like being the first to enter a hidden world”, celebrated the scientist.

The researchers now intend to develop instruments to capture data over the next few years.

They want to find out how the estuary [ambiente aquático de transição entre rio e mar] behaves and interacts with the ocean and the ice sheet.

The species lives under the ice sheet, considered the largest in the world – Photo: reproduction

Previous What happens to files after they are deleted from the PC?
Next Airport employees steal cargo from iPhones that would fly on a Latam plane