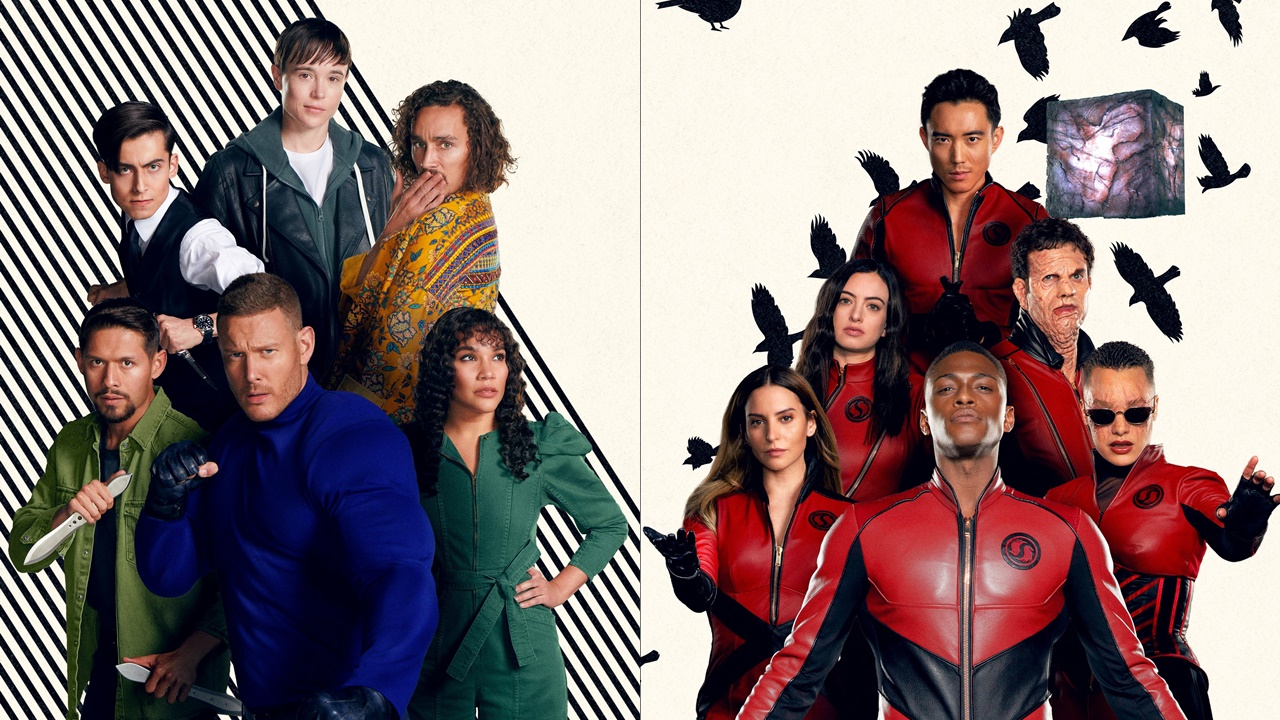 The Umbrella Academy: Who are the Sparrow Academy members in season 3? – Series news

A new (and malevolent) version of Ben (Justin H. Min) is in the group that will replace Umbrella Academy.

The third season of The Umbrella Academy is coming and promises to have big surprises for the audience, especially that big twist in the recent season finale. Two years later, it’s time to check out the Hergreeves brothers’ new adventure, set to premiere June 22 on Netflix. With a cast led by Elliot Page, this bizarre story has won the public’s affection, but the protagonists will have to face new enemies (or would they be allies?): the Sparrow Academy.

For those who don’t remember, Luther (Tom Hopper), Diego (David Castañeda), Allison (Emmy Raver-Lampman), Klaus (Robert Sheehan), Cinco (Aidan Gallagher) and Viktor (Elliot Page) managed to return to the year 2019, after preventing the apocalypse in the 60s. However, when they return to the present, they discover that they are in a timeline where the Umbrella Academy does not exist, only the Sparrow Academy – which has a new version of Ben (Justin H. Min) very much alive and without memories of them.

So, how about finding out who the members of Sparrow Academy are (and trying to figure out what their respective powers are)?

Played by Justin Cornwell, Marcus is responsible for keeping the family together, being the leader of Sparrow Academy. Graceful but lethal, he’s as smart as he is strong—meaning his powers must match Luther’s super strength. Marcus is disciplined, rational and in complete control. Honest and demanding, he exudes confidence and leadership without ever having to raise his voice.

This version of Ben is completely different from the one we loved in previous seasons. Again played by Justin H. Min, this is a Machiavellian strategist. Pragmatic and vigilant, he is determined to earn his leader status at all costs. Unlike Umbrella Academy’s Ben, Sparrow Academy’s Ben is very proud of his monstrous tentacles, confidently displaying them.

Played by Britne Oldford, Fei is described as the smartest person among her siblings. However, she prefers to be isolated rather than enjoying the company of others – despite being looking for a friend, even if no one knows. Normally, she tries to negotiate any situation, but she is determined and always finishes her missions. Apparently, her power is being able to summon crows to attack her enemies.

Many fans believe Jake Epstein’s character has the powers of a human voodoo doll, where inflicting pain on himself hurts his opponents. Therefore, his visual is marked by injuries and consequences of battles over the years. To make up for it, he has a great sense of humor, using his sarcasm a lot. He also loves to relax with pizza and beer.

Meanwhile, Sloane (Genesis Rodriguez) is the most dreamy of Sparrow Academy, who feels she is destined for a cosmic calling. With a desire to see the world and expand her horizons, she feels trapped in her family duties. Will she one day have the courage to do what he wants? About her powers, we know they are connected with gravity.

Played by Cazzie David, Jamye is kind of lonely and doesn’t talk much. But she doesn’t even need to, as the official description indicates that her growl is capable of scaring anyone away. Most of the time, she only talks to her only friend, Alphonso. Nothing about her abilities has been revealed, but many believe she is inspired by a character from the comics, who shoots beams of energy with her face.

Finally, we have Christopher, the mysterious Cube who is treated like any other Hargreeves brother. Being described as the one who guides the family, his powers are telekinetic – being able to freeze the temperature or induce crippling fear in his enemies.

Previous Corn Belt is expected to experience below-average rainfall and intense heat until early…
Next Flamengo announces the purchase of Everton Cebolinha and contract until the end of 2026: “Now I’m Mengão” | Flamengo