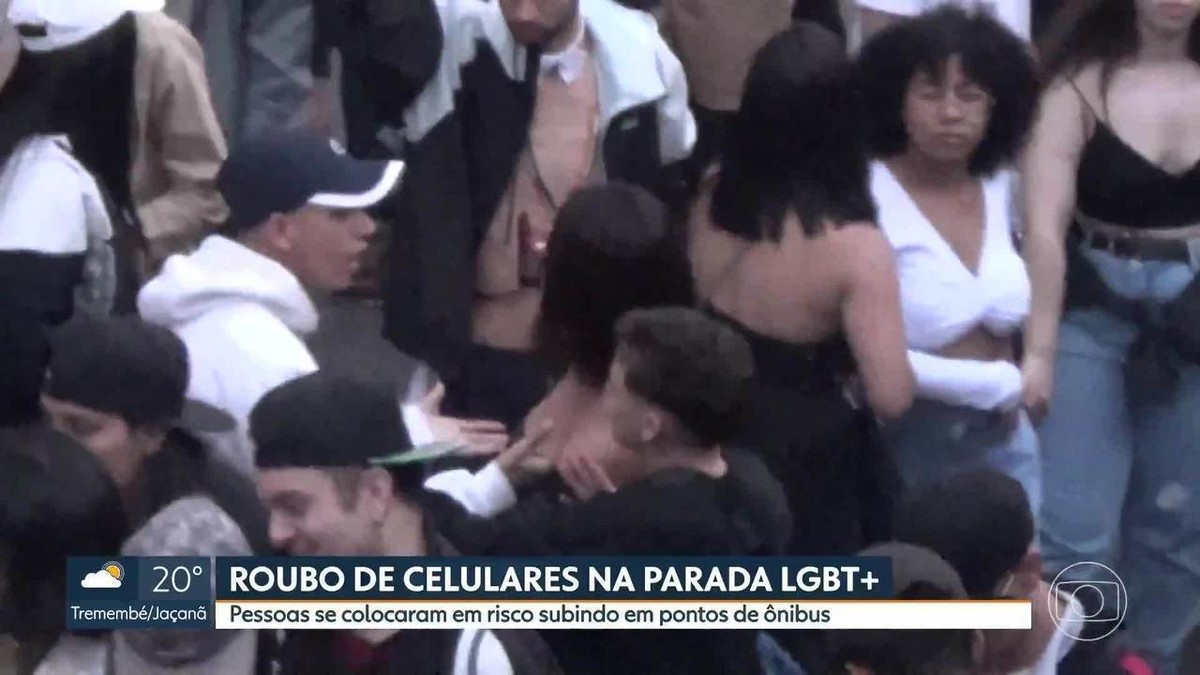 Videos recorded by TV Globo show people fighting moments after noticing that their cell phones were stolen or stolen during the 26th edition of the LGBT+ Pride Parade, on Sunday (19) in São Paulo (look above). In one of the images it is possible to see girls accusing a boy of having taken the phone of one of them.

The Secretariat of Public Security (SSP) reported that it recovered 170 phones taken from the party goers and also arrested 21 suspected of stealing the devices. 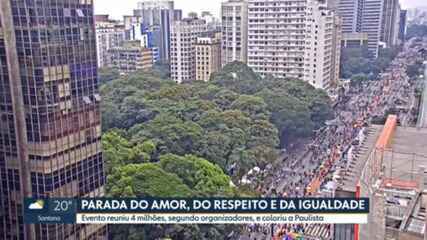 LGBT+ parade brought together 4 million people, according to organizers

After two years of online celebration, due to the most severe phases of the Covid pandemic, the electric trios return to perform the traditional route from Avenida Paulista to Praça Roosevelt, in the center of the capital.

This year, 19 cars took part in the parade, which included the participation of artists such as Pabllo Vittar, Ludmilla, Pepita, Mateus Carrilho, Liniker, Majur, Gretchen, Tiago Abravanel, Lexa, Luisa Sonza and the Carnaval block Minhoqueens, among others.

According to the event’s organizers, around 4 million people attended this year’s parade, whose theme was “Vote with pride – for a policy you represent”.

The message was to reaffirm the commitment of the LGBTQIAP+ community to combating discrimination, respecting diversity and fighting for affirmative policies aimed at this part of the population.

Among the suspects detained by security agents is a man suspected of stealing 42 cell phones during the stop. He was arrested in the North Zone, driving a car along Avenida Zaki Narchi.

According to police, he confessed to the crime. The devices were inside his backpack. Along with the phones were the victims’ documents and cards. The case was registered at the 20th Police District (DP), in Água Fria. 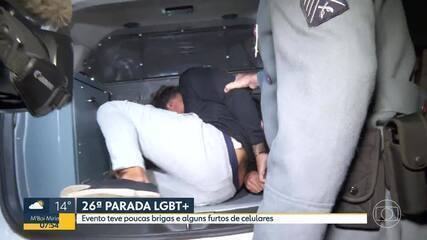 The cell phone owners went to the police station to retrieve the phones.

“I felt it pull and that’s when I looked back and didn’t see anything else. And I despaired at the time, I was in shock. We don’t see anything, we just want to stop, and I didn’t even say anything, I just thought: ‘They stole my cell phone'”, said the clerk Gustavo Gomes.

“I just realized why, when we got to a certain point, we stopped. Then I was waiting for the girls who had moved away a little, I pulled my bag and said: ‘Guys, it was open. They stole my cell phone,’” said Celis Lima da Silva.

Despite the scare, they believe that an event as important as the LGBT+ Parade cannot be limited to violence and intend to return in a next edition, with more care.

Audience at the 26th edition of the LGBT+ Pride Parade in São Paulo — Photo: Celso Tavares/g1

“I think it’s important, the parade, for LGBT people like me and many others. It is a time for us to unite for something that we are condemned every day. So it’s difficult”, said Gustavo.

Another man was arrested on suspicion of stealing 26 cell phones. He was approached by the Military Police (PM) while driving a car along Avenida Nove de Julho, downtown. The case was registered in the 4th DP, Consolação.

Anyone who had their cell phone stolen or stolen can try to recover their device by going to the 3rd DP, Campo Belo, where the devices are being taken.

People on top of a bus stop on Rua Consolação during the LGBT+ Parade — Photo: Celso Tavares/g1