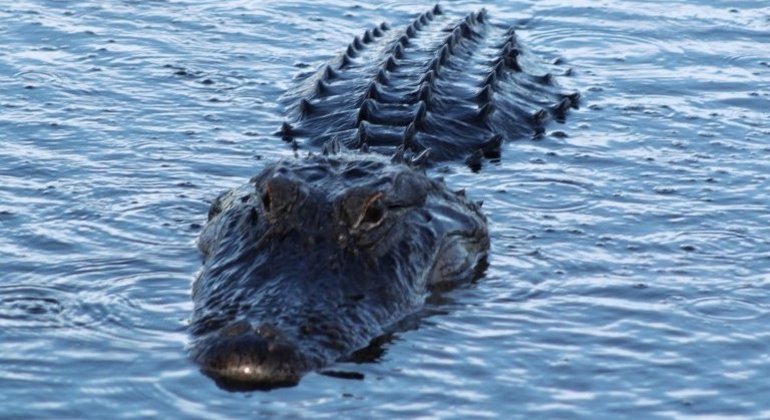 A man filming an immobile and apparently peaceful alligator in a Florida park, in the United States, was almost snapped in a careless moment. The animal was in the water and took advantage of the moment when the visitor checked the camera lens to make a quick attack.

“He was the biggest alligator I’ve ever seen in the wild. I stopped to take pictures of him with my zoom lens while he looked at me with cold, menacing eyes,” Foster Thorbjornsen wrote of the case on Facebook.

He estimates that the animal was about 3 m and looked perfect for a series of photos and videos during a visit to John S. Taylor Park on Tuesday (14). But when he went to change the camera lens, the reptile sniffed the opportunity and quickly came out of the water, his mouth open.


“The timing of his lunge was deliberate. He waited for me to turn around and look away. It was stressful and intense,” Foster added, still shocked.


Despite saying he wasn’t worried, as he calculated that there was a safe distance between him and the predator, Foster remembers that a person was killed by an alligator two weeks ago, in the same park.

But the victim’s carelessness was even greater: he went into the water to retrieve a Frisbee disc, one of those you throw on the beach, and ended up being bitten.

Previous Criminals break into apartment and force hostage to transfer Bitcoin to Binance
Next Neymar reassures fans after forced landing by plane: ‘Just a scare’