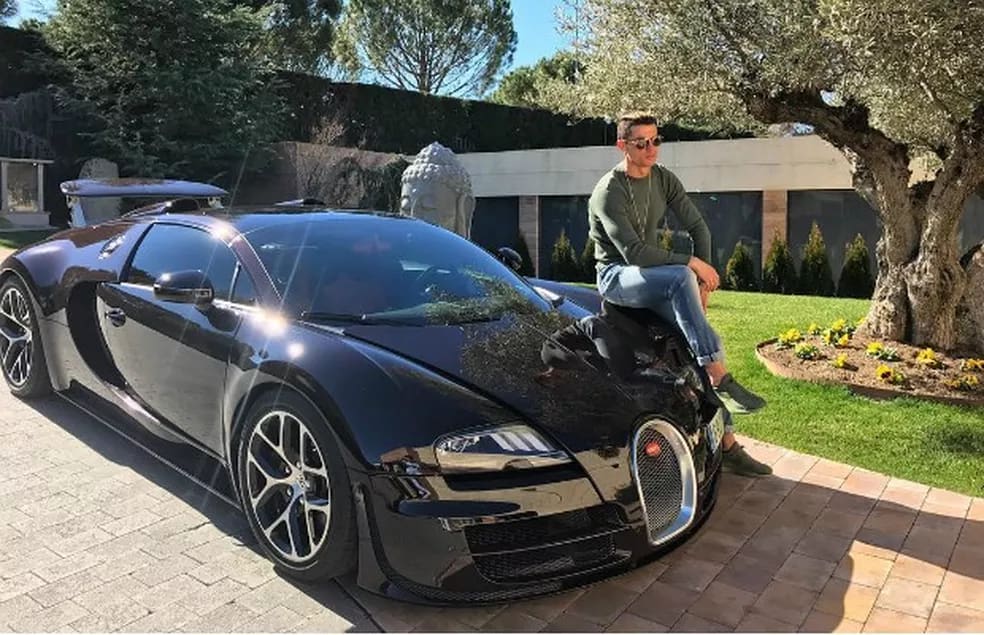 One of Cristiano Ronaldo’s big cars was destroyed this Monday (20) after being involved in an accident in Palma de Mallorca, Spain.

The Portuguese player is on vacation with his family. According to information from the Spanish Civil Guard, Cristiano Ronaldo’s Bugatti Veyron, valued at R$10 million, crashed into a protective wall of a house in the residential neighborhood of Bunyola.

Cristiano Ronaldo’s Bugatti Veyron suffered an accident on Monday morning in Mallorca. Apparently Cristiano was not inside the vehicle. [@UHmallorca] #mufc pic.twitter.com/WtG5crWWsd

The identity of the driver of CR7’s car during the accident has not yet been confirmed.

However, according to the local press, the Portuguese ace’s Bugatti was driven by an employee of the Manchester United player at the time of the accident, who was alone in the super sports car.

An employee of Cristiano Ronaldo accidentally crashed the player’s car, a Bugatti Veyron. The vehicle is valued at €2 million (R$ 10 million).

Nobody got hurt. Ronaldo was not in the car.

No one was injured in the crash and until the publication of this article Cristiano Ronaldo had not said anything about the matter.

Cristiano Ronaldo has several big cars in his garage, but his Bugatti Veyron has a special meaning. The ace bought the super sports car shortly after winning the Eurocup, with the Portugal team, in 2016. The model is one of the favorites of the Portuguese player.