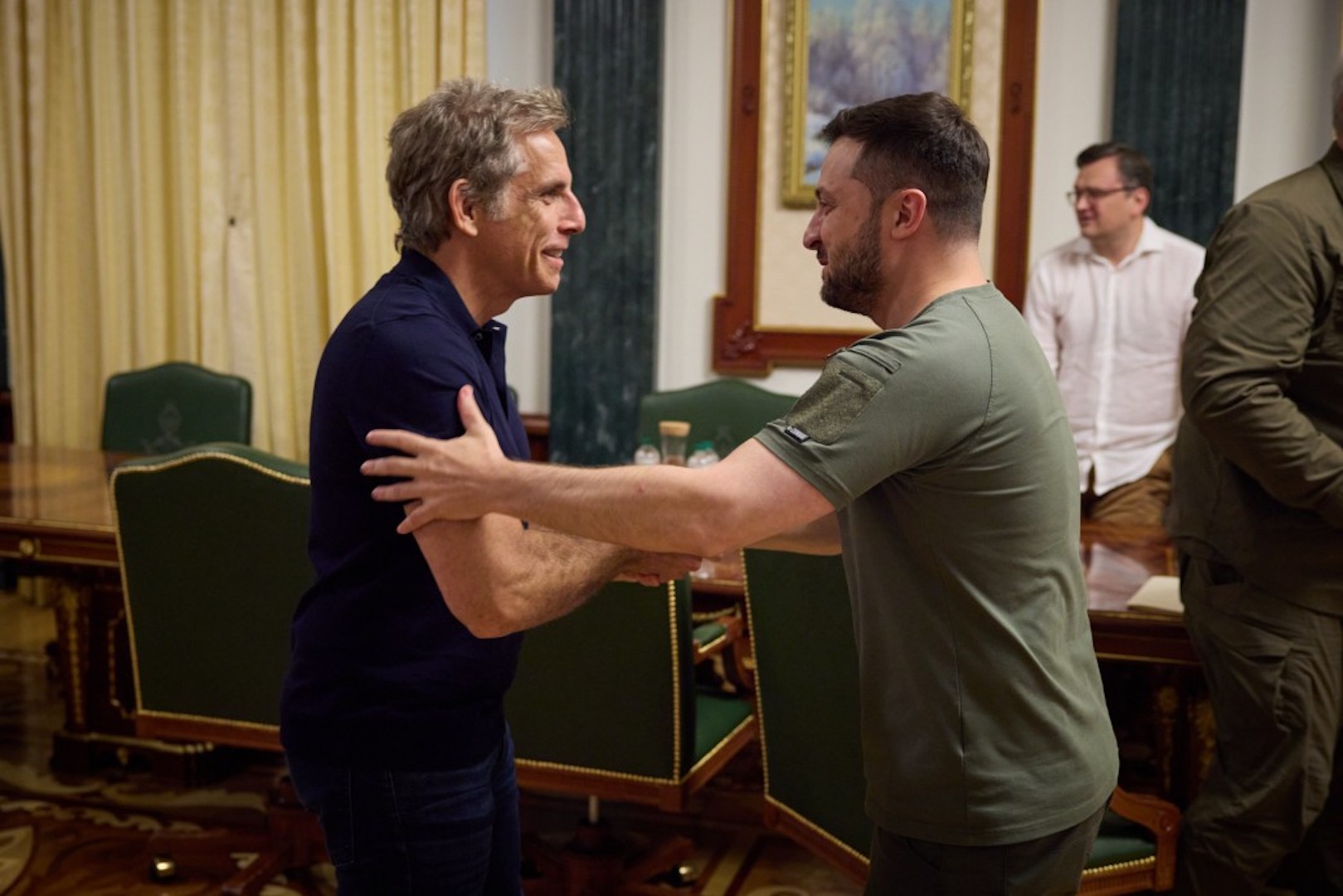 In a meeting with Ukrainian President Volodymyr Zelensky this Monday (June 20, 2022), American actor Ben Stiller called the leader a “hero” and highlighted Zelensky’s role in uniting the country to resist Russia’s advance.

Stiller has been a Goodwill Ambassador for UNHCR (United Nations High Commissioner for Refugees) since 2016 and was in Poland on Saturday (June 18) to talk to Ukrainian families who fled to the country, the main recipient of the country’s escape routes. Ukraine since the beginning of the war.

The title is granted by the UN to famous and notable figures, for example the actress Angelina Jolie, as a way of attracting public attention and increasing engagement in humanitarian causes around the world.

Earlier, he also visited the Ukrainian city of Irpin, near the country’s capital, and lamented the humanitarian situation and the trail of destruction left there.

“It’s one thing to see destruction on TV or on social media. Another is to see it with your own eyes. It’s much more shocking” said the actor to Zelensky.

The Hollywood actor, known for films such as the “Cold In” and “Night at the Museum” franchises, also praised Zelensky’s artistic career, who starred in comedy films before being elected in 2019.It’s not as good as yours.”said the Ukrainian.

In a video published on UNHCR profile on TwitterStiller claimed to be in the region to hear “people who were impacted” by conflict and understand “how did it change their lives”.

“War and violence are devastating people all over the world. Nobody chooses to leave their homes. Seeking security is a right that must be guaranteed for every person”.

This Monday (June 20), World Refugee Day, the UNHCR released the annual survey (9 MB, in English) in which it counts 89.3 million refugees in 2021. Of these, 53.2 million people are internally displaced in their own countries, while 27.1 million had to seek shelter in another nation. The figure also includes 4.6 million asylum seekers and 4.4 million Venezuelans who have fled abroad but have not applied for asylum.

Previous Pensioner discovers end-stage tumor after going to the doctor for pain in his big toe
Next Casimiro praises Joel Carli after Botafogo’s epic victory in Beira-Rio: ‘Draymond Green of Brazilian football’

🇧🇷 Zendaya with the award for best actress in a drama series for ‘Euphoria’ (Photo: …