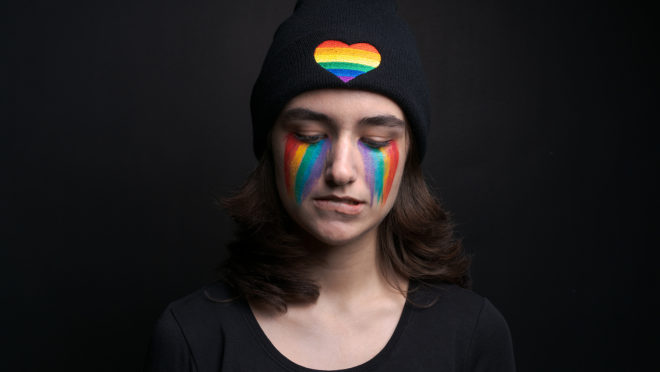 Study tries to unravel link between sex transition and suicide

What is a woman? (“What is a woman” in free translation), a documentary published this month by the conservative media company The Daily Wire, brought incontrovertible evidence that there are transgender therapists who believe that puberty can be “paused like a song” and continued. later without major problems. This opinion, which ignores the complexity of this phase of development and the lack of established knowledge about the consequences of the “pause”, is now under even greater scrutiny with the publication of a Heritage Foundation study last week (13).

The study’s author is Jay P. Greene, a researcher at the foundation’s Center for Educational Policy, which is a think tank Washington-based conservative. Greene criticizes tenets of trans activism, especially the blackmail-sounding argument that if dysphoria is not treated as a single “gender affirmation” — therapist or physician agreement with the patient’s adopted identity, involving hormone treatment and even surgery , rather than a neutral or contrary position — this will lead to suicide.

Transsexuality is a condition that comes from a possible treatment for gender dysphoria, a persistent and intense rejection of the sexual characteristics of one’s own body. Dysphoria is a disorder recognized by psychiatry, and the variation of expression of sexual characteristics in behavior and appearance has been known for millennia. Transsexuality would be the “extreme” of the effeminate man or masculine woman, who start to live respectively as “trans woman” and “trans man”, in language considered more respectful and conducive to the mental health of those who have in the transition from one expression to another. another is the most recommended treatment for dysphoria.

Some of the main contentious points, where moral and political disagreements enter, are:

In the new study, Greene reviews the risk-benefit literature of blocking puberty and hormonal transition and, in a new analysis, concludes that easier access to this treatment is associated with an increase in suicides. Drugs that block puberty are necessary for children with precocious puberty who may experience social difficulties and health complications from the influence of sex hormones produced atypically too early. Its repurpose as a “pause” of puberty in children with dysphoria is a very recent phenomenon.

The researcher also assesses the legal environment: 33 US states can provide a legal basis for minors to seek medical treatment without parental consent. However, the conditions for this vary from state to state. In Arizona, minors can only seek medical treatment without supervision if they are married or homeless. In Oregon, it is enough for a minor to obtain a certificate stating that he is mentally competent to make medical decisions without the involvement of parents or guardians.

Greene is frank about the incipient state of research on puberty blockage and other issues surrounding the transsexuality phenomenon. There are no good studies that randomly separate patients into those who will or will not receive treatment, as is expected from the gold standard of medical research. Almost all studies depend on correlations: treatment occurs together with improvement or worsening. There are many reasons for doubt in this type of study, as, for example, if young people who do not gain parental authorization to undergo treatment have a higher suicide rate, it is not known whether the most important cause of these suicides was the absence of hormone treatment. or the more general attitude of parents’ rejection of their children’s transsexuality.

Illustrating this problem, Greene points out that in a study of 27,000 transgender people who sought hormone treatment, 80% of teens in the group who got treatment reported having a good relationship with their parents, compared to 33% of those who did not. In addition, more depressed people have less initiative to seek any type of treatment. There are several “chicken or egg” problems in correlational studies that are only solved with more rigorous methods. Reanalyses of the same data from studies that claim that hormone treatment lowers suicide rates come to opposite conclusions. Hard to know who is right.

Trying to imperfectly overcome these problems, Jay Greene proposes that the different policies by state constitute a natural experiment, as the rules established do not depend on the results of the treatment. It’s not as good as the random distribution, but it would come close to it, in the researcher’s opinion. “Whether teenagers live in a state that imposes fewer or no restrictions on access to puberty blockers and sex hormones is effectively random.”

The study takes the suicide rates of young people aged 12 to 23 from 1999 to 2020. The choice of age group and period aims to indirectly capture who went through puberty in the period when puberty blockers became more available in the United States. United States, after 2010. The main comparison takes into account the policy of access to medical treatment without the consent of parents or guardians in US states. The study attempts to control for other cultural differences between states using baseline rates of suicides in this age group and among older people. To learn how available puberty blocking and hormone transition treatments were, Greene uses the frequency of Google searches for related terms.

The conclusion is that the suicide rate was higher in states that allow minors to have autonomy in accessing medical treatment in general. Prior to 2010, the two groups of states grouped together by this policy did not differ in this suicide rate. In addition, older people aged 28 to 39 saw a drop in the suicide rate from 2015 to 2020, while younger people, who went through puberty when treatments became available, saw an increase from 2 suicides in 100,000 to 3. .5 in 100,000 in that half-decade.

As is apparent, the main limitation of the study is that it did not observe the problem directly, but indirectly, as the author himself acknowledges: “The research presented here does not directly examine whether individuals who received gender-related medical interventions are at greater risk. of suicide, but directly examines state policies that make it easier for minors to access these interventions without parental consent and finds that these policies increase the risk of suicide among young people.”

Another limitation is that the size of the participation of young transsexuals in the total suicide rate in this age group is not clear. There are other problems that could explain the increase in this rate, such as the rise of social networks. As mentioned by a study from the Netherlands with 8,000 transsexuals followed for almost half a century cited by People’s Gazette, the suicide rate among trans people is not substantially different from the rate for gays, at least in that country. The Dutch also point to a drop in suicides with hormone treatment in trans women. These results are not cited in the Heritage Foundation study, which also has the limitation of merging puberty blockade, a brand-new and most controversial treatment, with treatments with opposite sex hormones, used by post-pubertal and adult transgender people, much more common and, as the Dutch indicate, potentially beneficial.

It is also very important to consider what kind of ideas may have influenced young people who say they are trans. There is an ideological innovation to decouple transsexuality from persistent dysphoria after puberty—in this case, those who do this decoupling prefer the term “transgender” over “transsexual”. If a young person has puberty block and takes hormones of the opposite sex without ever actually having a diagnosis of dysphoria, the chance that it will deteriorate their mental health is greater. Hence the importance of investigating the difference between “classical transsexuality”, which has dysphoria as a necessary criterion, and the new “transgender” identities, much more malleable to ideology and participants in the possible new social contagion of LGBT identities.

Previous Atltico negotiates with Alan Kardec; Fbio Gomes must be loaned
Next Is Seberg Against All based on real events? Understand the story behind the movie on Netflix

US wants to establish a NATO in Asia, accuses North Korea