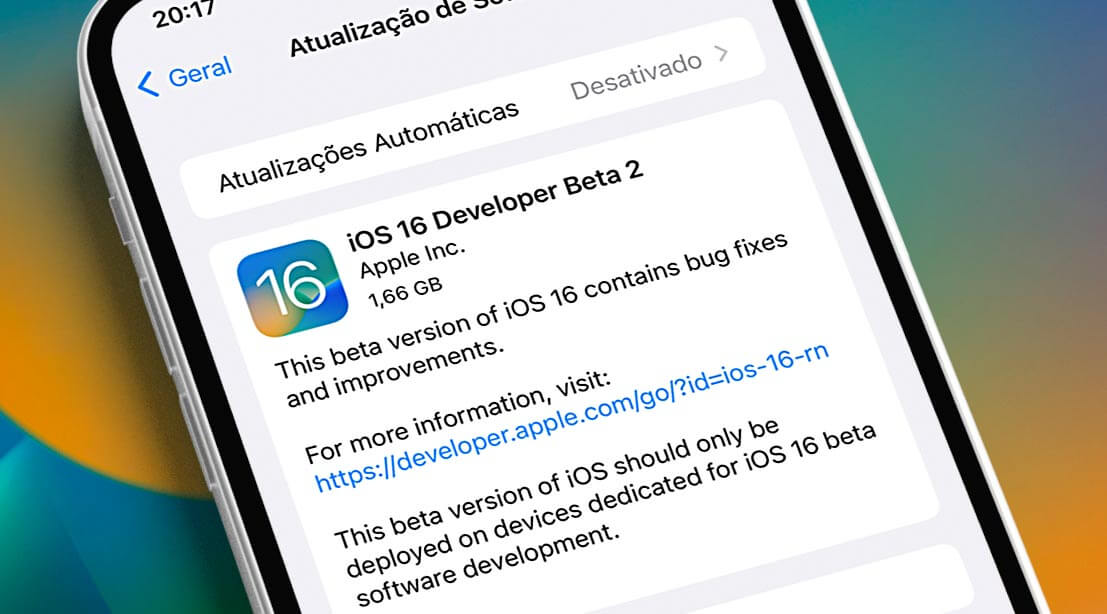 This Wednesday (22) Apple released the second beta of iOS 16 for developers, which makes many curious about what might have appeared again.

The big news has already been revealed in the last two weeks and here at BDI we’ve done in-depth articles on several of them.

In this new beta, there are a lot more tweaks to things than new things. Between improved features and fixed bugs, there are also new details that are appearing little by little.

Check out below a summary of what the second beta brought us differently.

First of all, it is important to remember that at the moment, only developers can test the beta version of iOS 16, which should arrive in everyone’s hands only in September.

Let’s see what has changed in this beta.

The new beta offers a way for edit messages to also appear on devices that don’t have iOS 16.

The system will resend the message for previous versions, showing that it has been edited.

iOS 16 offers new ways to manage the look of the locked screen, as we detail in this other article. Beta 2 shows that Apple is still studying the best way to erase a look that we had done before and no longer want.

Editing visuals for the locked screen is perhaps the most striking new feature of iOS 16. But in the first beta, everything was a little loose and for a beginner maybe not all the possibilities were clear.

In beta 2 Apple is improving this, leaving clearer hints of what can be done.

When assembling a wallpaper, it was already possible to adjust the size of the image by pinching with two fingers, but this was not said anywhere. Now beta 2 makes it clear that this can be done.

There are also customization options showing what the user can do.

In the composition of the locked screen image, two more filters were added to the photo: bichromy and Colored Wash.

On the Earth image, a green dot will appear indicating where the device is. It’s as if we saw each other from space.

The system gains even more SMS filters. In addition, those who use two phone numbers on the same device can list the messages coming from both.

You can now tap anywhere on the screen and hold by dragging your finger left and right to scroll through the video or track.

In iOS 16 users will also be able to backup iCloud via 4G network. Until then, only those who had 5G could do it over the cellular network.

If you’ve ever tried using the Control Center’s music recognition button, you may have noticed that the history of found songs is not recorded in the Shazam app. I confess I never understood this.

Now, in this second beta, they start to appear in the app’s history.

Of course, until September, a lot can still change. In the meantime, check out our articles on what’s new in iOS 16, so you can get your curiosity started before then. 😉 The Infinix Note 12 Pro cell phone was launched this week by the newcomer Infinix, …