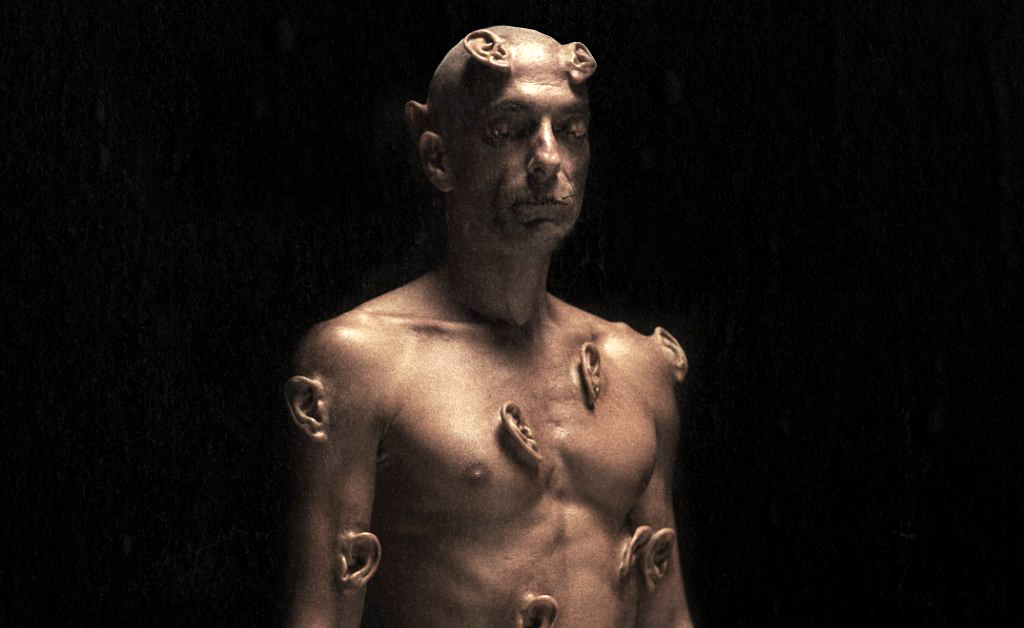 Review | Crimes of the Future – Terror of Cronenberg has scenes of WRAPPING the stomach, which damage the story

After eight years of absence, David Cronenberg recovers a story written in the 90s, right after the mind-blowing Crash – Strange Pleasures (1996). Human bodies and machines once again are the keynote of his horror show in crimes of the futurein official competition at the 74th Cannes Film Festival.

In a future where humans have stopped feeling pain and can digest plastic, Saul Tenser (Viggo Mortensen) is a famous artist because of performances where he exposes his tattooed internal organs in front of the audience and the cameras. He has the assistance of Caprice (Léa Seydoux), a surgeon passionate about body art and, probably, by his object of labor, Saul. Not so far from skin piercing displays by hundreds of piercings, tattoos or skin bifurcations, crimes of the future presents the human evolution in the loss of sensitivity and the surgery as an artistic performance. If, on the one hand, the characters see the mutations of the human body as something beautiful, on the other hand, the setting is dark, apocalyptic and hopeless.

crimes of the future it is a closed space between the almost obscene world of the “artist” Saul and his position as a double agent in the case of Lang Dotrice (Scott Speedman). Lang seeks out Saul to perform an autopsy on his eight-year-old son’s corpse on camera. His opening scene of death is conducive to shock and this snap is the thread of a certain suspense to the plot in the midst of horror shows. Terror inhabits the sensations and aesthetics presented. About 30 minutes into the film, a scene that turns our stomachs and intestines literally turns ours. It is almost instinctive to turn away (and some spectators leave the room) protecting the eyes from an aversion to the interior of our physical constitution. The idea presented, however, is that “surgery is the new sex”. At one point, Saul directly declares that he no longer knows how to have “the old sex”.

In this dystopia, Cronenberg sports a pornography in which limbs penetrating holes are replaced by scalpels cutting through flesh. Surgeon Caprice verbalizes it as: “the desire to be open”. We can interpret that in the absence of pain, endorphin, the hormone of happiness, would come from surpassing the shelter of life, that is, the skin. 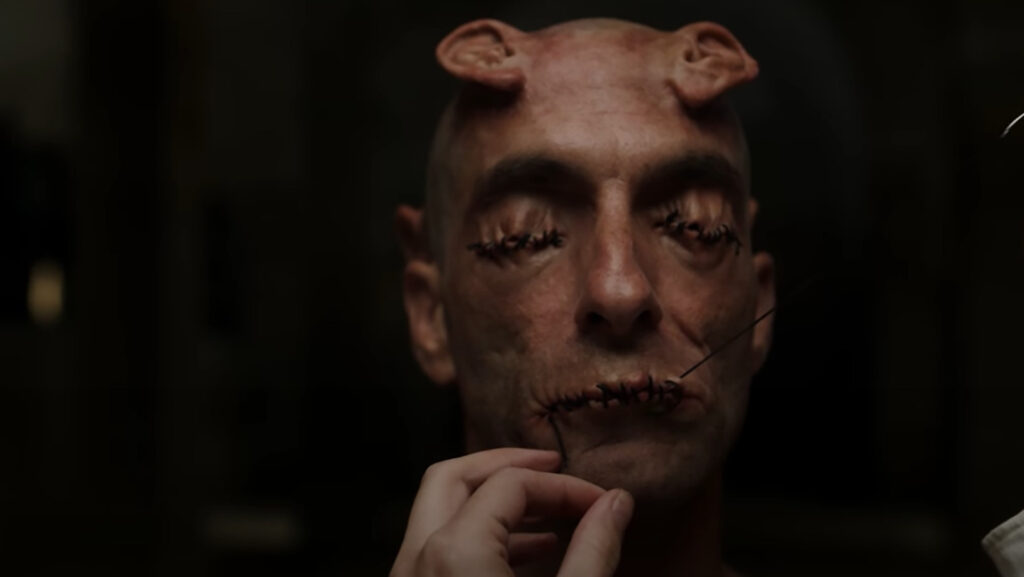 Machines are prominent characters in this society where crimes are carried out within the body itself. A clandestine new organ registration office gives us the impression of a bureaucratic and comical process, in which Timlin (Kristen Stewart) and Wippet (Don McKellar) are a peculiar duo of maximum admirers of the body art. They even promote an internal beauty contest, that is, tattooed organs.

To perform their performances, Saul and Caprice operate a modified autopsy machine. In addition to this “almost” sarcophagus, Saul sleeps in a bed that processes his internal pain during sleep and also uses a chair to help him eat, something already difficult for some humans. All these elements sound lugubrious and humorous. With arms that resemble bones and skeletons, the machines are like a life aid. The technicians of these machines also keep a mystery of their real interests. 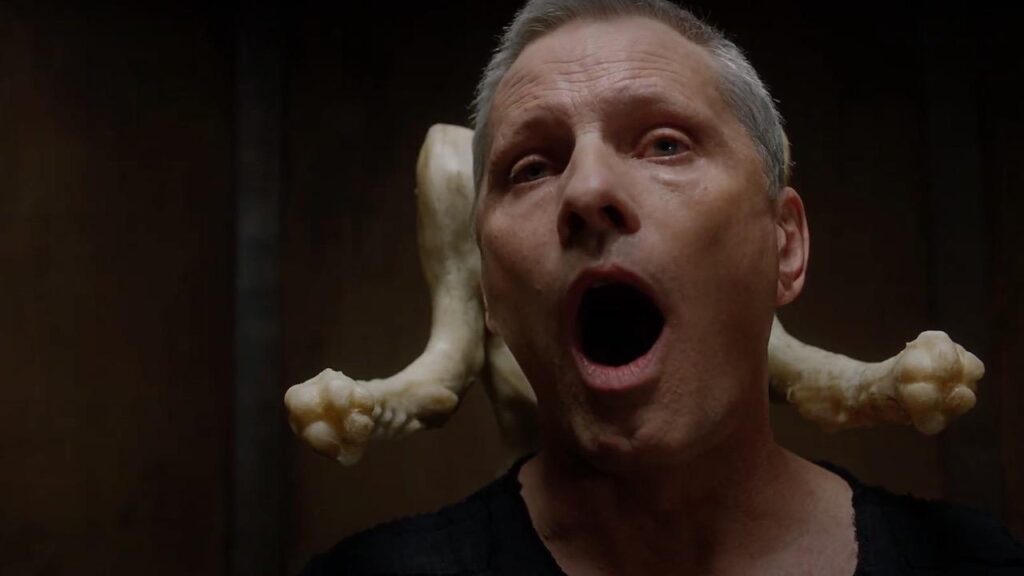 New organs or tumors? Discussions revolve between doubting a threat of natural mutation or a product of biological engineering. These mysteries, however, are not so remarkable. Cronenberg’s interest, in fact, is to explore the limits of the human body in an outrageous way. The performances also suffer from this indefinite process of metamorphosis and mutilation, sometimes sensual, sometimes picaresque.

In Crash – Strange Pleasuresthe issue was the limit to finding pleasure and the same parallel can be drawn here. crimes of the future, however, is a science-fiction in which nature itself evolves by exterminating the human inside its armor, that is, the body. In dark tones, the filmmaker makes horror aesthetic, sexy and political. However, as we watch, we are squirming in the armchair and forgetting about the questioning and the lust.

MUBI will release the film in theaters on July 14th, and on its streaming platform on July 29.

Per Leticia Alassë, straight from France

Previous Brazilians are almost a third of foreigners in Portugal | World
Next Allan Jesus, businessman of Luva de Pedreiro, breaks silence and speaks for the first time after controversy: “The truth will prevail”