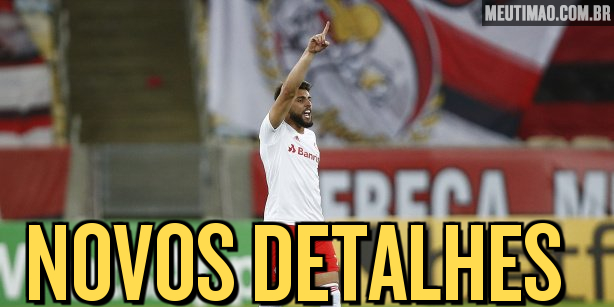 Corinthians has advanced conversations to count on striker Yuri Alberto, who currently defends Zenit, from Russia, as disclosed by the My Timon. Some bureaucratic details are still under negotiation, but the club’s desire is to have the athlete until 2025, in addition to not needing to use the FIFA clause on the war.

This clause stipulated by FIFA provides that players with current contracts with Russian and Ukrainian clubs can suspend them until June 2023. Corinthians, it is worth remembering, used this determination to hire Maycon. Each club can have two players in these conditions, so Timão tries to negotiate Yuri Alberto without using this clause, in order to use the “vacancy” in the future – as, for example, with Balbuena, as informed earlier by the My Timon.

In addition, Corinthians’ desire is to be able to count on the striker until 2025. For this, there is the possibility that the Parque São Jorge club will involve an alvinegro athlete in the negotiation. Earlier this Friday, Zenit coach Sergey Semark admitted that Yuri Alberto will not continue on in the Russian team. According to him, the player has a priority to play in another club.

Corinthians’ search for a striker began after the termination of the contract with Jô. In addition to this fact, the club is aware of the possibility of other new departures, which would free up the club’s payroll. Finally, the board also considers it important to strengthen its squad for competitions in the second half of the year.