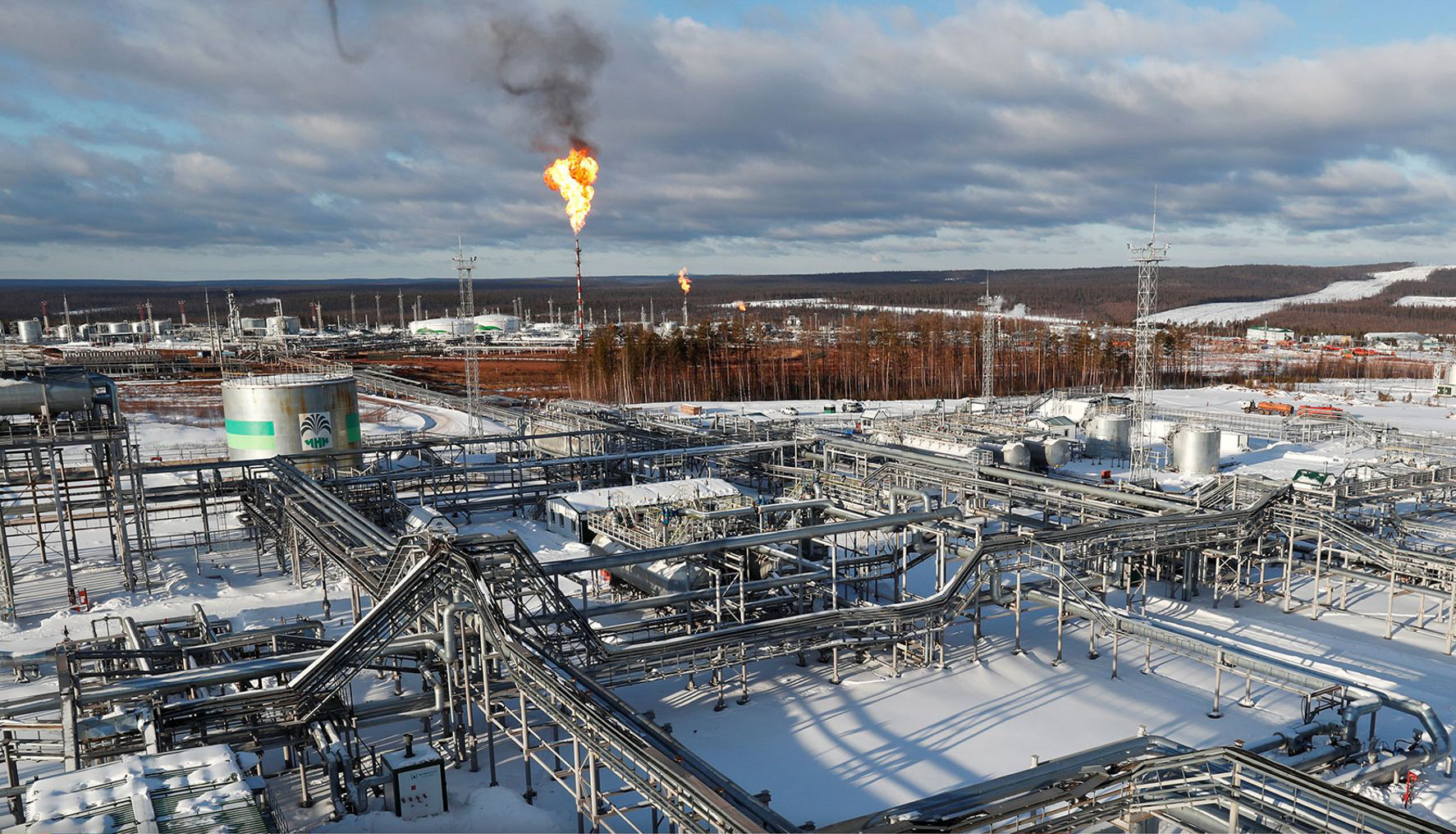 Despite Western boycott, Russia earns more from oil today than before the war – Ground Forces

China and India, the world’s most populous countries, invest in Russian oil; Due to the high price of a barrel, Moscow receives more from sales than it did four months ago

When the United States and the European Union decided to reduce Russian fossil fuel purchases this year, they hoped it would help make Russia’s invasion of Ukraine so economically painful for Moscow that President Vladimir Putin would be forced to abandon it. That prospect now seems remote at best.

China and India, the world’s most populous countries, invested to buy roughly the same volume of Russian oil that would have gone to the West. Oil prices are so high that Russia is making even more money now from sales than it did before the war broke out four months ago. And its once unstable currency has risen in value against the dollar.

Russian officials are smiling at what they are calling a spectacular failure to intimidate Putin. And the economic damage that the oil boycott was supposed to inflict is reverberating not so much in Moscow but in the West, especially in the United States, where soaring oil prices pose a potent threat to President Joe Biden for less than half his term. mandate.

Some point out that Europe’s oil embargo has yet to take effect and say the long-term effects of Russia’s economic ostracism remain a determinant of the country’s fate. These effects go far beyond the fossil fuel trade, hurting Russian banks and other industries, but it is largely the sale of oil and gas that keeps the government — and its military — afloat.

Whether Putin will now feel financially emboldened to continue the war indefinitely is an open question. But there is every indication that Ukraine and its supporters are bracing for a protracted conflict.

Iryna Vereshchuk, Ukraine’s deputy prime minister, has made an urgent appeal for hundreds of thousands of people living in Russian-occupied parts of southern Ukraine to be evacuated before a potential Ukrainian counteroffensive.

And on Tuesday, the Biden administration dispatched Attorney General Merrick Garland on a surprise visit to Ukraine, where he announced the appointment of Eli Rosenbaum, a veteran prosecutor known for investigating former Nazis, to lead US efforts to help tracking down Russians implicated in possible war crimes in the country. Putin has categorically rejected any accusations of Russian atrocities in Ukraine, which he has long maintained is not even a legitimate country.

But in the short term, the United States and its Western allies were counting on economic sanctions, not criminal prosecution, to persuade Moscow to back down or at least diminish its ability to sustain the war. For now, at least, that tactic appears to have gone awry, given rising demand in Asia for oil from Russia, the world’s third-largest oil producer after the United States and Saudi Arabia.

In May, Chinese imports of Russian oil rose 28% from the previous month, hitting a record high and helping Russia overtake Saudi Arabia as China’s biggest supplier, according to Chinese statistics. India, which used to buy little Russian oil, is now bringing in more than 760,000 barrels a day, according to shipping data analyzed by Kpler, a market research firm.

According to Rystad Energy, an independent business research and analysis firm, Russian oil sales to Europe dropped by 554,000 barrels a day from March to May, but Asian refiners increased their output by 503,000 barrels a day — almost a 1 for 1 replacement.

While Russia is selling the oil at a deep discount because of the risks associated with sanctions imposed by the invasion of Ukraine, rising energy prices have paid off. Russia raised $1.7 billion more last month than it did in April, according to the International Energy Agency. 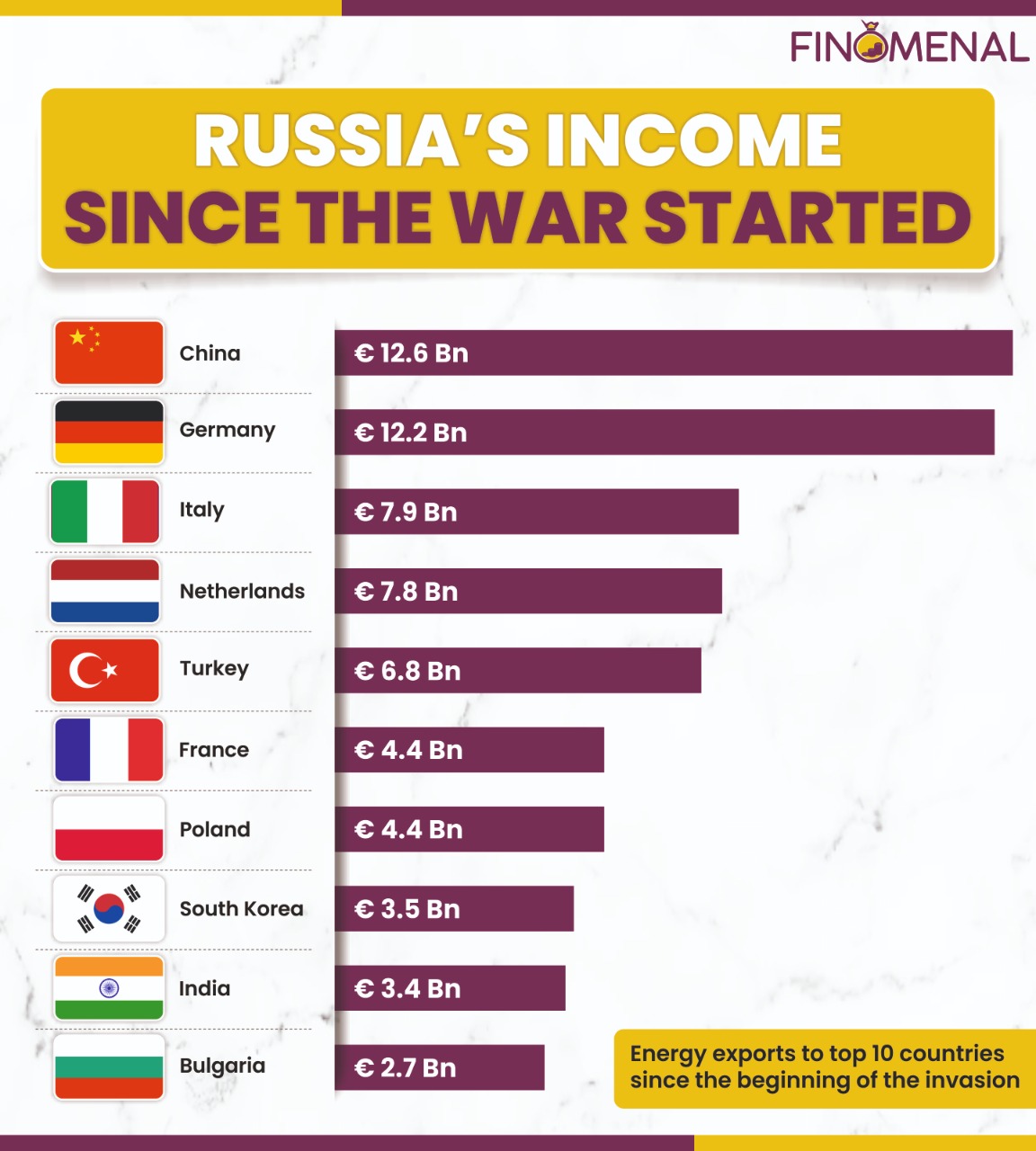 It remains unclear whether Asia will buy all the Russian oil once destined for Europe, as the EU works to wean itself off the Kremlin’s dependence on energy exports. But for now, the move has allowed Moscow to maintain oil production levels and confound expectations that its output would fall.

China’s purchases, in particular, have highlighted the support Putin receives from his Chinese counterpart, Xi Jinping, who has promised to deepen cooperation with Moscow, whatever his qualms about the war in Ukraine.

The combination of discounted Russian crude and higher pump prices also means Indian refiners are profiting double, analysts say. Some of the petroleum products exported by India have been shipped to the United States, the United Kingdom, France and Italy, according to the Finland-based Energy and Clean Air Research Center.

Since refineries turn oil into diesel or gasoline, no one can tell whether the fuels they ship to Europe and elsewhere come from Russian oil. This means western drivers who think they are paying more for non-Russian fuel could be wrong.

“These molecules, many of them are Russian,” Jeff Brown, president of FGE, an energy consulting firm, said of refined petroleum products exported to the West.

High global demand for Russia’s oil and gas is prompting Russian officials to declare that Western efforts to limit Russian exports have failed.

Aleksei Miller, head of Gazprom, the Russian energy giant, told an economic conference in St Petersburg, Russia, last week that he had no ill will against Europe because, while Russian natural gas imports from the continent have fallen, prices rose “several times”.

“I won’t distort the truth if I tell you we don’t hold a grudge,” he said.

This month alone, the Russian Ministry of Finance has estimated, government coffers are likely to receive $6 billion more in oil and gas revenue than anticipated because of high prices.

Still, the sanctions are likely to cause more pain to the Russian economy later this year. And while the recovery of the Russian currency, the ruble, is partly attributable to the country’s surprising economic resilience, it also reflects tight government controls on capital flows and falling imports into Russia.

Putin’s government has also drastically reduced the amount of budget data made public, making it difficult to quantify how much it is spending on the war. Analysts say there is no evidence that Putin is under immediate pressure — economic or otherwise — to end his military campaign.

But Nadorshin, of consultancy PF Capital in Moscow, said the data the government is releasing indicate it is trying to reduce overall spending. And evidence of shortfalls in Russian army equipment, with volunteers struggling to deliver first-aid equipment and other basic items to troops, shows the limits of the Kremlin’s ability to fund the war effort.

“The government’s willingness to spend is clearly shaken, despite the bravado of official pronouncements,” Nadorshin said. “It’s not hard to guess that, in terms of acquiring weapons, all is not going well.

EDITOR’S NOTE: For anyone who wants to watch an excellent video on the economic consequences of the War in Ukraine, we recommend the following:

Previous Roger says “no”, bars hiring at Grêmio and exposes reinforcement sought after in the market: “Playing behind the striker”
Next Everything you can see at the cinema in Oeiras this week