The premieres of the poster feature a biographical film and a Portuguese drama. But there is also action, animation and adventure. 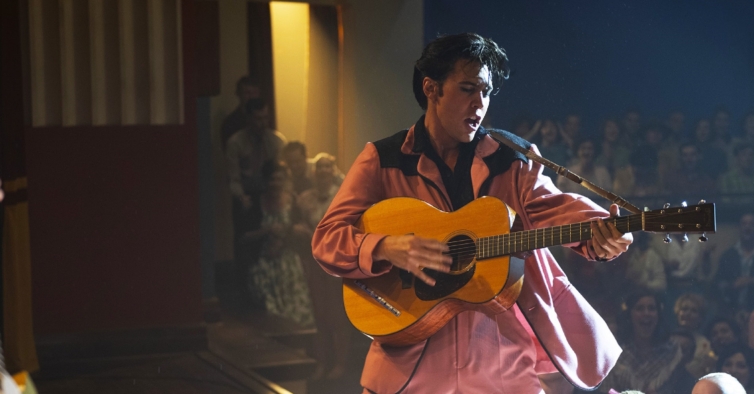 Austin Butler is the actor who brings Elvis to life.

If you like biographical films about music icons, you’ll love one of the week’s premieres at Oeiras Parque’s cinemas. We are talking about “Elvis“, a film that brings to the public the story of what is considered the king of rock, who died in 1977. The film is directed by Baz Luhrmann, responsible for hits such as “Moulin Rouge” and “The Great Gatsby“.

Austin Butler is the actor who brings Elvis to life, whose life and work are explored in this production, which addresses the musician’s complicated relationship with his agent Colonel Tom Parker, played by Tom Hanks. The story centers on the complex dynamic between Presley and Parker over the course of 20 years, from the beginning of the musician’s career to his world stardom, not forgetting the relationship with one of the most important people in his life, his wife and mother. daughter, Priscilla Presley.

But this is not the only premiere of the week. A Portuguese drama also arrives on the screens of the Oeiras Parque shopping center. “Campo de Sangue”, directed by João Mário Grilo, is based on the book of the same name by Maria Dulce Cardoso. In this work, the character of a novel written in the past comes to life in the present to torment the author, reliving and revisiting with her the story of a crime.

Discover all the movies you can see in Oeiras this week.

“Elvis,” directed by Baz Luhrmann, stars Austin Butler, Tom Hanks and Olivia DeJonge. It tells the story of the musician from his childhood in Mississippi, to stardom starting in Memphis all the way to Las Vegas. Learn more details about the film in this NiT article. Sessions: every day, in ATMOS version, in room 1, at 1:30 pm, 5 pm and 9 pm.

“Campo de Sangue“, directed by João Mário Grilo, has in the cast names like Carloto Cotta, Luísa Cruz and Sara Carinhas. A man awaits trial after a murder. Outside, there are four women who, in one way or another, relate to him, where each one will give their testimony and, consequently, the version of the story they share with him. Sessions: every day, in room 3, at 1:45 pm, 4:00 pm, 6:00 pm and 8:30 pm.

“Buzz Lightyear” by Angus MacLane presents the origin story of Buzz Lightyear, the hero who inspired the toy, and follows the legendary space ranger on an intergalactic adventure as he tries to return home, through space and time. Buzz Lightyear and a team of astronauts are exploring different planets. When they arrive in a territory inhabited by aggressive creatures, they are forced to leave quickly, but an overly ambitious maneuver by Buzz goes wrong and the astronauts are stranded there. Sessions: in Portuguese in Room 5, at 1:20 pm, 3:45 pm and 6:20 pm; in the original version, in room 5, at 9:15 pm.

“Jurassic World: Dominion“, created and directed by Colin Trevorrow, has an all-star cast, with Chris Pratt, Bryce Dallas Howard, Laura Dern, Jeff Goldblum and Sam Neil. Dinosaurs now live and hunt alongside humans, in a fragile balance that will redefine the future and determine, once and for all, whether humans will remain at the apex of predators, on a planet they now share with the most dangerous creatures. of the story. Sessions: every day at 2:00 pm, 5:30 pm and 9:25 pm in room 6.

“Top Gun: Maverick” directed by Joseph Kosinski and written by Peter Craig. Tom Cruise and Val Kimmer return to the cast, along with new names like Jennifer Connely and Miles Teller. When Pete Mitchell accepts to train a group of Top Gun graduates for a mission, he is confronted with ghosts from the past and forced to face his fears, culminating in a mission that requires the sacrifice of those chosen to fly it. If you want to know more about production, read this article from NiT. Sessions: in ATMOS version, every day, in room 2 at 12:40, 15:25, 18:35 and 21:40.

“Doctor Strange and the Multiverse of Madness” by Sam Raimi, with Benedict Cumberbatch, Chiwetel Ejifor, Elizabeth Olsen and Rachel McAdams, arrives with adventure, action and fantasy. In the film, a forbidden spell cast by Doctor Strange opens the door to the multiverse, including alternate realities and versions of himself, whose threat to humanity is too great for his forces and those of his allies. Sessions: every day, in Room 4, at 5:45 pm and 8:45 pm.

“Os Mauzões”, an animated film by Pierre Perifel, in the Portuguese version with the voices of Tomás Alves, Manuel Marques and Nuno Markl. DreamWorks Animation’s comedy tells the story of five friends, a gang of criminal animals, who decide to become good. Sessions: every day at 12:50 and 15:10, in room 4. Also on Sunday at 11:15 in room 3.

Previous Despite Western boycott, Russia earns more from oil today than before the war – Ground Forces
Next “He ordered the name of Bustos to be left in suspense”; reporter brings ‘bomb’ in Santos about current coach and climate heats up in Vila