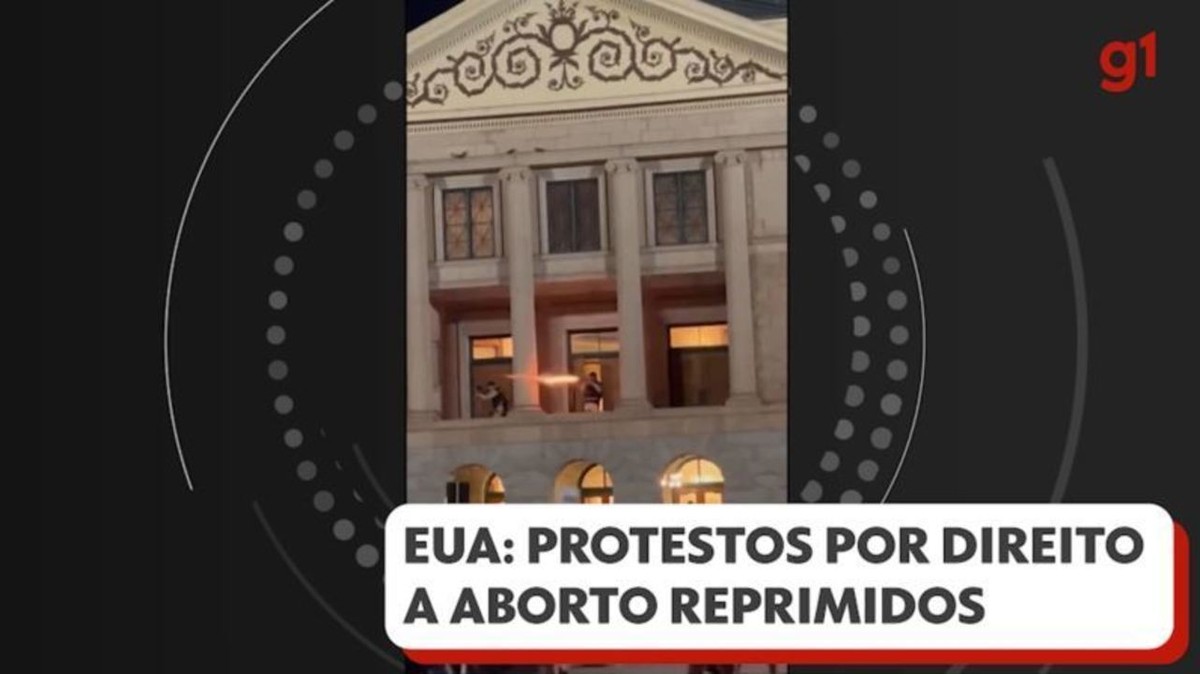 Abortion Rights Protests Spread Across the US | World

Americans took to the streets to protest in several states across the country against the decision of the US Supreme Court, which overturned the right to legal abortion in the country.

In some places, demonstrations were violently repressed, such as in Phoenix, Arizona, and in the city of Los Angeles, California.

In an image posted on Twitter, police shove a journalist in Los Angeles.

Some protests were organized by networks of reproductive health clinics, but in all of them the majority of protesters were women.

Most marches were peaceful, although incidents were reported. In addition to Los Angeles, cases of violence against protesters were reported in Phoenix, where police used tear gas to disperse protesters gathered outside the Arizona government headquarters. They banged on the windows of the building, forcing deputies to interrupt the session.

In Cedar Rapids, Iowa, two people were injured after being hit by a car during a protest.

Woman protests overthrow of the right to legal abortion. Outfit references the series The Handmaid’s Tale, where the rape of women is permitted by law. — Photo: Sabrina Valle/Reuters

One of the biggest protests took place in the American capital, where hundreds of protesters gathered in front of the Supreme Court. The cities of New York, Denver, Miami and Houston were also the scene of demonstrations, according to international agencies.

In Texas, women gather to protest in response to the US Supreme Court decision overturning the decision on the right to legal abortion. — Photo: REUTERS/Evan Garcia 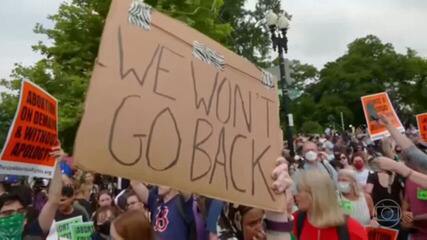 Protester face-to-face with NYPD after protests were cleared from the street. Photo from 6/24/2022 — Photo: REUTERS/Caitlin Ochs

The Supreme Court overturned the 1973 “Roe v. Wade” decision that recognized the constitutional right to abortion and legalized it nationwide.

This has given states back the power to define whether they allow this type of procedure. The change is expected to lead to abortion bans in about half of US states.

The ruling puts the court at odds with the majority of American public opinion, which was in favor of preserving the Roe v. Wade decision, according to opinion polls.

The US Supreme Court is made up of 9 members. Six of them voted in favor of overturning the Roe versus Wade decision, while another 3 stood by it.

One of the arguments used to end Roe against Wade is that abortion is not specifically provided for in law and that the 1973 decision would have been based on an interpretation of the Constitution.

The new Supreme Court ruling, however, does not mean that abortion is automatically banned in the United States, although it should make termination of pregnancy illegal in almost half of the states in the country, which are conservative and will now be able to decide separately whether or not to continue this procedure. right. 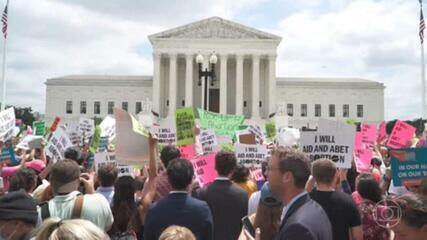 With the overthrow of Roe against Wade, the United States returns to the situation before 1973, when each state was free to prohibit or authorize abortion.

Among 26 conservative states, most in the center and south of the country, such as Wyoming, Tennessee and South Carolina are ready to ban the practice altogether.

This means that women who want to terminate a pregnancy in states where the practice is prohibited will have to travel sometimes long distances until they reach a place where it is allowed.

What was the “Roe vs. Wade” decision?

The decision to this day known as “Roe v Wade” was established on January 22, 1973, when the United States Supreme Court ruled that the right to respect for private life guaranteed by the Constitution applied in abortion cases.

The highest court in the country took over the matter months later, in an appeal by Jane Roe against Dallas prosecutor Henry Wade, but also in another by a doctor and a childless couple who wanted to be able to practice, or undergo, a voluntary termination of pregnancy legally.

After hearing the parties twice, the Supreme Court waited for the November 1972 presidential election and the re-election of Republican Richard Nixon to issue its decision, by seven votes to two.

Recognizing the “sensitive and emotional nature of the abortion debate, the starkly opposing views, including among physicians, and the deep and absolute convictions that the issue inspires,” the high court eventually struck down Texas’ abortion laws.

Previous Learn how to clean your cell phone the right way; see what you can’t do
Next David Cronenberg’s Crimes of the Future Coming in July

7 hours ago Credit, Getty Images photo caption, There were protests against the new code …