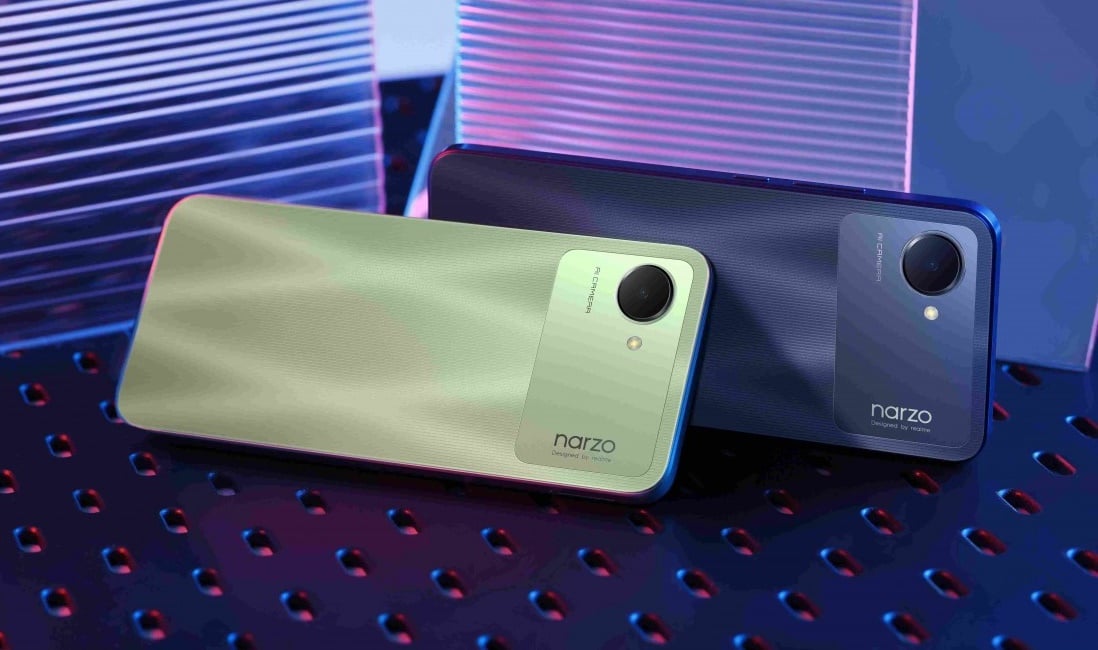 After the official announcement of the C30, Realme is back now with the official launch of the new Realme Narzo 50i Prime. The model features a relatively large 6.5-inch display with HD+ resolution and houses a 5MP front camera for selfies and video calls.

With a flashy rear design, the Realme Narzo 50i Prime impresses with its Dark Blue and Mint Green colors. Talking about the cameras, the model only includes an 8MP main camera and a discreet LED flash. There is also the Narzo series brand logo that is discreetly positioned on the opposite side of the camera.

Under the hood, the smartphone works with a Unisoc T612 chip along with 2GB/3GB of RAM and 32/64GB of expandable storage via microSD. To keep everything running, the manufacturer has also included a massive 5,000mAh battery that supports up to 10W charging. In addition, the smartphone features a P2 input for headphones and a Realme Go Edition system based on Android 11.

The new Realme Narzo 50i Prime will be available on AliExpress from June 27th at a promotional price of R$583.

Previous Booed before Inter’s victory, Taison vents after goal: “The fans hurt me a lot” | International
Next Deepest-ever-recorded ship sunk discovered in Philippines