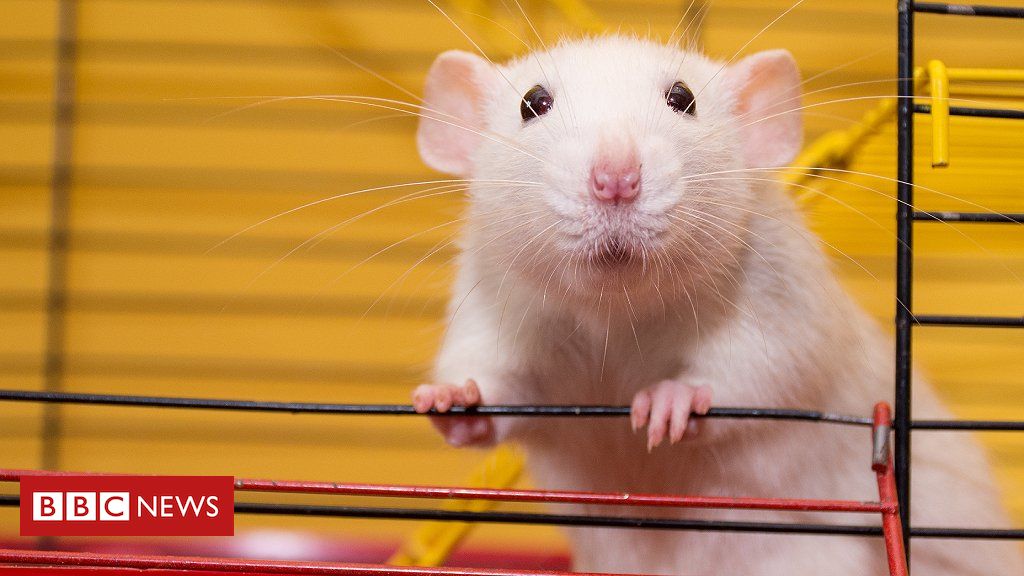 The cruel experience that pointed out: hope is not the last to die, but the first

An example is the famous statement that if you put a frog in boiling water, it will jump immediately, but if you put it in warm water and gradually increase the temperature, it will not realize the danger and will be cooked to death.

It causes such a powerful reaction that gurus and politicians often use it to encourage people to act. But some of us ask whenever we hear it: which scientist came up with the idea of ​​putting frogs in boiling water?

Although it seems the result of an experiment, the fact is that it never happened. In fact, experts claim that as soon as the temperature bothered her, the frog placed in the warm water would jump, but not the other, who would die like any other creature that fell into the boiling water.

But there is another famous case study that is just as disturbing. Rats were placed in cylinders of water and watched as they drowned. This study, yes, was carried out — by the American biologist, psychobiologist and geneticist Curt Richter.

And, for those who ask “why?” when he hears about the experiment, before worrying about the outcome, Richter’s article published in 1957 in the journal Psychosomatic Medicine begins by answering exactly that question: “We were studying differences in stress response between wild and domesticated rats.”

Richter published his article because he had found in rats a phenomenon similar to that studied by Walter Cannon, one of the most important physiologists of the 20th century.

In his study published in 1942 with the title “Voodoo Death”, Cannon mentioned several cases of sudden, mysterious and apparently psychogenic deaths, in various parts of the world, which occurred within 24 hours after the individual violated some social or religious norm.

He reported that “an indigenous Brazilian condemned and sentenced by a shaman, helpless against his own emotional reaction to this pronouncement, died in a matter of hours (…) [e] a New Zealand Maori who ate a fruit and later learned that it came from a taboo place died the next day at noon”.

After thoroughly analyzing this evidence, Cannon was convinced that this phenomenon was real and asked himself, “How can a state of sinister and persistent fear end a human being’s life?”

Richter explained that Cannon’s conclusion was that the death was a consequence of the state of shock produced by the continuous release of adrenaline. And he added that if this is true, one would expect that under these circumstances, individuals’ breathing would become agitated and their hearts would beat faster and faster.

This “would gradually lead them into a state of constant contraction and, ultimately, death in systole.” But Richter’s rat study showed just the opposite.

In his laboratory at Johns Hopkins University in Baltimore, United States, Richter had placed domesticated rats (that is, rats that were born, grew up and would die in the laboratory) in glass containers from which they could not escape. He wanted to see how long rats would survive swimming in water at different temperatures before drowning.

But there was a problem: “At all temperatures, a small number of mice died between five and ten minutes after immersion, while in some cases, apparently healthier ones swam up to 81 hours.”

It was too large a variation for the results to be significant. But Richter said “the solution came from an unexpected source: the discovery of the sudden death phenomenon.”

Richter then altered the experiment. He began by clipping the rats’ whiskers, “possibly destroying their most important means of contact with the outside world.” And he introduced, in addition to domesticated rats, hybrid and other animals newly captured on the streets.

While most domesticated mice swam between 40 and 60 hours before dying, hybrid mice (crosses between domesticated and wild mice) “died long before that time”.

But the most surprising thing was that the wild rats, which are often strong and excellent swimmers, drowned “1 to 15 minutes after being immersed in the containers.”

Because? Cannon claimed that sudden deaths were due to the large amount of adrenaline released by stress, which accelerated breathing and heart rate.

It so happens that the data collected by Richter indicated that “the animals died by deceleration of the heart rate and not by acceleration”. That is, breathing slowed down and body temperature dropped, until the heart stopped beating.

That information was valuable, but it wasn’t what made the experiment so famous. There was another point that could not be ignored.

“What kills these rats?” was Richter’s question. “Why do wild, ferocious and aggressive mice die quickly and most tame and domesticated mice do not, when subjected to the same conditions?”

In fact, he observed that some wild rats died even before entering the water, still in the hands of researchers.

– the restriction used to detain wild rats, suddenly eliminating any hope of escape;

– the confinement in the glass vial, which also eliminated any possibility of escape and, at the same time, threatened them with immediate drowning.

Instead of triggering the fight-or-flight reaction, Richter was watching the rats’ hopelessness.

“Let them be held in the hands [dos pesquisadores] or confined to the swimming container, the rats find themselves in a situation against which they have no defense. This hopeless reaction is exhibited by some wild rats very shortly after they have been grabbed by the hand and prevented from moving; it seems that, literally, they ‘surrender’.”

On the other hand, if the survival instinct was triggered in every case, why did the domesticated rats seem convinced that if they kept swimming, they might end up saving themselves? Could mice have different “convictions” and even hope?

Richter again altered the experiment. He took similar mice and placed them in the container. But just before they died, he would take them out, hold them for a moment, release them, and then put them back in the water.

“So,” he wrote, “the rats quickly learn that the situation is not really hopeless; from there, they revert to being aggressive, trying to escape, and showing no sign of giving up.”

That little gap made a lot of difference. Rats that experienced a brief breath swam much longer. Knowing that the situation was not lost, that they were not doomed, and that a helping hand could come to their rescue, they struggled to live.

Richter’s intention was to contribute to the research of the so-called voodoo death, which, according to him, did not only happen in “primitive cultures”, as Cannon had pointed out.

“During the war, a considerable number of unexplained deaths were reported among soldiers in this country’s armed forces. [os Estados Unidos]. These men died in apparent good health. At autopsy, no pathology was observed,” he said.

“It’s also interesting at this point that, according to RS Fisher, a medical examiner for the city of Baltimore, several people die each year after taking small, definitively sublethal doses of poison, or inflicting small, non-lethal wounds,” Richter continues. , “they apparently die because they are convinced of their death”.

Richter’s experiment was repeated thousands of times by pharmaceutical companies to prove antidepressant components, after, in 1977, researcher Roger Porsolt found that rats given these components fought longer.

Thanks to the actions of the animal rights organization Peta, the practice of putting rats to swim in laboratories has been considerably reduced. But the lessons of this cruel experiment live on in psychology.

Like the fake frog experiment, the rat test has become famous beyond its natural environment of study, as has the idea that hope gives these creatures the strength they need to fight for their lives in the midst of a desperate situation.