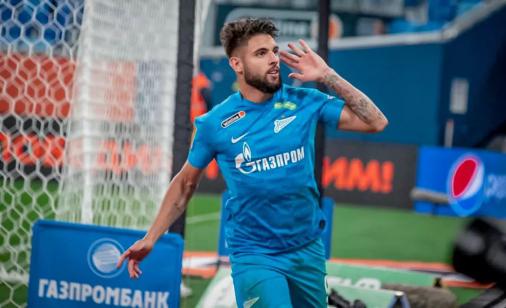 To release striker Yuri Alberto to the CorinthiansZenit, from Russia, wants to count on two athletes from Timão: goalkeeper Ivan and striker Gustavo Mantuan.

The Corinthian board evaluates the possibility and discusses the business model with the Russians, if they agree to involve the pair in the exchange.

At the beginning of the talks, the Parque São Jorge club had decided to use the FIFA mechanism that allows athletes who play in Russia and Ukraine, countries that are at war, to play for other clubs until June 2023. Zenit initially seemed not to oppose, but last Friday (25) he got involved looking for a counterpart.

+ TABLE – Check the table and simulate the Libertadores games

As Corinthians does not have the resources to generate financial compensation, and Yuri wants to leave the Saint Petersburg team, Zenit’s management sought the alternative of having Corinthians athletes.

Nonetheless, the Timon ‘recalculated route’ and, ceding two players to the Russians, began to consider signing Yuri Alberto permanently until 2025.

Now, with the names of Corinthian assets that Zenit would like to have on the table, the management of the alvinegra team reassesses the business possibilities.

The first, and most viable, is for all parties to receive players on loan, with Yuri arriving at Corinthians on loan until June 2023, through the ‘mechanism of war’.

In the case of the release of Ivan and Mantuan to Zenit, there is a chance that they will be sent to the Russian club already in the middle of the year, but the desire of the Corinthians management is to use them as a counterweight for an eventual permanent hiring of Yuri, in the year next. Thus, the striker would play at Timão until June 2023, and, deciding to stay, would sign until the end of 2025, with the alvinegro club sending his duo in the middle of next year.

The option of giving up their assets only in the next season is the one that most pleases Corinthians, since the Corinthians coaching staff wants to count on these athletes, especially Mantuan, in the sequence of the season.

The attacker is one of boys who were being shielded from the international market by Vítor Pereirawho sees him with a good level of maturity and taking the lead in decisive moments.

Between Corinthians and Yuri Alberto’s staff, everything is fine. The athlete agreed to reduce his salary standard to fit the Corinthians ceiling and, if the deal goes through, he will receive something around R$ 1 million monthly.

Previous Judge formalizes sentence of trial between Johnny Depp and Amber Heard, who intends to appeal
Next Beer is good for health, study says; see 3 good reasons to take