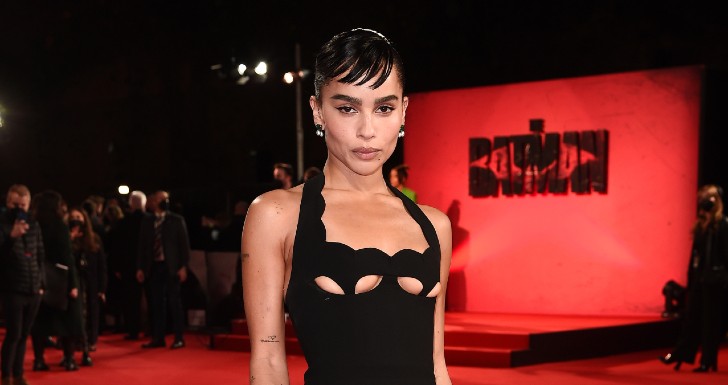 Zoë Kravitz in The Sundance Kid Might Have Some Regrets

From Warner Bros., the adaptation of the Leyna Krow story has Zoë Kravitz as both star and producer. It is described as a thriller, with heists and super powers.

from one short story, “The Sundance Kid Might Have Some Regrets” is on its way to the screens under the auspices of Warner Bros. studios; Zoë Kravitz is also involved in the project as a producer, alongside Matt Jackson (“All the Old Knives”), and with Joanne Lee as executive producer.

A thriller, it presents itself as a redefinition of the robbery story genre with a story centered on a pair of twins who rob banks. One has supernatural powers, the other has nothing. Still without details about the character, it is expected that Zoë Kravitz is one of the sisters of the duo of robbers.

In “The Sundance Kid Might Have Some Regrets”, Maggie is the twin who has the brains but also the skills, such as telekinesis, super strength, speaking several languages, invincibility among others. The other, without powers, is the narrator of the story and the face of the operation. The other twin follows Maggie everywhere, but when their latest adventure goes haywire, she begins to have doubts about their lives.

The film will mark a ‘reunion’ between Kravitz and Warner Bros., after the recent success of “The Batman”, where it was Selyna Kyle/Catwoman. As for Leyna Krow, this will be the second ongoing adaptation of her works, with the short story “Sinkhole” already in development by Jordan Peele and Issa Rae at Universal Pictures.

For now, there are still no names associated with the cast or director of the film.

Do you know these stories by Leyna Krow?

Previous Extreme heat of up to 50ºC leaves a trail of damage in Europe, Asia and the United States; see PHOTOS and understand | Environment
Next Glove de Pedreiro sends indirect to Allan Jesus: ‘I made the game turn’