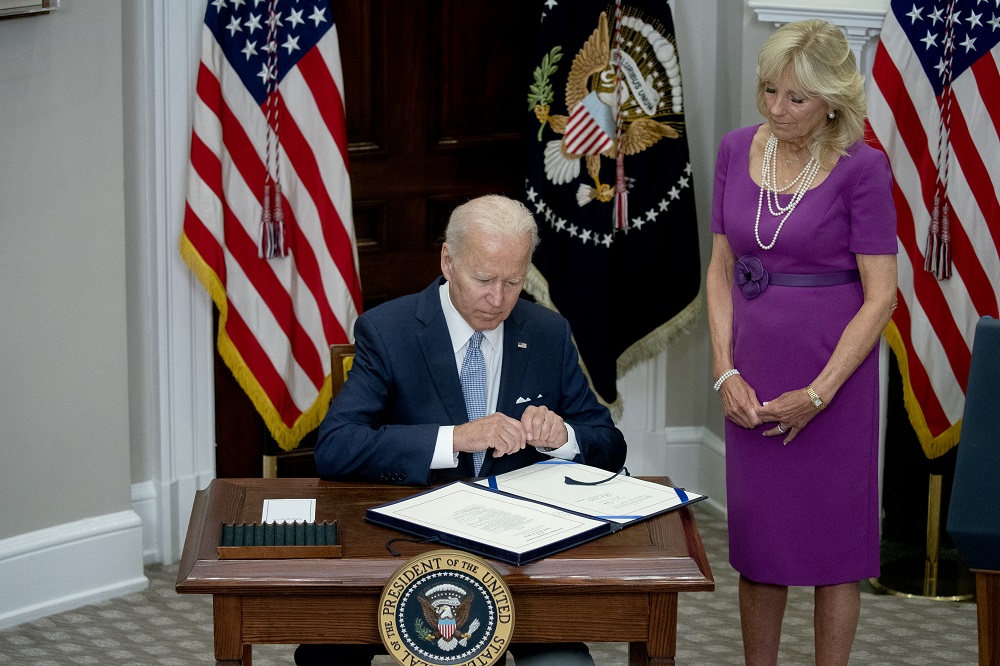 With First Lady Jill Biden, the President of the United States, Joe Bidensigned this Saturday, 25th, the law that aims to establish the regulation of firearms, the most important in almost 30 years, but which remains far below the aspirations of the American president. “While this law doesn’t cover everything I want, it does include measures that I’ve been asking for a long time and that will save lives,” the Democrat said on Tuesday. White House, before flying to Israel and Europe. The rule, approved by Congress with the support of Republican congressmen, introduces new restrictions on the carrying and purchase of weapons — the biggest being criminal background checks — and earmarks billions of dollars for mental health and school safety.

The parliamentary initiative was launched after two massacres that took place in May, that of an elementary school in Uvalde, Texas, in which 21 people (including 19 children) died, and that of a supermarket in buffalo, in the state of New York, in which 10 blacks were killed. The text aims to strengthen criminal and psychological background checks for gun buyers aged 18 to 21 and establish better control of illegal gun sales and the funding of programs dedicated to mental health. Biden also intended to ban rifles. Referring to the difficulty of passing legislation on such a sensitive issue in a divided Congress, the president called the new legislation “monumental.” The message from the shooting victims, he said, was “do something, damn it, do something.” “Well, today we did something. I know there is still a lot of work to do and I will never give up,” he added.

Previous Corinthians and Santos draw goalless in a reunion, for the Brazilian Championship
Next WhatsApp launches function that can cause ‘fights’ in groups