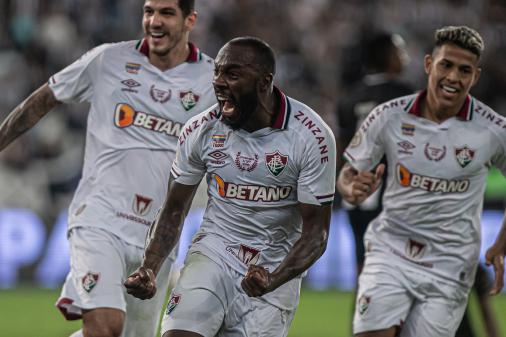 Fluminense crushes Botafogo, wins classic and returns to the G6 of the Brasileirão

The cold afternoon in Rio de Janeiro was taken by a tricolor heat at the Nilton Santos Stadium. This Sunday, the Fluminense was superior from start to finish and won the Botafogo 1-0 in a game valid for the 14th round of the Brasileirão. Manoel scored the goal of the match.

The Tricolor reached 21 points with the victory and returned to sixth place. The team had been overtaken during the round, but regained its position. Botafogo continues with 18 points and is now in ninth place. Click here to see the table!

Botafogo will play again this Thursday, against América-MG, for the round of 16 of the Copa do Brasil, at Independência. Fluminense will have a free week and will face Corinthians on Saturday, at Maracanã, for the Brasileirão.

WARM, WARM…
The low temperature in the afternoon in Rio de Janeiro accompanied the game’s thermometer for most of the first half. Despite a promising start, the match soon took a turn for the worse. Fluminense dominated possession of the ball, but little threatened Gatito.

Botafogo bet on counterattacks, but did little to fit the descents in speed. The doldrums of bad decisions prevailed and the game went to halftime with the score zero.

TRICOLOR PRESSURE
The second half followed the same beat as the first. Fluminense returned at a fast pace, occupied the offensive field with ease and was practically the only team that played for Nilton Santos.

Unlike the second half, Tricolor scared more. Germán Cano had a shot in the small area that Gatito ‘shot with his eyes’.

FINALLY ON THE NET!
​The tricolor pressure hit, hit, hit and only gave results in the final stretch of the game. After a corner kick, the ball was left in the middle of the area and Manoel, with an attacking pike, left two players on the ground before finishing to the back of the net.

Botafogo even tried pressure at the end of the game, but nothing that scared Fábio. In the end, triumph for the team that dominated the game from the first to the last minute.

Manoel vibrates a lot with the goal of the tricolor victory over Botafogo (Photo: MARCELO GONÇALVES / FLUMINENSE FC)