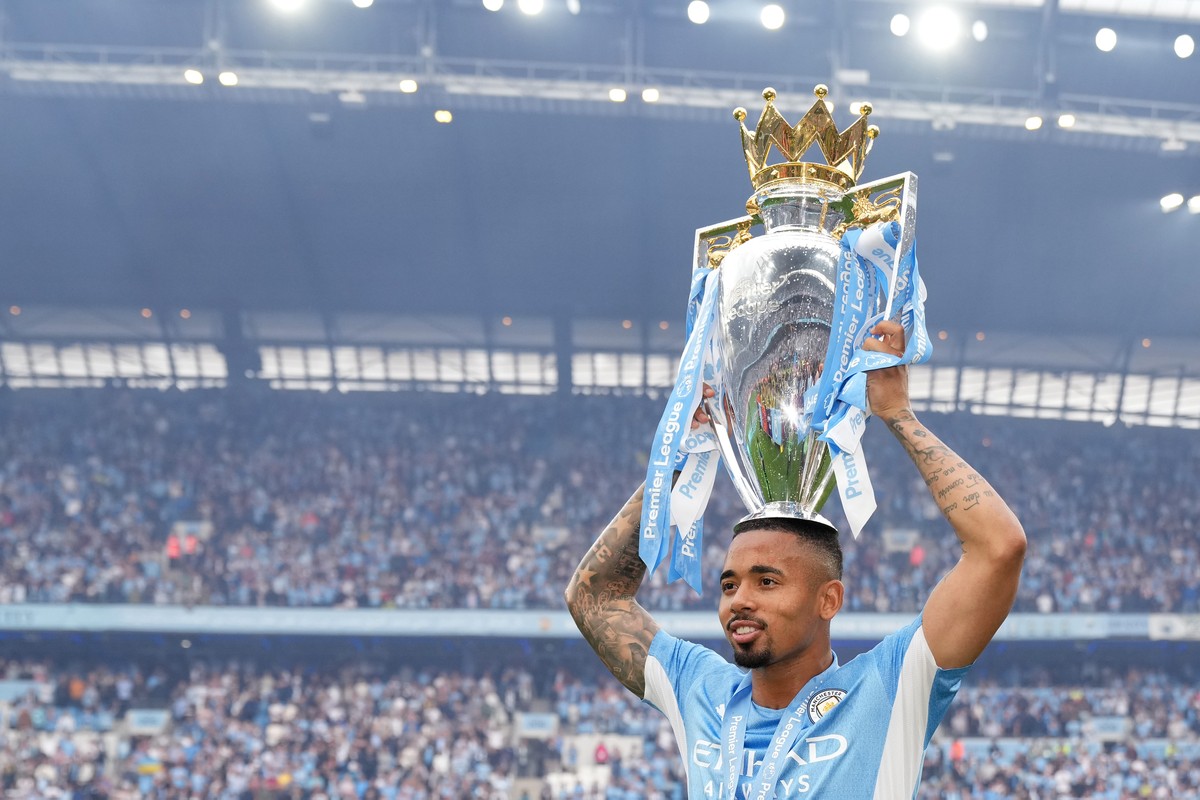 Gabriel Jesus is the new player of the arsenl. After five and a half years, the 25-year-old Brazilian striker will leave Manchester City next season. The transfer to the London team was closed for 45 million pounds (about R$ 289 million). He will sign a five-year deal and is expected to earn the club’s highest salary of £10 million tax-free per season.

conversations take place two months ago and since then the gunners were the favorites to sign with the ex-Palmeiras. Chelsea, Tottenham, Real Madrid and PSG even expressed interest in Jesus, but the expected role in the London team and the salary and purchase proposal from Arsenal put him ahead.

Businessmen Paulo Pitombeira, Marcelo Pettinati and Cacá Ferrari led the negotiations between the clubs. Gabriel will sign his contract until 2027 this Tuesday and is expected for the pre-season, which starts on Wednesday..

Palmeiras is entitled to 5% of the transfer shareas per agreement in the sale of Gabriel to Manchester City in 2016, plus 2% of the solidarity mechanism. With this, the Brazilian team should earn around R$ 20.2 million in the transaction.

Gabriel Jesus had one more year on his contract with City, but he was determined to leave the club even before the Haaland’s arrival. In the Gunners, he will arrive as the main signing of the season, he will be able to act as a striker and should have more minutes, something desired by the player before the World Cup.

The permanence in the Premier League and the good relationship with director Edu Gaspar and coach Mikel Arteta were also assets for Arsenal, who will not play in the Champions League in 2022/23. The coach was Guardiola’s assistant at City and worked with Gabriel Jesus at the club between 2017 and 2019.

Real Madrid also emerged as an option, but a bureaucratic obstacle hampered the business. In Spain, there is a limit of three athletes per club with nationalities from countries outside the European Union. At Real Madrid, Militao, Rodrygo and Vini Jr. cover that space at the moment. Vinicius is close to obtaining his Spanish passport, but not before the end of the year.

Gabriel had 13 goals and 13 assists in 41 games for Manchester City this season. In the Premier League, he scored eight goals and provided eight assists in 28 matches. In total, Jesus has 95 goals in 236 games for the Cityzens.

Jesus won 11 titles with City, where he has been since the beginning of 2017. There are four Premier League cups, four League Cup trophies, two FA Super Cups and one Super Cup. He was on the field in the last two friendlies of the Brazilian team and scored a goal in thrashed 5-1 against South Korea.

Previous Apple TV Presents WeCrashed, The Epic Rise and Fall of WeWork Predictions
Next INSS Proof of Life by cell phone: how to do it through the app?