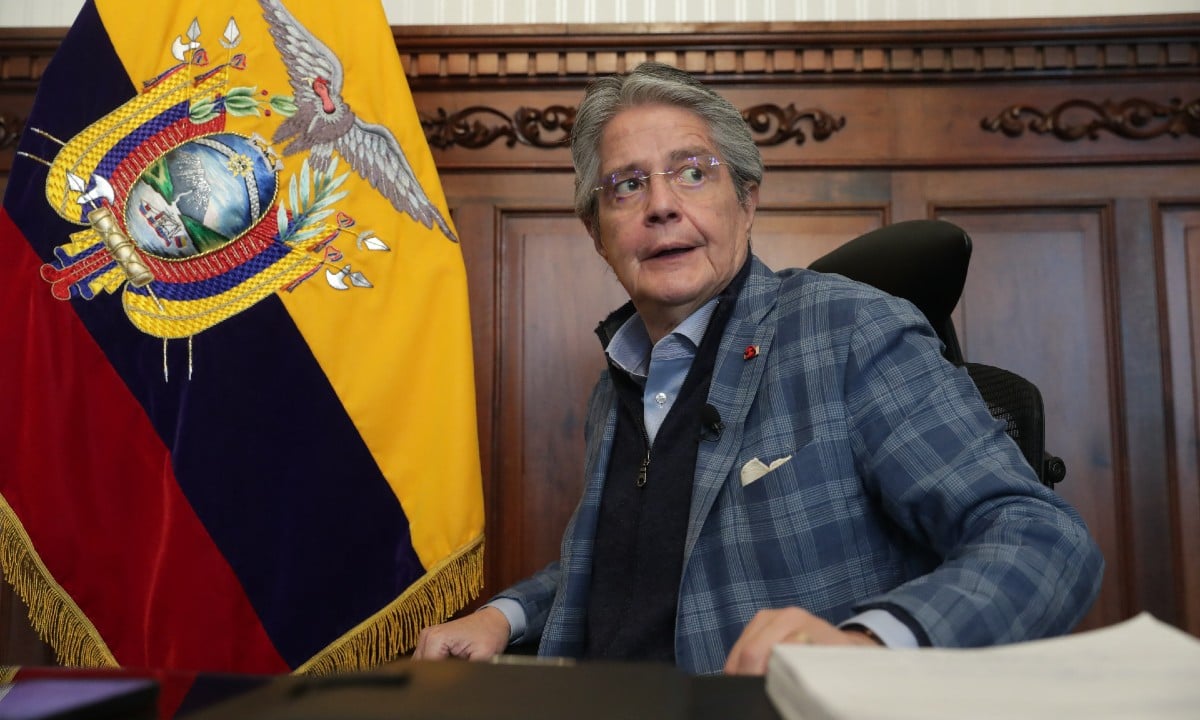 The president of Ecuador, Guillermo Lasso, faces a debate in Congress this Saturday 25 to vote on his removal due to the “internal commotion” caused by 13 days of indigenous protests against the high cost of living.

The plenary session is scheduled for 18:00 (20:00 in Brasília) before the convening of a third of the deputies of the National Assembly, who see in the right-wing president the cause of the “serious political crisis and internal commotion” that the country is experiencing.

Meanwhile, protests continue to shake Ecuador, especially the capital Quito, where around 10,000 indigenous people from their territories march in various parts of the capital chanting “Fora Lasso, fora!”

The 47 members of the Union for Hope (UNES) bench, linked to former socialist president Rafael Correa (2007-2017), yesterday requested the departure of the president, a former right-wing banker who took office in May 2021.

In isolation because of Covid, Lasso attacked the leader of the demonstrations, Leonidas Iza, president of the Confederation of Indigenous Nationalities (Conaie).

“Mr Iza’s real intention is to overthrow the government […] he has no control over the demonstrations or the criminality that his irresponsible actions have provoked,” Lasso declared.

Rivers of outraged people wearing red ponchos, sticks and handmade shields are demanding a reduction in the price of fuel, among other measures to alleviate poverty. They leave behind barricades with logs and burnt tires in a semi-paralyzed and exhausted city.

In the morning, hundreds of women organized a ritual in the north of the capital and then marched against the government. Some indigenous people went with their eyes painted with red stripes and carried medicinal plants.

“The entire basic food basket is very expensive and our products from the countryside (…) are worthless”, he told AFP Miguel Taday (39 years old), a potato farmer from Chimborazo (south), about 200 kilometers from Quito.

Ecuador gained a reputation as ungovernable after the abrupt departure of three presidents between 1997 and 2005 in the face of social pressure.

To pass, the impeachment requires 92 votes out of a possible 137 in Congress, in which the opposition holds a majority but is highly fragmented.

Lasso should be summoned to this afternoon’s session to defend himself and, in his presence, the debate will begin, the duration of which will be determined by the president of the Legislature.

Once the discussion is concluded, the deputies have up to a maximum of 72 hours to resolve the request for dismissal.

In case of approval, Vice President Alfredo Borrero will assume office and will call for presidential and legislative elections to fulfill the remaining term of office.

Ecuador, whose dollarized economy was beginning to show signs of recovering from the effects of the pandemic, is losing about 50 million dollars a day due to the crisis.

The government claims that lowering fuel prices, as demanded by indigenous people, would cost the state more than $1 billion a year in subsidies.

The last two nights in Quito were the scene of fierce clashes between security forces and protesters, with Molotov cocktails, fireworks, tear gas and stun bombs.

The 13 days of indigenous revolt have already left six civilians dead and a hundred injured, according to the Alliance of Human Rights Organizations.

The authorities registered more than 180 injuries among the military and police and promised to repress the demonstrations more rigorously.

The government guarantees that the indigenous people are returning to their territories, but the AFP found that thousands are still concentrated in three points in Quito.

“Here we will continue fighting, until the last consequences. The rank and file said we are not going back without results,” said Wilmer Umajinga, 35, who has been protesting in the capital since Monday.

Worn out by the crisis, with the trade closed and the shortage of some products, Quito is also the scene of counter-protests.

Hundreds of Ecuadorians are mobilizing in parallel with slogans against the indigenous leader: “Fora Iza, fora!”. Caravans of high-end vehicles roam the richest areas of the city, honking their horns and waving white flags.

The oil industry, Ecuador’s main export, is producing at 54% of its capacity due to the occupation of wells (918 closed) and road blocks amid the protests.

With no greater political backing, Lasso has the support of the military who closed ranks around his government.

The president “only wants to fight with his weapons, he only wants to do harm, he has no common sense with the indigenous people”, lamented María Luisa Maldonado, 48, from the city of Cayambe (north).

Previous Is it worth investing in cryptocurrencies in 2022?
Next Captain Marvel’s Star Is Being Canceled Over An Indian Film; understand