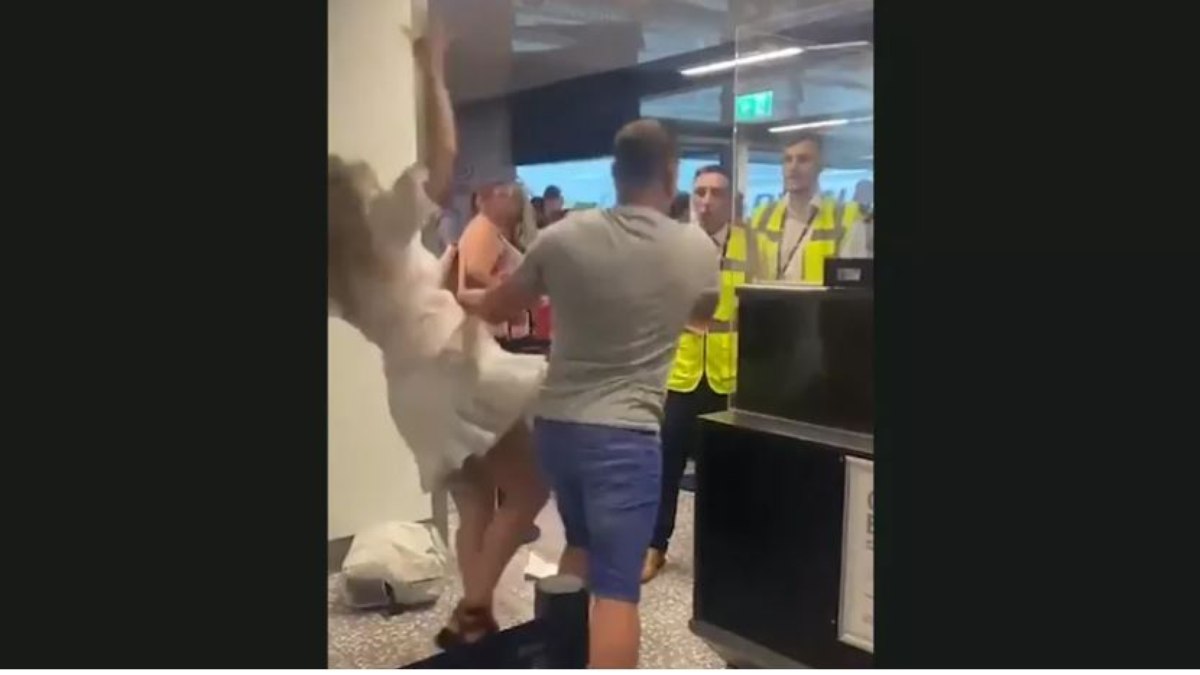 A man assaulted two employees at Bristol Airport in southwest England after boarding problems. In the video, the tourist, who was waiting for his flight to Alicante, Spain, pushed his wife and walked towards two employees of the place, one of whom he was having an argument with.

In a statement, an airport spokesperson said “anti-social, violent or threatening behavior will not be accepted by Bristol Airport or the airlines” and that “while these incidents are rare, we take them very seriously and will fully support any investigation. policeman”.

The case took place on the 17th, when a confusion occurred at the time of the couple’s boarding. The footage shows the woman complaining to an airport employee, while her partner looks on behind her and another employee tries to restrain her.

At a given moment, however, the passenger pushes his own companion and leaves towards the employees, hitting the first with a punch, which takes him to the ground. Then he will attack the other, while other people who are in the place observe the situation.

The passenger returns behind the wife, while another passenger holds the employee. The woman followed up with some cursing at them, before the confusion was dispersed.

Previous Atltico-MG X Fortaleza – Superesportes
Next Corinthians and Santos draw goalless in a reunion, for the Brazilian Championship