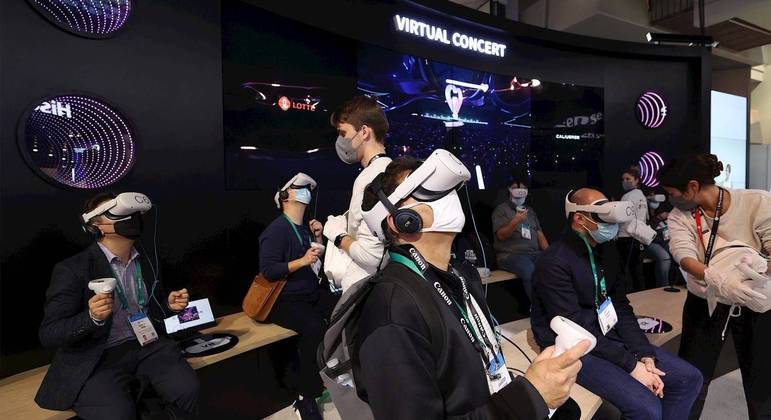 The use of social networks has become an important part of electoral campaigns. A new way of using virtual tools is the metaverse, an environment that expands the possibilities of campaigns, brings voters and candidates together and has already been used by pre-candidates for different positions in this year’s election.

Defined by Facebook as “the next step in the journey of social connections”, it can be explained as an environment that mixes augmented reality and virtual environment. UnB professor and technology specialist Vandor Roberto Vilardi Rissoli explains that the metaverse can be considered a “parallel reality”.

“It’s a set of software in which you don’t have a proprietary company, a virtual environment widely used in technology, where people will register, create the profile, the avatar and start interacting, participating, belonging to this parallel environment “, it says.

One of the uses of the metaverse comes from education. Medical students with virtual reality glasses, for example, could visualize a classroom, with the avatar of all the students and the teacher and a representation of a real heart, in three dimensions. “The perspective is not just from the political field. This environment will increasingly be simulating and representing the reality that we have in our daily lives”, says Vandor.

The use of virtual tools, in general, can attract relevant participation of young voters. Campaigns that encouraged the public between the ages of 16 and 18 to take the voter registration card provided a record in this age group. Between January and April 2022, the country gained 2,042,817 new voters of these ages, an increase of 47.2% over the same period in 2018 and 57.4% over the same period in 2014.

The metaverse, however, should, in the opinion of experts, draw attention, but it does not have the potential to be a factor of great impact for the election. According to the survey on the use of Information and Communication Technologies in Brazilian Households (ICT Households) 2021, released this month, Brazil is still a country with 35.5 million people without internet access. The percentage of households with access to the network fell between 2020 and 2021 among the population of classes B, C and D/E.

As in the entire electoral process, there are a series of rules that must be complied with in candidate actions, regardless of whether the environment is physical or virtual. The Superior Electoral Court (TSE) clarified to the R7 that possible infractions committed in the metaverse can be evaluated, provided that the cases are taken to the TSE through representation proposed by legitimate parties, such as the Public Ministry, candidates, political parties, coalitions and federations.

“It should be added that citizens can act as inspectors of infractions committed during the electoral campaign. It is possible to report irregular conduct through the Pardal app, available on Google Play and the Apple Store. The complaints are forwarded to the Electoral Public Ministry (MPE) for investigation and may support representations filed by the agency against offenders”, informs the TSE.

There is also the Disinformation Alert System, a platform where voters can report any practices related to disinformation, such as receiving false, decontextualized or manipulated news about the Brazilian electoral process.

Previous After revealing to be bi, Richarlyson wins support from Muricy: ‘You have to be happy’ – 26/06/2022
Next After four games without a win, coach Gilmar Dal Pozzo is fired from Sport | sport