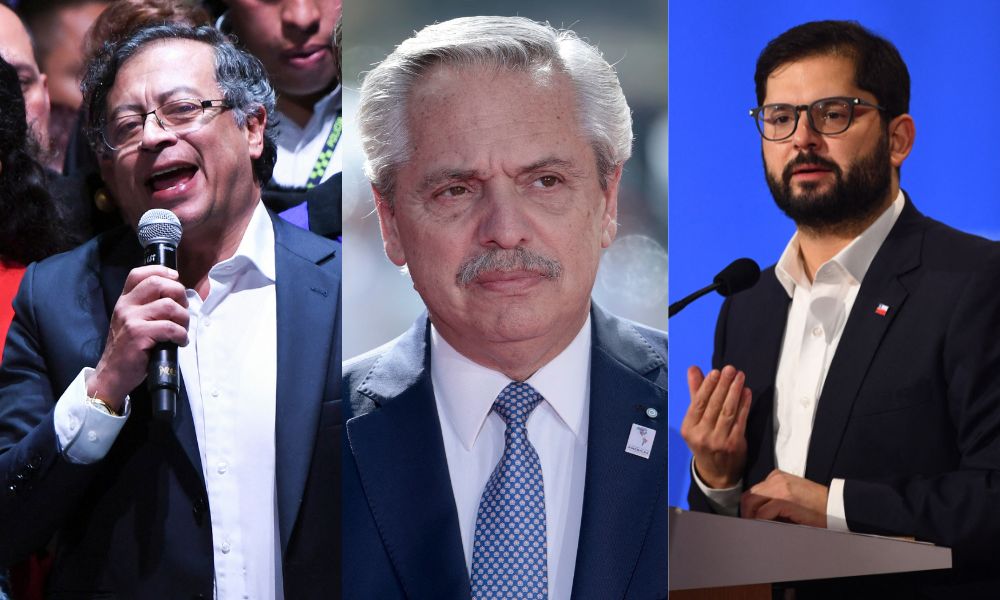 New pink wave? Of the 12 countries in South America, only four have right-wing rulers.

Petro’s victory in Colombia put the left on the rise again on the continent; election in Brazil could be decisive to crown this presence, say experts

THE Gustavo Petro win on Sunday, 19, during the Colombian presidential election, an alert was turned on in the South America: are we seeing the resurgence of a new pink wave? Of the 12 countries in the region, only four, including Brazil, have a right-wing ruler. The rest are led by the left. The scenario refers to the recent past, the first decade of the 2000s, when most countries had leftists as presidents. However, despite the fact that history seems to repeat itself, experts heard by the Young pan warn that the recent victories are more associated with a turn in the opposition than the political agendas themselves.

Arthur Murta, professor of International Relations at the Pontifical Catholic University (PUC), explains that the so-called pink wave became known for being a set of left, center-left and progressive governments that were “using the money raised from commodities to undertake political social and redistribution”, but points out that despite the leftist candidates being victorious in the last confrontations, he does not see “a Latin American population with leftist desires”. For Murta, what exists today in Latin America and in South America it is “a population dissatisfied with the current government and giving preference to the opposition”. The professor of International Relations at Insper, Leandro Consentino, agrees and explains that this discontent “paves the way for the advance of the left”. 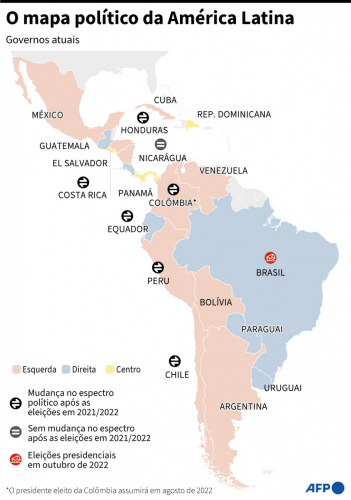 However, this is not the only point that needs to be considered. The worsening of the economic crisis, as a result of the pandemic of Covid-19, allowed left-wing candidates to take advantage of this scenario to make promises of “a quieter life and greater redistribution of resources”, explains Consentino. This social agenda was a “paved path for the left to ascend”. The Economic Commission for Latin America and the Caribbean (ECLAC) projects growth of 1.8% for Latin America and the Caribbean in 2022, despite an increase in poverty (from 29.8% in 2018 to 33.7% in 2022) and extreme poverty (10.4% in 2018 to 14.9% in 2022), especially in Mexico, Colombia, Brazil and Paraguay.

In an interview with Agence France-Presse (AFP), Jason Marczak, from the Adrienne Arsht Center for Latin America, United Statesdeclared that Petro’s election “is a reflection of the people’s frustration with the traditional political class and the people’s concern that democracy is not responding to the most basic needs and desires” and that “this concern has been amplified by the pandemic and the consequences of the war in Ukraine” which resulted in “rising prices of food, fuel and inflation”, Marczak said.

Petro, Colombia’s first leftist president, was elected with a promise to strengthen the state to improve health and education, raise taxes on the rich, and prioritize clean energy. However, before Colombia, the left returned to power in Argentina, Bolivia, Chile, Peru and Mexico. In most cases, even far from the more radical wing followed by Cuba, Nicaragua and Venezuela. Although the phenomenon echoes the “pink wave” that colored the regional map two decades ago, analysts point out differences. 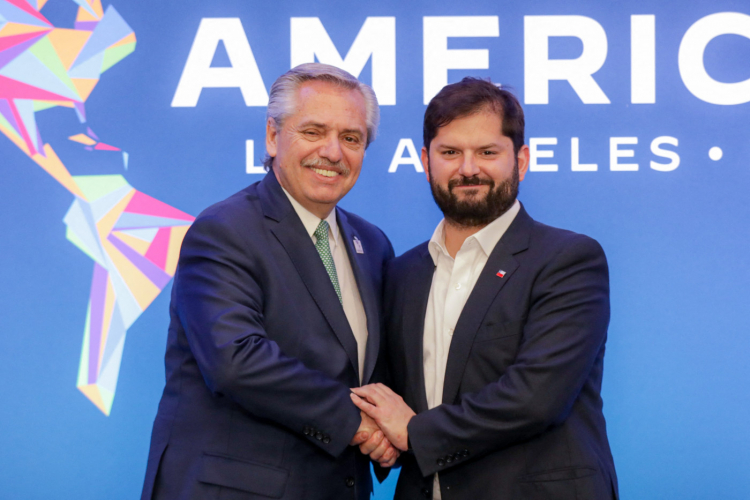 Consentino explains that, currently, there are two lefts: the new and the continuationist. “In the case of Chile, it is the most modern with different DNA, while in Brazil and Argentina it is the same as it was”. In an interview with AFP, Rodrigo Espinoza, a political analyst at the Universidad Diego Portales in Chile, states that “it is a different left from the one that took hold in Latin America after the victory of Hugo Chávez in 1998, Lula (2002), Ricardo Lagos (1999) ), Michelle Bachelet (2006) in Chile and the Kirchners (2003) in Argentina”. Murta, in turn, considers that this is a good opportunity for “the left to be able to show that they can respond to this demand” presented by voters.

Analysts, however, consider that the rulers will face a very different situation from that seen in the early 2000s. “In 2010, there was a lot of money coming into South America because of the demand for commodities,” explains Murta, noting that demand for products continued to be high in the region. “Emerging countries were interesting for foreign investors”, says the PUC professor. “The economy is not doing well and there are no signs of a quick recovery,” he adds. The professor also cites another problem: the fact that countries are “more divided than they were in the 2000s”. Another challenge, in his view, is having to deal with “an increasingly authoritarian right, governments that flirt with the extreme right and are increasingly democratic”.

Will Brazil crown the rise of the left or not?

Brazil’s presidential election will be decisive for the rise of the left, as it is the most important country in the region. According to experts, if Luiz Inácio Lula da Silva (PT) defeats President Jair Bolsonaro (PT) in October, as indicated by the voting intention polls released so far, the idea that there is a new pink wave will be crowned. Arthur considers that the narrative will be broken in case of Bolsonaro’s victory, because “Brazil is a key element and is of central importance for thinking about South American politics”. According to a Datafolha poll released on Thursday, 23, former president Lula has 47% of the voting intentions, compared to 28% for Bolsonaro, which indicates a difference of 19 percentage points between the pre-candidates that polarize the presidential race and a chance of winning in the first round. Consetino points out that, if Lula wins, “there could be significant changes and it would be a different dynamic to be observed”. However, it is necessary to wait for Brazil’s presidential decision to know what will happen in the short and medium term. 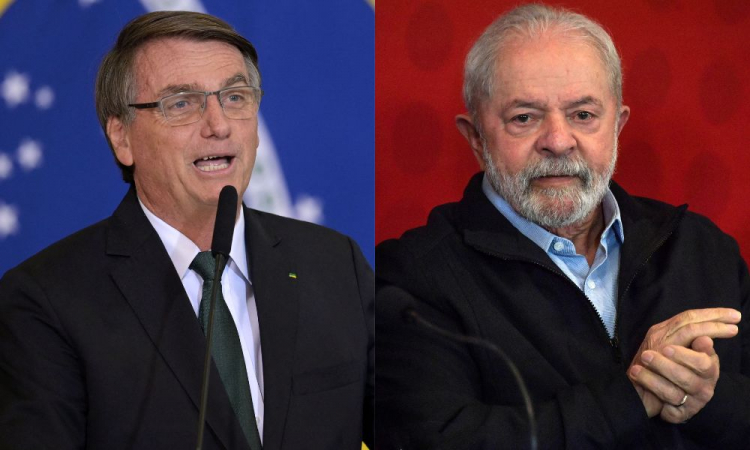 Despite the constant victories of the left, one thing that can be seen is a divided population, because in no election has the candidate won by a large margin in relation to the opponent. Consetino explains that we are experiencing “a moment of acute polarization”. Even with the rise of the left and the strengthening of the far right, experts do not think that South America is heading in the opposite direction of the rest of the world, since Emmanuel Macron defeated Marine Le Pen in France and Joe Biden was elected. against Donald Trump in the United States. The two losers were extremists. With the advance of social inequality and the increase in poverty rates, left-wing candidates stand out and are closer to coming to power, since voters have sought candidates who defend progressive agendas, in defense of social and community rights. LGBTQIA+, women and the environment.