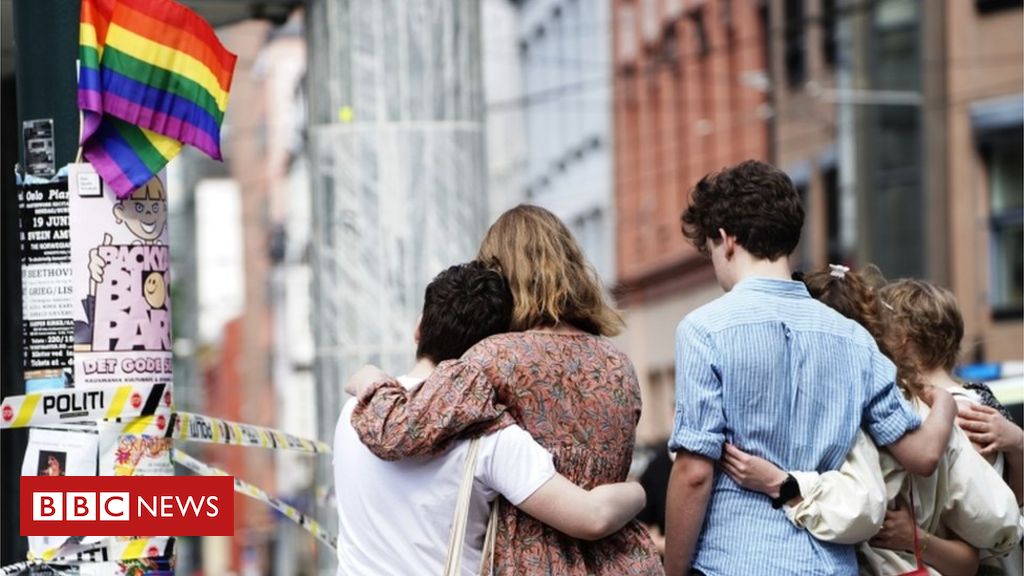 What is known about extremist attack on LGBTQ+ bar in Norway

A 42-year-old man has been arrested and charged with murder, attempted murder and terrorist acts following a shootout in central Norway’s capital Oslo.

Two people died and 21 were injured, 10 of them seriously, in a bustling nightlife neighborhood in the early hours of Saturday, local time.

Police said they consider the attack an act of Islamic terrorism.

Victims were shot in and out of the London Pub, a popular LGBTQ+ bar, and near the Herr Nilsen jazz club and another pub.

Witnesses said the suspect took a gun from his bag and started shooting, forcing people to throw themselves to the ground or flee.

The shooter was arrested minutes later. Two weapons were seized at the crime scene, one of them being automatic.

Authorities later said the suspect is a Norwegian citizen.

Norway’s terror alert level has now been raised to its highest level, although the country’s intelligence service said there was “no indication” that further attacks were likely.

Oslo’s annual LGBTQ+ Pride Parade was supposed to be held on Saturday and was formally canceled on the recommendation of the police.

But despite this, hundreds of people marched at the end of the day, shouting: “We are here, we are queerlet’s not disappear!”.

“I think it’s fantastic that this march is taking place, otherwise he would have won,” a 50-year-old woman told the AFP news agency.

Rainbow flags and flowers were placed near the site of the attack, while those present comforted each other with hugs.

The gunman had been known to security services since 2015 as a “suspect of being a radicalized Islamist” and had a history of mental illness, Norway’s intelligence service said.

“There are reasons to think it might be a hate crime,” police said. “We are investigating whether the event was a target in itself or if there are other reasons.”

King Harald, the monarch of Norway, said he and his family were “appalled” by the violence. He stated that “we must stand together” to defend “freedom, diversity and respect for each other”.

“To all homosexuals who are now scared and grieving, I say we are all with you,” he said on Facebook.

In the United States, the White House said it was horrified by the attack, expressing solidarity with Norway, according to the Reuters news agency.

Witnesses at the London Pub told how they fled to the basement, where 80 to 100 terrified people were trying to hide.

Bili Blum-Jansen told TV2: “Many called their partners and family, it seemed almost as if they were saying goodbye. Others helped calm those who were extremely terrified.”

“I saw a man arrive with a bag, he took a gun and started shooting,” said journalist Olav Roenneberg of public broadcaster NRK, who was in the area.

A woman told the Verdens Gang newspaper that the gunman took careful aim at his targets. “When I understood it was serious, I ran. There was a man covered in blood lying motionless on the floor,” she said.

Another man told the newspaper that he had seen many people on the ground with head wounds.

Previous CBLOL 2022: Boal celebrates debut and jokes: “I wish I had played a little more” | lol
Next Love and Thunder ~ Marvel Universe 616