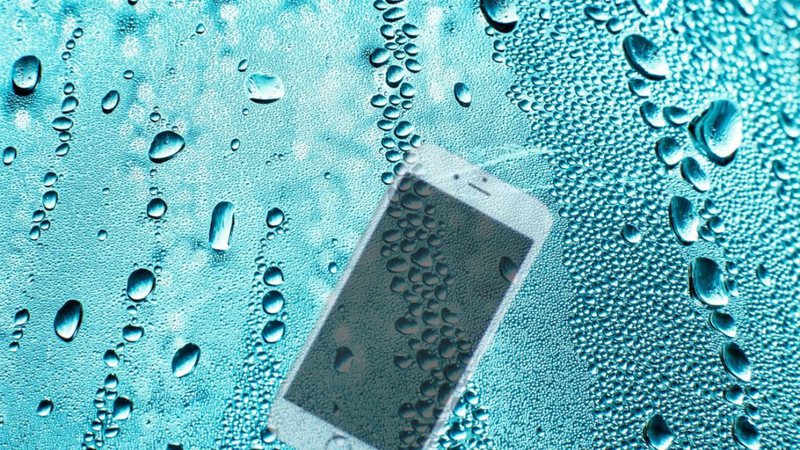 After 10 months lost at the bottom of the river, man recovers cell phone in a surprising way

The most unusual thing is that the device still worked; find out how it all happened!

Losing a cell phone is not a pleasant situation, but in the case of Owain Davies the situation was even worse as his iPhone fell to the bottom of the River Wye, near the city of Cinderford, UK.

It all started in August of last year, after a bachelor party, according to Davies reported to the BBC. “I was in a two man canoe and my partner probably shouldn’t have gotten up, and needless to say we fell over.”

Despair came when Owain, still in the water, noticed that his cell phone was no longer in his pocket. Although his device has protection to an immersion of up to 1.5 meters for up to half an hour, he was unable to locate it again. At least not until about ten months later.

Earlier this month, Miguel Pacheco, from Drybrook village, was canoeing down the river when he found something surprising in the water: a cell phone. Impressed with the discovery, he dried the iPhone with an air compressor and left it to dry in a ventilation cabinet.

The next day, when he plugged it into a charger, he noticed that the screen showed a photo of a couple, the calendar indicated the date of August 2021, the same day that Owain lost your device.

By sharing the story on her social media, her post went viral and was shared by more than 4,000 people. Friends of Davies recognized him and Pacheco made the contact to return the iPhone to its former owner.

Previous WSL: Results of the round of 16 of the Rio Pro guarantee Filipe Toledo in the Finals | surfing
Next Russia says Ukraine is to blame for missile in Kiev residential building