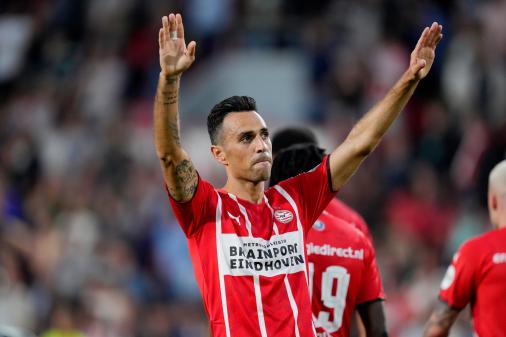 After refusing Botafogo, Zahavi sends a message to fans: ‘I considered playing for you’

The novel between Botafogo and Zahavi finally had a full stop. The striker refused Glorioso’s proposal and already closed with a new one Israel club. This Monday, the player sent a message to alvinegro fans through his social networks.

– Something unusual but respectful: I want to talk to all Botafogo fans who showed me love and respect during this period. I really considered going and playing for you guys, but I made my own decision for myself and my family, it was time to come home. I want to thank John Textor and André Mazzuco for all their efforts, I’m sure that with them Botafogo has a wonderful future! Good luck everyone, I will be your Israel fan – wrote the striker on his social networks.

Botafogo had been trying to hire Zahavi since February and, after four months of negotiations, the club did not get a happy ending. Family issues weighed on the player’s decision to refuse to play for Alvinegro. The attacker’s wife is said to be fearful for the safety of the city of Rio de Janeiro and they saw a return to Israel as a better option.

After the defeat to Fluminense this Sunday, John Textor revealed that he already has ‘plans B and C’ for Zahavi. The club entered into negotiations with James Rodríguez, but the Colombian did not accept the proposal as he did not want to play in Brazil.