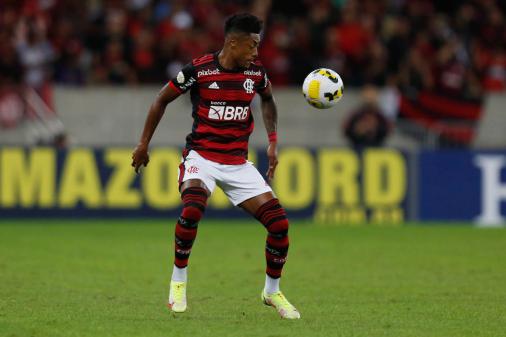 After surgery, Flamengo informs the next steps of Bruno Henrique’s recovery

This Sunday morning, Bruno Henrique’s surgery was performed, who suffered a multi-ligament injury to his right knee. The procedure, performed at Hospital Copa Star, was performed for reconstruction of the anterior cruciate ligament, lateral collateral ligament and posterolateral corner of the knee.

In a note posted on social media, the Flamengo confirmed that he will be discharged this Monday. In addition, the club also informed that Bruno Henrique will start physical therapy on July 4, at the CT do Ninho do Urubu. The attacker’s recovery period is estimated between ten and 12 months.

Luiz Antônio Vieira and Diogo Cals, accompanied by Flamengo’s Health and High Performance Manager, Márcio Tannure. The athlete will be discharged tomorrow (27th) and will start physical therapy, at CT Ninho do Urubu, on July 4th. The recovery period is estimated between 10 and 12 months. #CRF

REMEMBER THE CASE
Bruno Henrique suffered a multi-ligament injury to his right knee in the game on June 15, against Cuiabá, at Maracanã. After performing tests, it was confirmed the need for surgery, performed this morning.

On social media, Bruno Henrique expressed himself and classified the injury as the second worst news of your career. Later, the striker received support from teammates, former teammates, physical trainer Lluis Sala, Paulo Sousa’s commission, and even the Real Madrid.