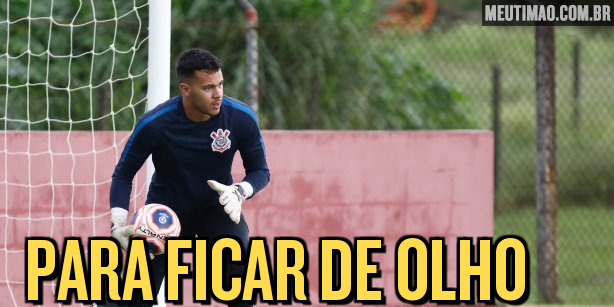 Base goalkeeper can gain space at Corinthians with new market moves

The mid-year transfer window hasn’t even opened yet, but Corinthians is making several moves behind the scenes. Some likely departures, by the way, should leave gaps – not for long, as there are spare parts at the base of the club. Goalkeeper Alan Gobetti, who was a starter in Copinha, can receive space in the professional squad.

This situation is due to the probable departures of Ivan and Guilherme Vicentini. Both archers are involved in negotiations for the next transfer window. The first is involved in the loan of Yuri Alberto, along with Gustavo Mantuan. The duo’s destination is Zenit, from Russia.

Guilherme, in turn, has advanced talks to go to Akritas Chlorakas, from the first division of Cyprus. The goalkeeper’s bond with Timão, it is worth remembering, runs until the end of 2022, and he would be free to sign a pre-contract with any team starting next month.

The young Alan, who has a contract until June 2023, broke the age of the Under-20 after participating in the Copa São Paulo de Futebol Júnior. With the extinction of the Under-23 category, the athlete was left in limbo. If the departures of his fellow position are confirmed, Alan would have a chance to move up and become an available piece for Vítor Pereira.

The goalkeeper position is one of the most crowded in the squad, as it currently has Cássio, Matheus Donelli, Ivan, Carlos Miguel and Guilherme Vicentini. For the U-17 team, the young goalkeeper played four games and remained unbeaten. For the U-20, there were 34 matches played, 16 wins, 10 draws and eight defeats.

It must be remembered that, despite a greater chance to appear, Alan will not be able to play in the Copa Libertadores if necessary. All because the goalkeeper was one of the four changes made by the club for the round of 16 stage – Reginaldo (on loan to Tombonense-MG), Jô (who left the club) and Keven (who may not renew and leave) are the others three that will leave the initial list valid for the group stage.

The four players who will be available to the coaching staff from the round of 16 onwards will be Rafael Ramos, Bruno Méndez, Wesley and Giovane. Corinthians begins the journey this Tuesday, when they receive Boca Juniors (ARG), at Neo Química Arena.

Previous Celebrities who don’t have social networks
Next Galaxy M53 vs Galaxy M52: what changes in Samsung phones | Cell