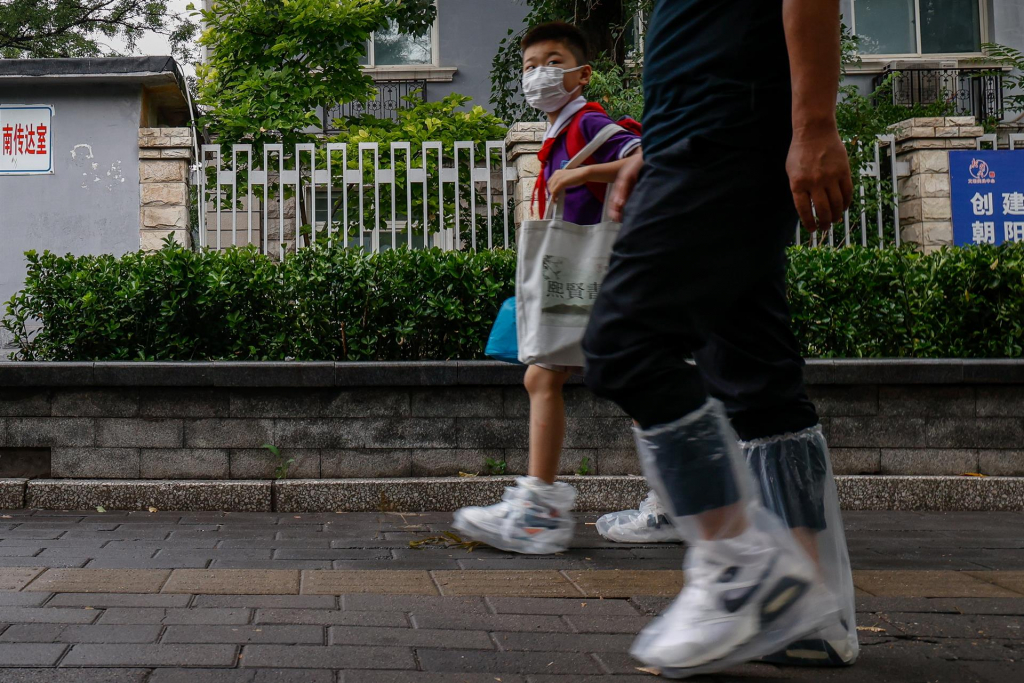 Beijing announces measures against Covid-19 for 5 years, then deletes mention

The situation attracted the attention of the population on Chinese social networks, such as Weibo, the local Twitter, and also appeared on Western platforms.

EFE/EPA/MARK R. CRISTINORestrictive measures against Covid-19 are announced for the next five years in Beijing, but an excerpt is then deleted from the document

the inhabitants of Beijing were intrigued on Monday, the 27th, after city officials announced in a report that maintain the various preventive measures Against the Covid-19 for the next five years, mention that disappeared shortly after the text in all state media. The original text said “in the next five years, Beijing has firmly adhered to the normalization of preventive measures against the pandemic” and “will maintain the Covid-19 zero policy as the main guideline”. The snippet was quickly eliminated from the text.

Despite the subsequent disappearance of the aforementioned part a few minutes later, the topic attracted a lot of attention on Chinese social networks such as Weibo, the local Twitter, and also jumped to western platforms. “If true, we will be the laughing stock of the world,” said one user, while others expressed disappointment: “Although I love the Party and my country, at this moment I also want to get out of here.” Beijing’s population has already accumulated nearly two and a half years of preventive measures against the coronavirus that have included the total closure of borders to tourism, minimum quarantines of seven days for all who enter the city. Chinamassive PCR Testing campaigns whenever a case is detected and isolation of all infected people and their close contacts.

Currently, Beijingers have to present a negative PCR result within the last 72 or 48 hours to access supermarkets, shopping malls and other public places. “How many ‘five years’ is a person’s life?” asked a netizen. The Weibo banner “During the next five years, Beijing will maintain normalized preventive measures”, which accumulated several messages, was also deleted from the platform shortly afterwards. The network did not explain why. According to the National Health Commission of China, since the beginning of the pandemic, 225,565 people have been infected in the country, among which 219,791 have been cured and 5,226 have died, although the total number of infected people is excluded from the asymptomatic. Last Sunday, 39 positive cases of Covid-19 were detected in China, five of them due to local contagion in Beijing and Shanghai.

Previous Steam’s Most Wanted Game, The Day Before Uses Help From Unpaid Volunteers
Next AI shows what Disney princesses would look like in real life