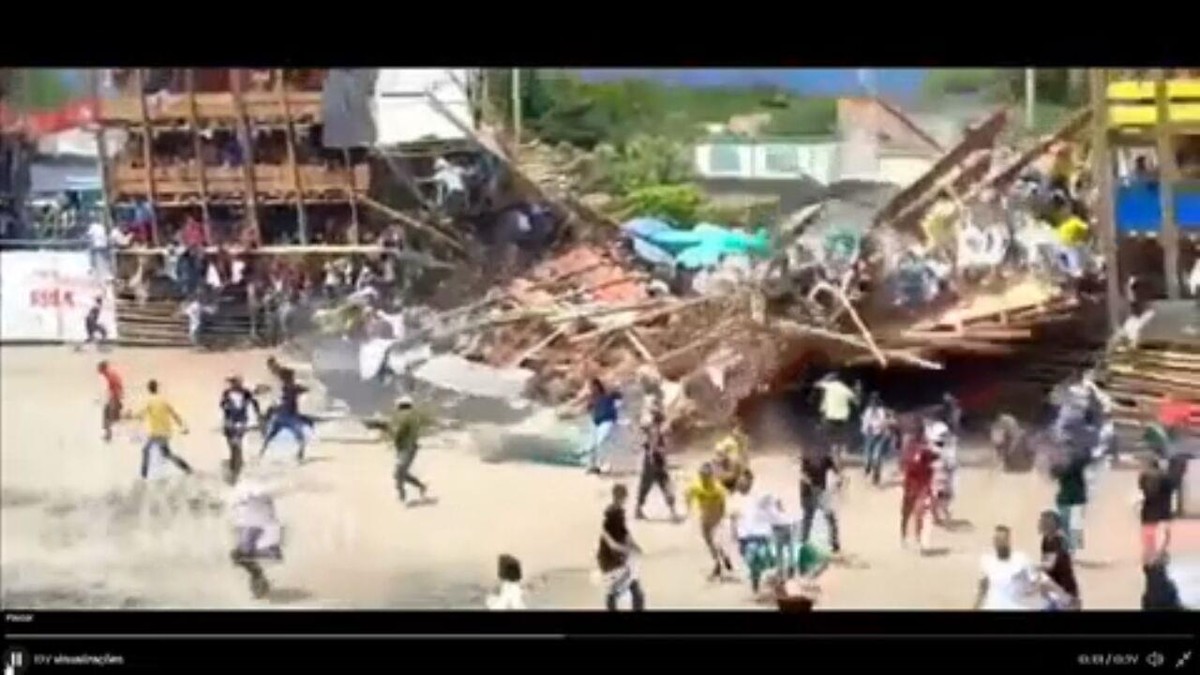 At least 5 people died and others were injured after a stand collapsed on Sunday (26) during a bullfight in Tolima, Colombia.

The total number of victims is not yet known, and the Colombian press cites different numbers of injured. The newspaper El Tiempo, which mentions local authorities, says there are 500 wounded. Radio Caracol says there are at least 60.

The accident happened during a traditional São Pedro event, when the public is encouraged to enter the arena with the bulls. According to the local press, a bull escaped from the stadium and caused panic in the municipality.

The bull that was part of the presentation has not yet been caught and is causing panic in the streets of Espinal. The municipality decreed a yellow alert to be able to respond to the emergency in a timely manner.

In an interview with Caracol radio, the director of Civil Defense, Major Luis Fernando Vélez, said that a group of volunteers is preparing to support the rescue efforts.

On social media, the president-elect of Colombia Gustavo Petro lamented the accident.

“I hope that all the people affected by the collapse can recover. This has happened before in Sincelejo. I ask the mayors not to authorize more shows with the death of people or animals”, wrote the president-elect.

Previous Renata Silveira and Lédio praise the attitude of Botafogo fans: ‘Understood the team’s difficulty’
Next From Xerém to the world: Luiz Henrique says goodbye to Fluminense, but takes the affection of the fans