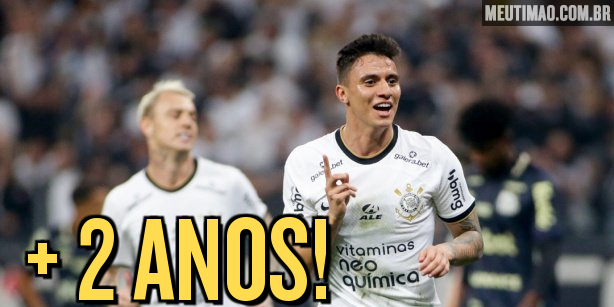 Corinthians agreed to renew the contract of attacking midfielder Gustavo Mantuan before the athlete went on loan to Zenit, from Russia. The player is part of the negotiation to bring Yuri Alberto to Timão.

The possibility had already been anticipated by the My Helm. Today, the player has a contract valid until January 2025. The renewal will be for two years and, from then on, Mantuan will have a contract until the beginning of 2027.

It is important to note that the renewal was one of the player’s requests before moving on to the Russian club. In addition to this condition, Mantuan also wants a contractual clause of immediate return to Brazil in case of need. It is worth remembering that Russia is still at war with Ukraine.

Mantuan’s trip to Russia is a requirement of coach Sergey Semak for Yuri Alberto’s release. The athlete from the alvinegra base is monitored by the Russians since he moved up to the Corinthians professional.

In addition to Mantuan, another Corinthians player involved in the negotiation is goalkeeper Ivan, hired by Timão this season. Both athletes will be loaned for one year to Zenit, which will have a fixed purchase price. The players will only go to Russia after the final of the Libertadores round of 16.

Currently a fundamental part of Corinthians, Gustavo Mantuan has 40 games for the club professional – 22 as a starter. The player has six goals scored by the Parque São Jorge team.

Previous Body of a 45-year-old man found charred in Viana. Authorities investigate causes of death » Famatv
Next How to stop neighbors from stealing your Wi-Fi password